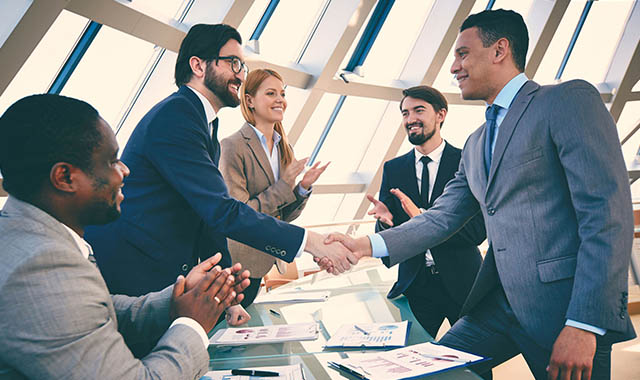 Rockford’s longest-standing optical store is under new ownership, and that’s leading to plenty of new benefits for patients old and new.

Since 1949, Northern Illinois Optical (NIO) has been a mainstay for Rockford-area patients seeking quality, affordable eyewear. In fact, the 73-year-old business has been at the same address, 121 N. Madison St. in downtown Rockford, for many decades and was owned by the same family until August 2022.

“Earl Fulling had sold eyeglass frames door to door in the late 1940s,” says new owner Sheri De Rosso. “Business was so good that Fulling decided to open a permanent operation and bring the customers in to his newly named business, Northern Illinois Optical Co., Inc. In a very short time, Fulling was successfully growing his optical store.”

De Rosso joined the staff at NIO in May 2015; Earl Fulling died that August.

“I had the privilege of working with Earl for such a short time as the new manager,” De Rosso says. “His son, Michael, was already the legal owner and had taken over the business several years prior. During my interview with Michael, I shared with him how I felt that I could help grow the business, and I think he got bored because he said, ‘Don’t tell me what you can do; show me.’ I said, So, you’re going to give me an opportunity? Michael said yes. Over the years, I have grown to love NIO to the point where I felt as if it were my child. I wanted to continue to help NIO grow.”

Within three years, Michael Fulling asked De Rosso if she wanted to purchase the business when he retired. By 2020, the pair had a contract drawn up, but Michael died in September 2021 before the sale/purchase to De Rosso was complete.

“I continued to work at NIO as the appointed president while the purchase contract was revised,” De Rosso recalls. “We were able to finalize the sale just this past August.

“The oldest optical store in Rockford is still locally owned and I’m thrilled to be able to promote and continue its growth,” De Rosso adds.

A Rockford native who graduated from East High School, De Rosso has firm roots in the community despite living away from it for many years. She moved to California, attended Santa Monica College, attended UCLA extension and studied graphic art. She has also lived in Italy, where she worked in television production and marketing for many years. During those years, she married and now has three adult children.

“I moved back to the States in 2015 thinking I would find work in Chicago,” De Rosso says. “My parents were still living in Rockford. I didn’t know what kind of work I wanted, but as a teen through my mid-20s I had worked in the optical industry. I’ve worn glasses since I was 7 years old. I love fashion, and eyeglasses are a fun accessory. I wanted to be involved with helping people and make a positive difference within our community. I found NIO.”

Her return proved to be beneficial for De Rosso and her mother, giving them precious time to spend with one another before her mother died unexpectedly four years ago. Her father is still living.

“As I said, I fell in love with NIO and I was pretty much given free reign being the managing director for the Fullings,” De Rosso adds. “It has a tremendous foundation in the community’s history as well as a strong promise for the future.”

One of the things De Rosso appreciates most is that the Fullings never threw anything away. Among the relics stored on the premises are boxes and boxes of vintage eyeglasses still in their original packaging that Earl Fulling put aside after they didn’t sell. He simply replaced them with new styles while not discarding any of the old models.

“Remember those cat-eye eyeglasses that you could accessorize with jewelry? We have them. Retro, we have them. So many unique styles,” she adds. “Old and new, we have pretty much everything a customer could desire.”

One of De Rosso’s ideas involves story walls that share some of the company’s vintage glasses, photos and equipment in an artistic timeline that showcases the history of NIO for everyone who walks through the doors.

“Now that I own it, I look forward to finding the time to put this plan into action,” De Rosso says. “Imagine a whole wall of history reflecting on both the businesses and Rockford’s past. We have customers whose patronage goes back decades, through generations. I believe these story walls will honor their support as well as the past.”

But NIO is also focused on the future, De Rosso adds.

“One of the innovations we are planning to introduce will help children manage and even overcome myopia at an early age,” De Rosso says. “The process helps them stabilize and even correct myopia. I want NIO to be ready for the future and embrace its past. We may be the oldest optical business in Rockford, but our vision is on the future through providing the latest technology.”

De Rosso has been implementing many changes to the store, including new eye-exam room chairs with wheelchair accessibility, new equipment, new office software and many more changes, both needed and fun.

“We open early Tuesday through Friday to accommodate those who work,” De Rosso says.

De Rosso adds that her staff reflects the growing and diversified needs of the greater Rockford community. In addition to herself, NIO has two licensed optometrists on staff: Drs. Norbert J. Kulpinski, O.D., and Charles D. Pearson, O.D. Supportive staff include in-house opticians, technicians who pre-test patients, a laboratory technician, a receptionist and billing personnel.

“We embrace the history of NIO,” says De Rosso, “and we look toward the future of still serving our community with their vision needs.”