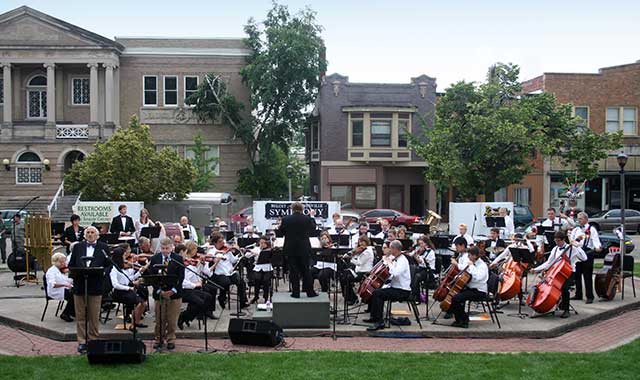 Opened more than 100 years ago, this Wisconsin venue has become a premier destination for up-and-coming acts. With renovations, new performance spaces and new acts, the opera house is preparing for the future.

Wisconsin is filled with communities that exude charm, personality and natural beauty. Treasured venues like the Stoughton Opera House, 381 E. Main St., Stoughton, Wis., call the state home. Known as southern Wisconsin’s most charming theater, the Stoughton Opera House is a beautiful, Richardsonian-Romanesque style landmark that attracts patrons from Madison, Minneapolis, St. Louis, the northern Chicago suburbs and other parts the Midwest. More than 85% of its patrons come from outside its ZIP code.

With its reputation as a premier venue for Americana music, like bluegrass, jazz and blues, the Stoughton Opera House has become a destination for both performers and fans. Musicians like Arlo Guthrie, John Sebastian and Richie Haven have performed at the venue. It is one out of 125 opera houses that still exist in the United States and it is independently owned and operated. In a time where venues are all made to feel the same, the Stoughton Opera House offers a little something different says Director Bill Brehm.

Formerly known as the City Auditorium, the Stoughton Opera House opened in February 1901. Today, the theater sells between 20,000 and 23,000 tickets each year, with a season that runs from the beginning of September until the middle of May. Each July, the next season’s lineup is announced during the annual Catfish River Musical Festival, hosted by the Stoughton Opera House Friends Association. The theater also hosts a variety of community-based events that don’t require reserved tickets but will accept donations at the door.

Right before the pandemic, renovations began on the Opera House’s first floor. The end result was the Ghost Light Lounge, a distinctive space that offers a small stage for pre-performances before the main show. It also includes a literal piano bar, fashioned from two salvaged pianos.

The new lounge allows for concession sales that include light snacks such as chips, nuts and cookies, and beverages including soft drinks and regional beer, wine and cider. The lounge’s name borrows from the theater tradition to keep a lamp lit at center stage when no shows are in progress, a tradition that either appeases the ghosts that are thought to inhabit theaters like it, or else keep them at bay.

“I think it’s a fun space,” says Brehm. “We tried to interject a little bit of whimsical quality to it.”
In addition to creating the Ghost Light Lounge, the Opera House found other opportunities through additional funding that became available during the shutdown. A new recording studio was built, along with streaming equipment, cameras and an additional audio board. With the new studio in place, performers can now record their own music, in addition to performing it onstage. A new ticketing system was put in place, and the streaming equipment allows the Opera House to tap into a new market of patrons.

“This has opened up the music space to people who might have been shut out otherwise,” says Brehm. “There is an underserved population who are super excited about seeing live music. There are people with mobility issues or who can’t leave their house. There are families with kids who could not attend because they can’t get a sitter. There are still a lot of people who still appreciate the fact that they’re able to watch shows remotely. The world has opened to them.”

Thanks to the streaming option, theatergoers can now switch their in-person ticket to a remote ticket if they are not feeling well or if they feel like staying home but still feel like being part of the show.

In February 2021, to honor its 120th anniversary, the Opera House held its first streaming event, hosted by Christina Dollhausen, Stoughton Opera House’s booker and a performer in her own right. Dollhausen has been a constant presence at the Opera House since 2007 and is well known by audiences. She organizes the venue’s volunteers and introduces acts with short songs of her own. The event became a moving experience, welcoming music lovers back to the Opera House and breaking the loneliness and isolation many felt during the closure. It was an appropriate celebration to mark the Stoughton Opera House’s 120-year mark while also signaling the beginning of a new chapter for the venue.

The Opera House is seeing an uptick in sales and sold-out shows as it gets back to its 2019 numbers more consistently. It also celebrated a record-breaking year of membership renewals and a packed lineup for the 2022-2023 season.

The North Carolina gypsy, swing and jazz band offers a repertoire of quirky chords and folk-infused numbers with a bit of punk influence, for good measure. The Squirrel Nut Zippers play their unique brand of perennial favorites on the Stoughton Opera House stage on Nov. 10.

Country Music Hall of Famer Marty Stewart’s show proved to be so popular that a second show has been added on the evening of Nov. 12. Brehm is also excited to see the John Jorgenson Bluegrass Band hit the stage Nov. 19. The Opera House also has some exciting performances in December, followed by a jam-packed spring.

Recently, the Stoughton Opera House raised over $100,000 to upgrade the venue’s 475 wooden seats, preserving the original hat racks found under each seat while upgrading the comfort and reupholstering each seat in a historically appropriate fashion. Brehm is also sitting on other exciting developments he promises will be revealed as the season gets underway.

With the renovations, new performance spaces, and new acts, the Stoughton Opera House has its sights set firmly on the future. At the same time, Brehm and his team continue their efforts to keep their Opera House the same source of pride and first-class performance that has made it a favorite for entertainers and audiences alike for over a century.

“We’ve got great music,” he says. “We’ve got superb acoustics in the room and a great sound system. We also make our patrons feel special and not just another customer being shuffled in and out.”