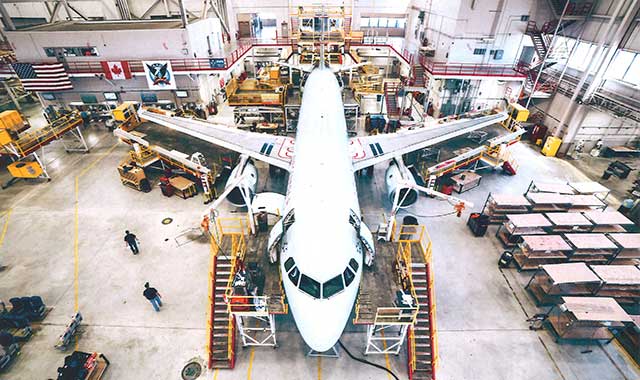 Inside AAR: An Aerospace Win at Rockford’s MRO

A decade after launching a strategic improvement of the Rockford region, this group is shifting its focus toward a new phase in the journey.

A lot can happen in a decade, and in the Rockford region things truly have changed.

Once labeled among America’s most “miserable cities,” Rockford is thriving in new ways, and the word is getting out. Downtown is a thriving hub with new attractions. Neighborhoods are getting renewed attention. Educational priorities are realigning. Businesses are growing and nonprofits are making gains. People across the region are coming together like never before.

The nonprofit Transform Rockford has played a significant behind-the-scenes role in this landscape of change. In its mission to transform our region from within, this organization has united leading voices behind a common vision – a vision of becoming a Top 25 community.

Much has been accomplished since its launch in 2013, but much still remains to be done. As this mentality of self-improvement takes root in the community, the leaders behind Transform Rockford find that it’s time to refocus their role.

“The conclusion we’ve come to is that, to be truly transformational, we need to focus on the family and the residents of our community and help them build their best lives,” says LoRayne Logan, steering committee president and a founding member of Transform Rockford.

Things looked much different in late 2012 when leaders in business, government and nonprofits – including Logan – started discussing the state of their city. Their hometown had recently made Forbes Magazine’s list of “Most Miserable Cities,” and there were plenty of data points to back it up. But they also recognized the city had much to offer.

Something had to change; Superman wasn’t coming. So, these leaders set out to help the city strategically renew itself. In those early years, they used listening sessions to uncover the real issues. They drew up a vision and coalesced around 14 common themes including education, safety, healthy lifestyles, infrastructure, jobs, families and living the brand.

Volunteers assembled and got to work, identifying best practices in thriving communities and envisioning the sorts of projects that could truly transform the Rockford region. From that work came things like Illinois’ first Family Peace Center, Blue Zones that measured health outcomes, developmental assets to empower youths, college and career readiness initiatives, and much more. Organizations and businesses took the lead. It felt like progress.

“A lot of disruption happened,” says Couper. “There were a lot of issues in our community. Connectivity was broken. People were trying to figure out what was going on. Transform Rockford decided it was time to look inwardly and figure out what was our next step. That’s where our refocusing and reimagining started.”

The steering team re-examined each of Transform Rockford’s 14 impact areas, trying to understand what had been achieved and what was still left to be done. They asked: Were there projects that still needed to happen or ways they could better align key players?

“As our project manager, Spitty Tata, likes to say, many of our projects were in the capable hands of others,” adds Logan. “That was always our intention. So, we’re not going to focus on projects anymore. Instead, we’re going to identify who’s doing what and ask them how we can be significant and helpful. We’ll continue to communicate, collaborate, convene.”

The organization’s renewed vision sees this community not so much as a ranking but as a community of choice for those who would live, work and play here. But therein lies one of the biggest challenges moving forward: Rockford’s own self-image isn’t always so positive. Still, if we can see and feel change in the region – and feel positive about where we live – then anything is possible, Couper says.

“For families who feel there is despair in their lives, we want to alleviate that,” adds Logan. “We want this to be a community where people want to move and people want to stay, and there is a vibe that we are alive, vibrant, full of promise – and that people who live here recognize that.”
But first comes the transformation within.