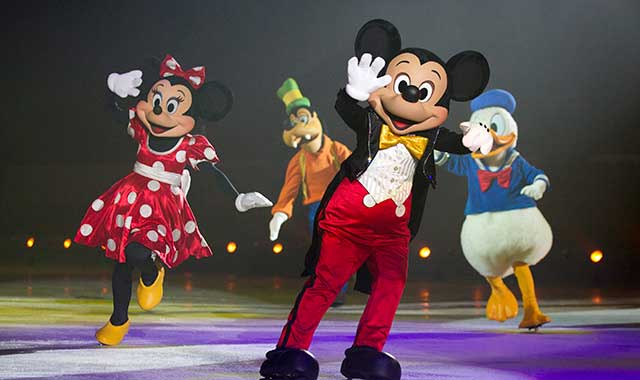 From its humble beginnings as a small supper club to an award-winning dinner theater, this Fort Atikinson icon returns with a lineup that plays right into the holiday spirit and a winter to remember.

The weather outside may be frightful, but the Fireside is so delightful.

Fireside Dinner Theatre, 1131 Janesville Ave., in Fort Atkinson, Wis., began as a small 120-seat supper club 58 years ago. Now it’s an award-winning dinner theater that attracts thousands of guests annually to see theatrical performances and live musicians. The top-notch talent keeps people coming back, but it’s the theater’s family feel that gets them hooked on their first visit.
Julie Nordeen, Fireside’s marketing manager, has been a part of the for 40 years.

“I’m on my third generation of owners, and it’s still fun,” she says. “The Klopcic family started the Fireside Theatre based on the philosophy that people return to where they are made to feel welcome.”

This winter, Fireside Dinner Theatre offers up an impressive lineup of performances, from live musical acts to musical theater based on the popular 1950s Irving Berlin film “White Christmas.”
“The stage version of this show is really new,” says Nordeen. “Most people know the story from the Bing Crosby movie, but seeing it on stage is always more exciting.”

Even with dozens of showings in November and December, tickets to “White Christmas,” which runs Nov. 3 to Dec. 23, are expected to go quickly. In fact, some dates have already sold out. Ticket prices, which include a gourmet dinner, run just under $90 each and around $60 for kids ages 14 and younger.

“The entire facility will be decorated when the show starts at the beginning of November,” Nordeen says. “So, even if it’s not Christmas week when you come, you’ll get that Christmas experience. And the gift shop will be full of holiday merchandise and gift items.”

Like other shows at Fireside, “White Christmas” features professional singers, dancers and actors from Broadway.

“I think the fact that we cast in New York is something people don’t realize,” Nordeen says. “The quality level is equal to the Broadway tours and shows you see anywhere else in the area, but for a lot less. It’s an affordable experience that is really high-value.”

This dedication to finding quality performers is the real reason for the magic onstage. Fireside’s casting team flies to New York three to four times each year to hold auditions.

“These are the same people in the national tours, and some are working on Broadway,” Nordeen says. “We’re really happy to have that pool of people to pull from. It’s a nice mix of talented people.”
Over the years, these performers have found a home at Fireside and come back time and again.

“If you come often, you’re going to see familiar faces that have been in some of the other shows,” Nordeen says. “They love coming here.”

Attending a show at Fireside is an immersive experience. The auditorium is designed in-the-round, which means the audience surrounds the square stage on all sides. Attendees sit closer to the stage than a traditional theater layout would allow and, instead of the set only being on the stage, it’s spread out to include the entire seating area.

“We use both the space and the technology to set the stage,” Nordeen says. “We utilize the walls on the back of the theater for scenery, and we have also started using television screens in the corners.”

After “White Christmas,” it’s on to New Year’s Eve.

“We’ll have two performances of ‘Ring In The New’ on Dec. 31,” Nordeen says. “We’ll have Steve Watts and the Fireside Band, plus singers who will do a variety of pop, Broadway, jazz and rock ‘n’ roll tunes. We’ll serve everything from stuffed pork chop to lobster for that show.”

And with New Year’s Eve falling on a Saturday night this year, it’s the perfect time to head out and celebrate.

When the calendar flips to 2023, Dean Z, the award-winning Elvis impersonator, kicks off the season in mid-January. “The Ultimate Elvis” plays tribute to the life and legacy of the king of rock ‘n’ roll.

“Dean Z is truly considered the ultimate Elvis,” Nordeen says. Portraying the King professionally since he was 17 years old, Dean Z has headlined tribute shows in places like Vegas, Japan, Australia and Denmark, and he’s produced an album/documentary compilation about the King at the legendary Sun Studio in Memphis.

“Wyatt plays at Jason Aldean’s restaurant, so Jason must think he’s OK,” Nordeen jokes.
Guests can buy tickets to just one concert or get discounted ticket pricing when they buy a pass for the whole season.

Unlike most other theaters, Fireside bundles the cost of dinner and the show into one ticket. Collaborating with the owner and operations manager, the executive chef thoughtfully crafts the menu. For “White Christmas,” the menu features a shrimp-and-scallop appetizer, a mouthwatering array of entrees and cranberry orange cheesecake for dessert.

“Some of these items have been favorites for a long time,” Nordeen says. “But we try to mix in some new things every season and branch out, too.”

For tickets, pricing and other information, head to firesidetheatre.com or call the box office at (800) 477-9505.

Of course, visit to Fireside Theatre would be complete without a stop at the well-stocked gift shop. You can buy everything from home decor and kitchen accessories to handbags and toys. There’s also an online store, which represents a tiny snippet of what’s available.

“We kicked off the online shop during COVID because we got shut down,” says Nordeen. “We try to keep it populated with things that are going to be staples – things we’re always going to have.”

Those interested in shopping at the Fireside should mark Nov. 15 on their calendars. “The gift shop has an open house that day,” Nordeen says. “Most merchandise will be 20% off from 2 p.m. to 7 p.m. It’s a holiday shopping kickoff event.”