Healthy Seniors: When You Need a Helping Hand

When the holidays are in full swing, the kitchen becomes an epicenter for great gatherings. Check out these expert remodeling ideas for a kitchen that fulfills all of your holiday wishes.

The holiday season is a time for baking delicious treats and cooking savory meals. It’s also a time for hosting holiday parties that will, inevitably, end up as holiday kitchen gatherings.

The kitchen is the heart and soul of your home and, while it’s too late to renovate your kitchen for this season, now is the perfect time to craft your wish list and optimize for next year’s family gatherings.

Here are some ideas from the experts on how to create a kitchen that stays merry and bright the whole year round.

Let Visions Dance in Your Head

Whether it’s a few minor changes or a gut renovation, the most important part of any remodel is to make the room your own.

Tami Blevins is the owner of Blevins Kitchen and Bathroom, formerly Kitchens By Diane, 6346 E. Riverside Blvd., in Loves Park, Ill. She recommends starting with a visit to Pinterest.com to gather design ideas for your designer.

“We always encourage inspiration photos to help us understand the styles and the color schemes that you’re looking for,” she says. “We want to know your interests and preferences.”

Blevins has worked in kitchen design and showrooms since 2005, and she believes character is just as important in a kitchen as function.

“I like to break things up a bit,” she says of her own kitchen. “I have multiple colors and door styles.”
Tod Chapman, of C&H Design, 6506 Logan Ave. in Belvidere, has more than 20 years of experience creating functional and inviting kitchens. He recommends sitting down with a designer for a conversation about what sorts of changes you’re looking for.

“I want to figure out exactly what they’re envisioning,” says Chapman. “I want to know if we’re taking out walls. Is this a complete remodel? Or is it a refresh where almost everything is going back to where it was? I want to know what their expectations are, as well as the scale of the project.”

While talking with your designer, don’t be afraid to get in-depth with your hopes and needs.
“Share what you need,” says Blevins. “Is it a bigger island? More counter space? More storage? The more you share, the better we’ll be at fitting all your ideas in.”

Also, if the contractor you’re working with is unfamiliar to the designer, make sure everyone is on the same page. Blevins recalls a client who had been given bad information before coming to her.

“For a year and a half, they had been told that they could knock out certain walls in the kitchen of their two-story home,” she says. “I brought an architect to the home and discovered that we couldn’t do that. Now, we’re in the process of redesigning the whole kitchen.”

While photos and Pinterest boards are a great way to blue sky your project, a spin through your designer’s showroom will help you nail down specifics and familiarize yourself with the brand names your designer trusts. Showrooms will also help you define your aesthetic. Are you a fan of the ornate traditional kitchen? Or do you prefer the simple, clean lines and minimal embellishments of a modern design? If you can’t decide, don’t sweat it. You can always go with the in-between transitional style.

“Transitional is for those who can’t decide if they’re traditional or modern,” laughs Blevins. “It’s a mix between the two.”

Once you’ve finished your consultation, the designer will visit your kitchen to see what they’re working with.
“I like to have a look around and get a feel for the space,” says Blevins. “I usually take a lot of pictures and measurements, and then I come back to the showroom, sit in front of the computer and use those photos and our software to visualize the best design.”

Give Yourself the Gift of Space

“You need to make sure there is enough room between the island and the cooking area, the sink and the refrigerator,” says Blevins. “Also, the kitchen is the main room where everyone gathers, especially during the holidays.”

If the parameters of your home allow for it, an open-concept kitchen is the best way to create room for cooking, baking and guests. This design includes few, if any, interior walls.

“I like an open-concept kitchen, but there has to be enough space and area,” says Chapman.

Creating the space and area for an open concept often involves removing walls – provided, of course, that the walls aren’t structural. Space that isn’t broken up with walls has the advantage of spreading holiday cheer, better traffic flow, additional light and versatility. If you’re a messy cook, on the other hand, or if you don’t want unwanted noises or cooking smells to waft into other areas of the home, an open concept might not be for you.

Storage is also an important way to make sure you have room in your kitchen. Large appliances like microwaves, stand mixers and coffee makers can squander valuable real estate on your counter. Maneuvering around the blender while chopping carrots isn’t particularly efficient.

For Chapman, storage accessories are the best way to keep these obstacles at bay.

“Pullout garbage cans and spice drawers are your friends,” he says. “They’re not only going to maximize your floor and counter space, but they’ll save you cabinet space as well.”

Appliance garages are also making a comeback. This space saver, built directly into the counter or pantry, conceals appliances behind a liftable door.

“They’re really nice and convenient,” says Blevins. “They provide easy access to your appliances but also make your kitchen look nice and clean.”

Another storage solution to ask Santa for is a microwave drawer. Designed to fit under the counter instead of the wall above, this appliance takes a once predominantly displayed fixture and places it out of the way it in an elegant yet low-profile setting. Chapman notes that microwave drawers are becoming a hot commodity now that people are becoming aware of their many benefits.

“Years ago, there was only one brand of microwave drawer,” he says. “Now a lot of companies are coming out with them.”

Cabinet designs can also include accessories that keep your tools in an organized place. For stand mixers, Blevins recommends a lift cabinet that swings into place.

“That would take a huge appliance off your countertop,” she says.

Put Your Elf on Your Shelf. Or a Cabinet. Or a Drawer.

Cabinets come in a variety of shapes, sizes, styles and brand names. Your designer will help you decide what works best in your kitchen.

On the other hand, you may decide your new kitchen doesn’t need traditional cabinets at all.

Blevins is seeing a lot more drawers than she once did, mostly due to their ergonomic advantage.
“With rollout shelves, you have to open the door, roll out the shelf, take the item and roll the shelf back in and then close the door,” she says. “Drawers just have one step.”

Drawers are also much sturdier for storing heavy pots, pans and large appliances. And, since they pull out all the way, drawers offer a birds-eye view of their contents, making items easier to find and organize.

Wall storage is experiencing an evolution as well, with many newer kitchens embracing an open-shelf concept. Chapman sees open shelves as beneficial, provided your kitchen has the wall space to accommodate them.

“If your kitchen is set up for open shelving, it’s a great idea,” says Chapman. “It’s not for everyone, but some people prefer open shelving throughout their entire kitchen.”

Blevins agrees, pointing out that this approach takes a certain taste to put your dishware and other items on full display. Those who appreciate a minimal, airy look are most likely to seek out this approach.

“A lot of people like that open, farmhouse feel,” she says. “Open shelves can really brighten things up.”

Rockin’ around the Countertop

Kitchen countertops are much more than a work surface. They are a focal point that can anchor the entire space. Countertops are where form meets function, and deciding what material to use should not be taken lightly.

When it comes to those materials, stone is here to stay. Blevins is a fan of Cambria quartz, a high-end engineered stone surface that has become the standard in kitchen design.

“I’m a premier dealer in Cambria and I believe in their products,” she says. “Cambria is extremely durable, and they have over 300 colors to choose from.”

“That’s about 70% to 80% of what we’re putting in,” he says. “Quartzes have a lot of different colors. They’re a similar cost to other stone surfaces and they’re virtually maintenance-free.”

Both Blevins and Chapman are fans of the kitchen island – assuming, of course, that there’s room in your new kitchen.

“You definitely need a kitchen that can support an island, if you’re going to put one in,” says Chapman. “You’re better off without an island if you have no space surrounding it. If your layout supports an island, they’re definitely a nice workspace to have.”

Blevins also feels that islands add a huge boost to your kitchen and that everyone who can accommodate one should have one.

“That’s going to be the gathering point of the kitchen,” she says. “When you’re throwing a party, you can fill it with food, and everyone will stand around and graze. That’s where conversations happen or where you bake Christmas cookies with the grandkids. It’s a nice, big surface for cooking or projects. Whether there’s seating or no seating, that’s where you spend quality time.” 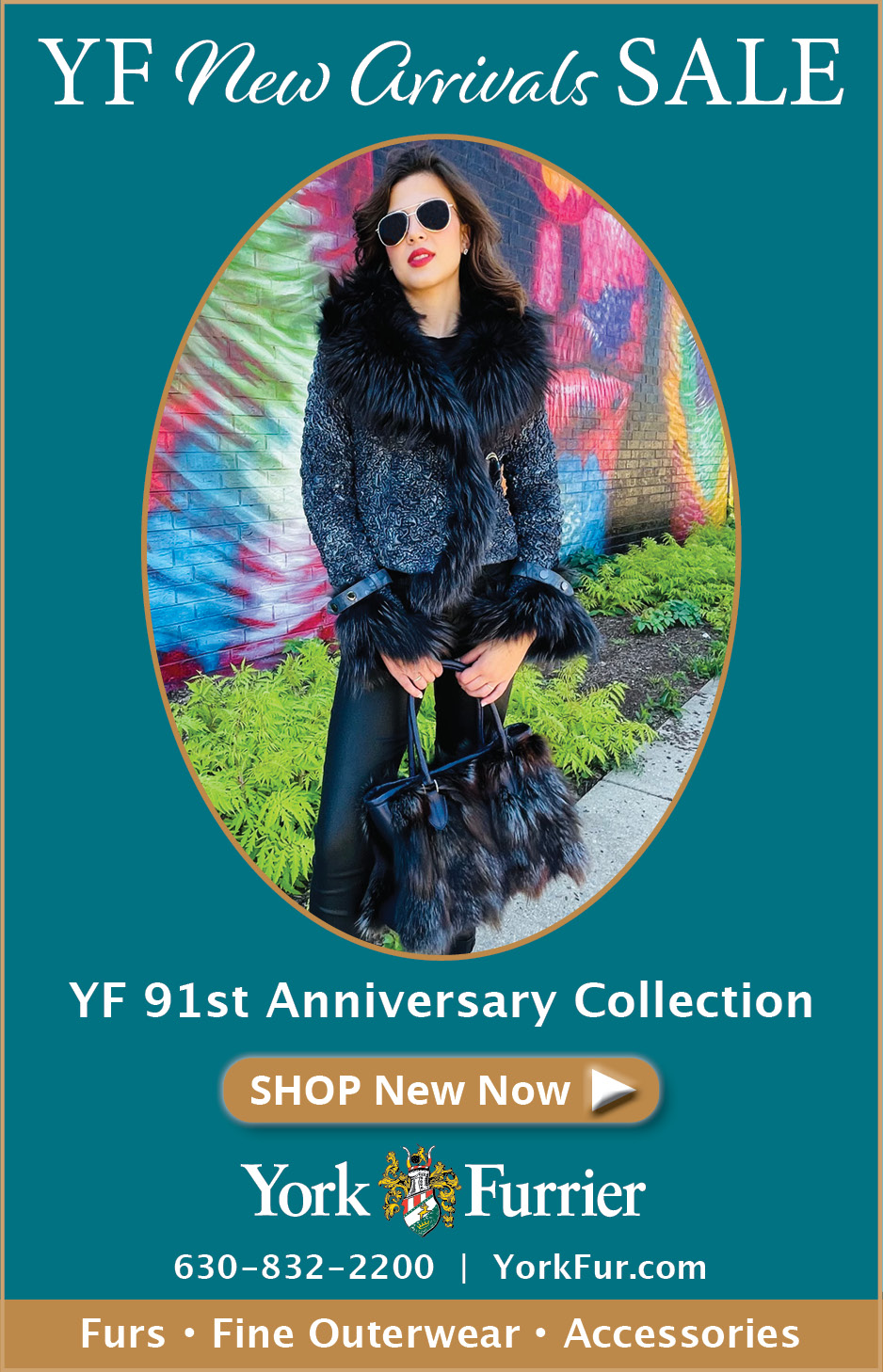