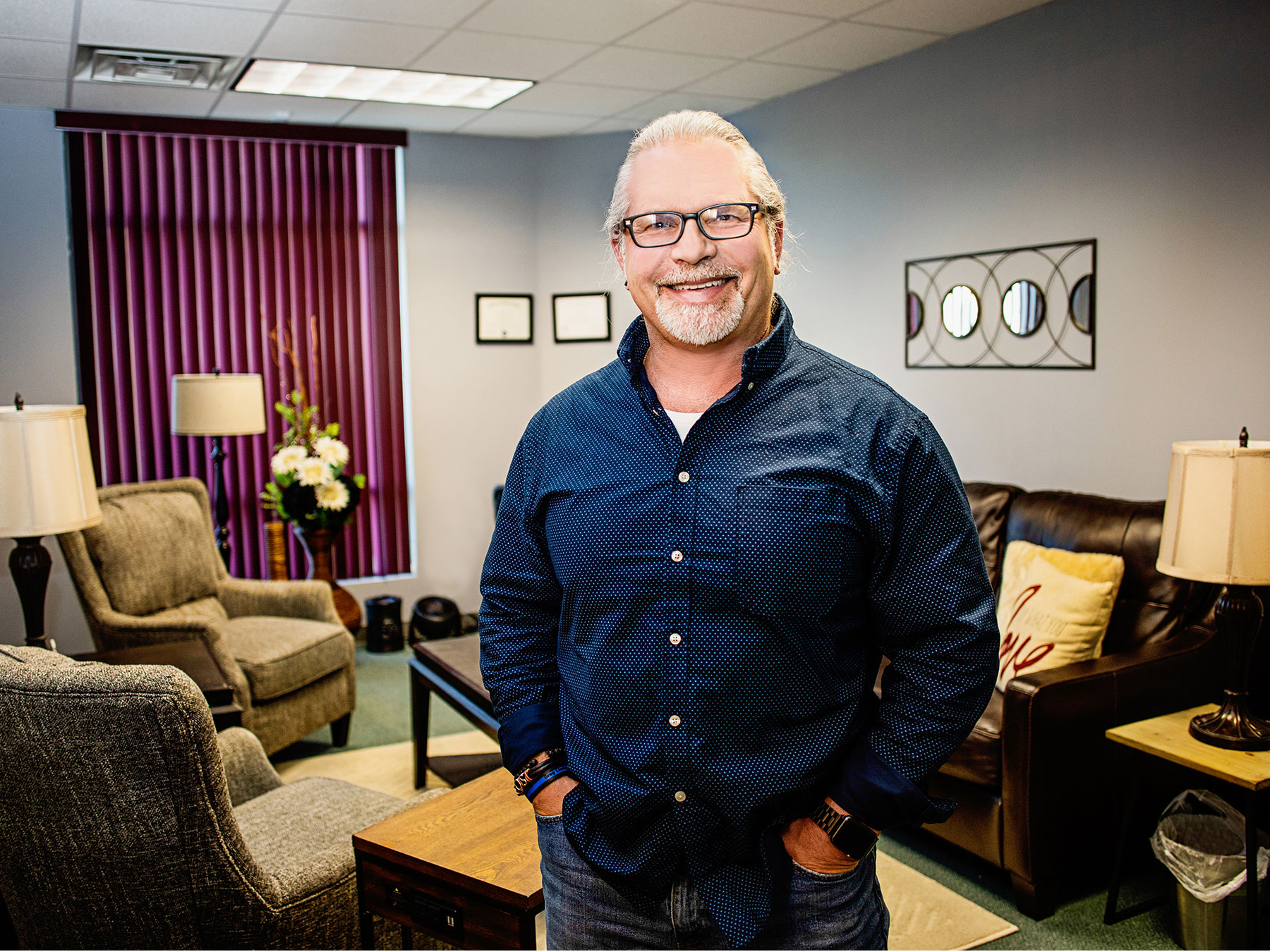 Karen Herdklotz and Jeanne Woodman go back to their days of working in health care. Herdklotz was a registered nurse and Woodman worked as a director at Crusader Community Health in Rockford.

But their passion for helping others extends to providing care to the world’s most vulnerable creatures.

Herdklotz and her husband, Steven, took that dedication to another level when they opened Hoo Haven Wildlife Rehabilitation and Education Center, an animal rescue located on 20 acres on the outskirts of Durand, Ill., about 12 miles northwest of Rockford.

According to its website, Hoo Haven’s mission is dedicated to rehabilitating and releasing sick, injured and orphaned North American wildlife, and to educating individuals on the importance of the conservation of Mother Earth.

“Karen and I believe our work gives back to God and the earth,” says Steven, a retired union electrician. “We’ve taken money from our own pocket to keep Hoo Haven going, and any money we receive in grants and donations goes straight to the care of the animals. This is all about our love for the animals.”

Herdklotz spent 30 years at Crusader Clinic as a nurse in the women’s health department. When Steven retired, he went full-time at Hoo Haven and his wife joined him a few years later. The couple has been in the rescue game for 35 years, and Hoo Haven earned nonprofit status in 2000. The couple even taught a continuing education class on wildlife rehabilitation at Kishwaukee and Rock Valley colleges. Jeanne Woodman helped them create their course material. For their efforts, the Herdklotzes were inducted into the Rock Valley College Foundation Alumni Hall of Fame.

“When people find out you’re a nurse they want to know if you can help an injured rabbit or squirrel,” Herdklotz says. “I was doing that, and as things evolved someone said you can get licensed for that. I never knew that.”

So, they took a class at Rock Valley College. “One thing led to another, and more doors opened up,” Herdklotz says. Today, Hoo Haven holds 14 state and federal licenses to work with endangered species and conduct programs.

Hoo Haven’s facility includes a surgery center, a laboratory and indoor pond. It’s designated as the only pelican recovery center within 100 miles of Rockford. Raptors housed at the facility include eagles, owls, hawks and turkey vultures. Other animals include snakes and turtles.

Word-of-mouth is a huge part of Hoo Haven’s business. The team gets calls from the Department of Natural Resources, veterinarians and animal shelters as well as policing agencies to help injured or displaced animals.

“We go on pelican, eagle, owl and hawk rescues,” says Herdklotz, who’s been known to travel to night rescues in her pajamas. “When we get a call, a lot of times it might be due to a broken wing, or maybe a pelican has had a run-in with a boat. We go out and do an assessment. We stop the bleed, set up IV fluids and antibiotics and get them stable before we call to set up a vet visit.”

“Our goal is to get them back out into the wild where they belong. The more we do this the more you discover,” Herdklotz adds. “A bird’s personality is just like that of a person. It just depends on the bird; hawks are cockier and owls are more stubborn. It takes a long time to work with them, feed them and sit with them. And it takes a while for them to trust you.”

Hoo Haven, a nonprofit that is an all-volunteer run organization, conducts about 150 educational programs a year. Programs are held at schools, churches, Scouting events, conservation districts, RV parks and other special events such as Eagle Days. The public is welcomed to tour Hoo Haven by appointment from May to August, where tours include ice cream socials, educational opportunities and other special events.

“They say a picture is worth a thousand words. Well, seeing a live animal is worth 1,000 pictures,” says Steven. “It’s fun to see the excitement from both kids and adults.”

Saving the Robins
Jeanne Woodman has always had a way with animals. It’s an ability, Woodman says, she’s carried with her most of her life. “Geese, birds, ducks, I talk to them and they listen,” says Woodman, who now works for Rockford Anesthesiologists Associated.

Woodman’s bird story dates back more than 40 years ago. In the early 1980s, she was working for Mott Bros. Company when another employee discovered two baby robins abandoned in the warehouse. Woodman made a nest for the robins out of a cardboard box and Kleenex. Eventually, her husband, Joe, went to a bait shop to pick up 16 dozen red worms.

“He was buying so many red worms each day, the guy at the bait shop thought he had found the perfect fishing spot,” Woodman says, laughing.

Woodman immediately took to the robins, beloved by so many because of their happy song and their cheerful, warm orange and gray colors.

“I used to rub their little faces against mine and they would stroke each of my eyelashes in return,” she says. Woodman lovingly cared for the birds and ultimately decided it was time to take them home. But she hesitated to get close to them knowing that someday she would have to set them free. “I was afraid to name them, so I called them my babies.”

The birds went to work with Woodman every day. At home, Woodman placed the robins in a basket hanging from a high beam in her bedroom to replicate a bird’s nest. She eventually took them outside to show them the worms burrowing in the garden. The only problem was they liked to be hand fed.

“They flipped worms because that’s how I tried to get their attention, by flipping them out of the carton,” she says.

Training the robins wasn’t easy. Far from it. Woodman says the territorial birds started fighting in the basket, sometimes drawing blood. That’s when she knew it was soon time to say goodbye, which is what she did later that summer.

Before setting them free, Woodman shared many tearful moments with her new friends.

“I’m a huggy, kissy person and I didn’t want to let them go,” she says. “I wish I had a camera to capture the moment. It was one of the most exciting things to watch.”

When they were free, Woodman always left a carton of worms on the patio. “I knew they had been there because there were flipped-out worms all over the patio.”

Later the following spring, when the robins returned to her backyard sanctuary, the female nested in one tree, while the mate watched from another tree. “She didn’t lose one baby,” Woodman says.

Karen Herdklotz says it takes a lot of work to care for songbirds like Woodman did. “When they’re babies they have to be fed every 30 to 40 minutes, and it takes a lot,” Herdklotz says. “Jeanne is the type of person who rose to the dedication and did what needed to be done.”

Whether it’s a baby robin or an injured eagle, Herdklotz says there’s an important lesson to be learned when interacting with wildlife of any kind.

“Always remember to be kind to animals,” she says. “If you find someone injured, make sure it’s really orphaned, pick it up with a towel and keep it warm. What I tell kids and adults we come across is that none of us own the Earth; we just borrow it. We’re stewards. You can be a good steward or a bad one. It’s really up to you.”