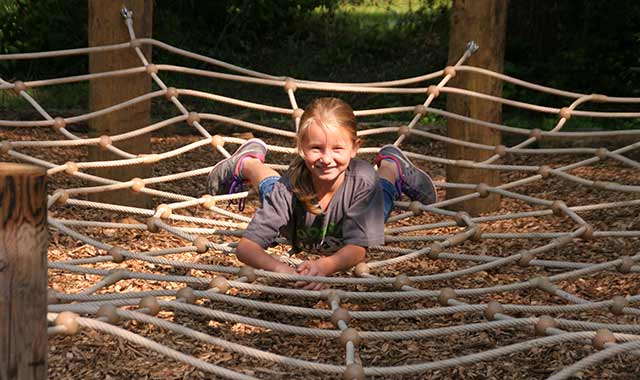 Discovering the Joys of Nature at The Grove

This historic Rockford business is achieving success while sticking to its founder’s values and eagerness to serve its hometown.

John Schmeling got his start in the construction industry when he was just 12 years old.

“My father had work for my brother and me at the company on Saturday mornings,” he says, referring to his family’s long-running business. “So, we would go to work with him and we were tasked with cleaning up the millwork shop, sweeping floors and taking out all the scrap lumber that had accumulated during the week. In the summers, I would help unload railcars of lumber and help put loads together for customers.”

Schmeling and his brother worked for other companies during the summer months as they grew up, but once they got out of college, they mostly worked at their family’s business, Schmeling Building Supply, 1031 School St., in Rockford.

Schmeling eventually moved up the ranks and became president of the company around 1995. He now oversees the building supply and lumber yard that’s been supplying Rockford and the surrounding area with top-of-the-line supplies, including hardwood and construction lumber, for roughly 120 years. The company can also help customers with household projects like decking, siding and windows.

Schmeling has a wide net of loyal and dedicated customers, from commercial and residential contractors to industrial manufacturers and do-it-yourself homeowners.

“To service these customers, we have a well-equipped shop to cut, plane and shape the materials we sell,” Schmeling says. “In addition, if we don’t stock an item, we can order it. We also offer delivery to Rockford and the surrounding area.”

This historic business started in the late 1800s when Emil Wilhelm Schmeling opened a contracting business called Schmeling & Broitzmann General Contracting. Over time, he began placing more work and responsibility on his five sons, including Elmer Schmeling, who in 1970 bought the assets of the construction portion of the business and created Schmeling Construction Co., 315 Harrison Ave. That business is now run by Steve Schmeling, Elmer’s grandson.

Emil’s other sons kept the business running in their own way. Albert Schmeling recruited his son Ronald to help run the family’s millwork division. Ronald and his two sons, Mark and Kevin, took over the millwork division in 1994 – roughly the same time two of Emil’s grandsons, Martin and John Schmeling, took over the yard division and created Schmeling Building Supply. Martin died four years ago.

Emil Schmeling’s values and dedication continue to live on through the family legacy.
Success over more than a century hasn’t come easy. John Schmeling says he’s faced plenty of challenges, but they’ve allowed the company to grow and develop.

“When my grandfather started the business, there were three divisions: construction, millwork and lumber,” he says. “The construction division went out on their own, I believe, in the late 1960s and the millwork and lumber split in 1994. At that time, we needed to learn to survive on our own. With the advent of the box stores, a lot of the do-it-yourself business went away and we needed to develop other markets.”

“Several of our manufacturing accounts will have us cut materials for their shipping needs,” Schmeling says. “We also do cutting for some of the commercial contractors. We’ve also increased our inventory of hardwoods, both domestic and imported.”

For a family business that spans three generations, it’s hard to make changes that buck tradition, Schmeling says. At the same time, he recognizes it’s important to keep pace with the ever-changing times.

“Many years ago, there were more than eight independent lumber dealers in Rockford, and now we’re the only one left,” he says. “Starting with Builders Square, Lowe’s and Home Depot, our customer base has changed. Many items that we used to sell we don’t even stock anymore.”

The company used to stock a wide range of builder’s hardware like shelf brackets, several kinds of hinges and ready-mixed concrete but as the box stores started opening, the market dropped off.

“We’ve concentrated on offering a better-quality product and better service than what’s available elsewhere,” he says.

Further building upon its products, Schmeling Building Supply has invested heavily in its customer service. A job doesn’t always go as expected, Schmeling says, but how a problem is handled can define how people view a company.

“We had a customer who wanted to replace the door panels on his patio door and our salesman measured the door and called the manufacturer for help with the order,” Schmeling says. “When the contractor tried installing them, he discovered they were incorrect. New door panels were ordered and they came in wrong again. At this point, we decided to order a new door system at no additional cost to the customer and we paid for the installation.”

The employees at Schmeling Building Supply remain the backbone of this customer service strategy. Schmeling calls his employees the company’s “greatest asset,” and says that, without their knowledge and dedication, the company wouldn’t be where it is today.

“I have great employees who are willing to adapt to changing market conditions, and we have customers who are looking for something more than the big-box stores offer,” he says.

If there’s one mistake he’s made over the years, Schmeling believes it’s the moments when he didn’t follow his instincts.

“There were many times I would defer to another family member instead of following my own vision,” Schmeling says. “I make mistakes, fix them, move on and hope to never do that again.”

To anyone looking to own a business, Schmeling says it’s important to find a niche and to slowly ramp up as your company grows.

Schmeling says he’s most proud of his work because his staff can help their customers complete a project they’ve always dreamed of.

“It means a lot when a customer comes in and says they used to come here with their parents to get materials for home projects,” he says. “They also share all the great memories they have because of it.”