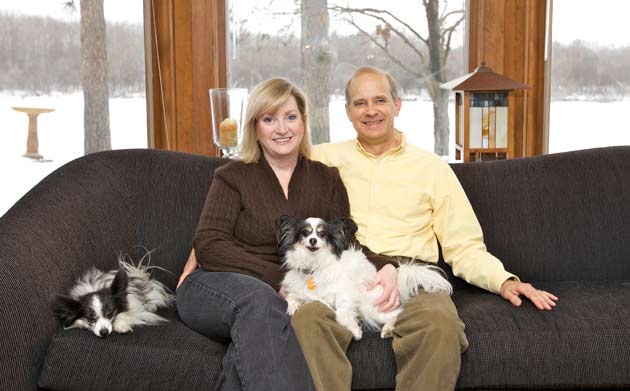 What’s life without a little adventure? Take the family along on our brand-new scavenger hunt and spend a day, a weekend or the rest of the season exploring new scenery and encountering more than a few fun ways to reconnect with each other.

Every weekend could be spent in a new, fun-filled destination if you tried. It’s no challenge to find adventure all across our region, but to make your day or weekend excursions even more interesting, here’s a region-wide scavenger hunt and trivia game for your family to enjoy.

Join our scavenger hunt and enjoy exploring unusual finds in every corner of our region. Have some fun, find something new, and snap a few pictures to capture the memory. Use the QR codes in this story to discover more surprises, and share your finds on social media using the #NWQHunt hashtag. Happy exploring!

Every weekend could be spent in a new, fun-filled destination if you tried. It’s no challenge to find adventure all across our region, but to make your day or weekend excursions even more interesting, here’s a region-wide scavenger hunt and trivia game for your family to enjoy.

Join our scavenger hunt and enjoy exploring unusual finds in every corner of our region. Have some fun, find something new, and snap a few pictures to capture the memory. Use the QR codes in this story to discover more surprises, and share your finds on social media using the #NWQHunt hashtag. Happy exploring!

Delavan: Circus City
These days, it’s the fishing, boating and extensive park system that visitors find alluring about Delavan, Wis. But in 1847, it was something else about this former temperance colony that attracted Edmund and Jeremiah Mabie, two brothers behind the United States Olympic Circus, the nation’s largest circus at the time.

Delavan’s convenient location for touring, proximity to water and suitable land for growing feed convinced the brothers to make southeast Wisconsin their circus’ winter home. Soon, other circuses followed suit and, before long, 25 circuses converged on the city every winter, bringing with them a menagerie of animals, performers and crew members. The city’s reputation as a circus town was so entrenched that, in May 1966, the local post office was the first to release a U.S postage stamp commemorating the circus.

Today, the city honors its circus history with animal statues hidden around town. A life-sized clown statue greets visitors at Tower Park, along with an imposing elephant statue standing on its hind legs. A giraffe stands guard near the city’s water tower. Can you find more?

Scavenger Hunt Activity: Find one of the circus animal statues, take a selfie in front of it, and share it with us on social media using the
hashtag #NWQHunt.

Lake Geneva: Staring at Stars
From beautiful beaches to pampering resorts, Lake Geneva is the first choice for many in our region when it comes to relaxation and fun – as it has been since the days when famous families like the Wrigleys, the Schwinns and the Searses built their stately homes near the water.

These affluent families and their summer retreats aren’t the only stars you can see in Lake Geneva. On the northwest side of Geneva Lake, in Williams Bay, the Yerkes Observatory has cast its Great Refractor telescope toward the heavens, keeping stargazers spellbound for 125 years. Considered to be the birthplace of modern astrophysics, the observatory is also an architectural wonder, featuring the breathtaking Great Dome, murals, statues and gargoyles. This is the place where the shape of the Milky Way galaxy was discovered, and where Subrahmanyan Chandrasekar did research that earned him a Nobel Prize in physics in 1983. Famed astronomer and astrophysicist Carl Sagan also worked here, as did Edwin Hubble, namesake of the Hubble Telescope.

Recently reopened to the public, Yerkes Observatory once again offers tours to anyone who registers in advance.

Scavenger Hunt Activity: Strike an astronomical pose in front of Yerkes Observatory and share it with us using the hashtag #NWQHunt.

Woodstock: That First Step’s a Doozy!
The cult classic film “Groundhog Day” tells the story of Phil Connors, an arrogant TV weatherman who’s forced to repeat the same day over and over. It was filmed right here in Woodstock, a place where, if this curse was real, it wouldn’t be such a bad place to be stuck. A haven for music, art, culture, dining and shopping, there’s no shortage of fun.

The city’s heart lies within its Historic Square, where you’ll find parkland and well-preserved buildings with lively restaurants and stores. The square, the Woodstock Opera House and the Old McHenry County Courthouse are listed on the National Register of Historic Places. The city itself was named a Preserve America Community by the White House in 2014.

The beautiful Woodstock Opera House, which overlooks the Square, was built in 1888 and once served as the city hall, public library, and police and fire stations, as well as a host for live entertainment. In 1926, a young Orson Welles strode the boards in a variety of performances before returning to direct several summer dramas, including a production of “Hamlet.” The Woodstock Opera House continues to host plays, concerts, lectures and dance productions today.

A city that proudly wears its Hollywood credentials on its walls (there are murals, plaques and mementos throughout the city commemorating “Groundhog Day” and Orson Welles), Woodstock has much more waiting to be found.

Galena & Elizabeth, Ill.: Experience a Storied Past
If Galena isn’t on your Illinois adventure list, you need a new list. The city is a not-so-well-kept secret among Illinoisans who are looking for a fun-filled destination. Galena’s Main Street alone is worth the trip. Boasting more than 125 shops, restaurants and taverns, the 1800s-era street is a photo opportunity all on its own. The buildings are all original, and there are no chain stores or restaurants here.

The strength of this city’s preservation should come as no surprise, given its rich historical connections. This is the former home of Ulysses S. Grant, 18th President of the United States and one of nine Civil War generals from the area.

In nearby Elizabeth, the Apple River Fort State Historic Site whisks visitors back to June 24, 1832, in the middle of the Black Hawk War. On that day, the village was attacked by 200 Sauk warriors. The assault lasted 45 minutes, with every villager inside keeping the attackers at bay with a constant barrage of gunfire. Women and children assisted by reloading weapons, molding musket balls and rolling cartridges. Despite being badly outnumbered, the villagers successfully defended the fort, with only one loss of life and two injuries. Visitors to the historic site can view artifacts and explore the fort, learning the history of that fateful day.

Scavenger Hunt Activity: Strike a historic pose at the Apple River Fort and share it with us.

DeKalb: Peace, Love and Unity
As the home of Northern Illinois University (NIU), DeKalb has the distinction of being a small-town getaway with the diversity, amenities and cultural scene of a much larger city. Around 16,000 students gather at NIU every year, making a significant impact on the surrounding community. Museums like the NIU Art Museum and the James B. and Rosalyn L. Pick Museum of Anthropology and frequently bring DeKalb residents to the campus, as do the NCAA Division I athletic events.

Neighboring the campus is Prairie Park. Known by locals as the “people’s park,” it’s one of the crown jewels of the DeKalb Park District, sporting walking trails, a nine-hole disc golf course and a series of nature trails.

In November 2021, a mural was completed in the underpass that connects Prairie Park with the NIU campus. Nicknamed Project Underpass, the mural features the words peace, love and unity, along with quotes from Rosa Parks and Martin Luther King Jr.

Freeport: Make a Splash
Affectionately known as “Pretzel City,” Freeport has been bending over backwards, so to speak, to create new opportunities for people to visit and then come back often.

When the events calendar is quiet, the plaza serves as a relaxing park space with a splash pad in the heart of the city. Freeport Arts Plaza serves as the end point for the new Arts Corridor, which stretches up Chicago Avenue and encompasses Freeport landmarks like the Lindo Theatre and the Lincoln-Douglas Debate Square.

Plenty of local eateries and taverns can be found along the corridor, so art lovers never get hungry or thirsty.

Scavenger Hunt Activity: Get wet in the Arts Plaza splash pad. Don’t forget to share a photo with us!

Rockford: Where the Dinosaurs Roam
With more than 125 neighborhood parks, a state park, 44 forest preserves and more than 100 miles of hiking trails throughout Winnebago County, there are plenty of opportunities to get outside and explore the natural world in and around Rockford’s bustling urban environment. But there are plenty of great places to go inside and explore, too.

Located on Main Street north of downtown Rockford, the Burpee Museum of Natural History is a four-story museum dedicated to natural history and paleontology. A part of the Rockford community since 1942, it’s filled with exhibits targeted to inspire natural scientists of all ages.

While all of the exhibits are engaging, Burpee’s work in paleontology really sets it apart from other museums. Each summer, the museum sends crews to Utah and Montana to lead fossil excavations. What they find is sent back to the Burpee paleontology lab to be cleaned and prepared for display. There are many impressive specimens on display, but the star of the show is Jane, the world’s most complete and best-preserved juvenile Tyrannosaurus Rex. For 66 million years, 11-year-old Jane lay buried in the Earth before her 21-foot skeleton was dug up, restored and placed on display at Burpee.

Scavenger Hunt Activity: Do your best T-rex impression in front of Jane and share it with us on social media.

Janesville: A Garden of Delight
Janesville is rich in history, boasting several additions to the National Register of Historic Places, including Lincoln-Tallman House and the Janesville Public Library. The seat of Rock county is also a paradise for those who love to spend time outdoors. With more than 2,500 acres of parkland and hiking trails, it has rightfully earned its title as “Wisconsin’s Park Place.”

Of all the natural wonders in Janesville, the Rotary Botanical Gardens is perhaps the most beautiful. Nestled on 20 acres in the heart of the city, the site was originally an abandoned sand and gravel quarry, used as storage for the parks department and a racetrack for courageous BMX cyclists. Then, in 1988, Dr. Robert Yahr, approached two Rotary clubs in Janesville to convert the space into the beautiful, award-winning landscape that exists there today.

Filled with stunning vistas, quaint walkways, a Japanese garden and a sunken garden, the Rotary Botanical Gardens is a hidden gem that needs to be seen to be believed.

Scavenger Hunt Activity: Strike a pose on the footbridge at the Rotary Botanical Gardens and share it with us.

These are just a few of the many things families can see and do in our region. We hope you’ll share your photos with us, along with other ideas you might have for fun scavenger hunt activities. Happy hunting!