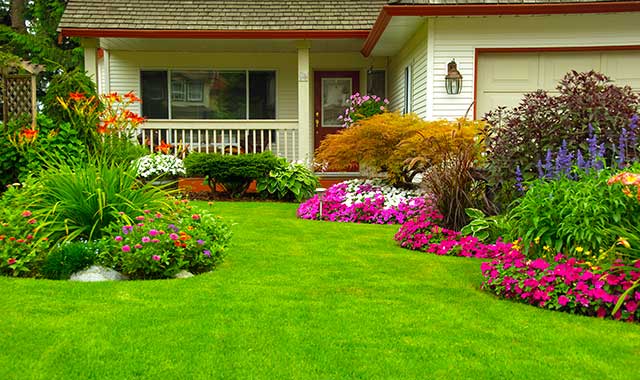 10 Points to Ponder for Gardening Success

Founder Kim MacCloskey has built his practice upon honesty and genuineness, but that’s only part of the story behind his quarter-century of success.

If you live in the Rockford area, you’ve likely seen a billboard or commercial – or even a Rockford Mass Transit District bus – advertising MacCloskey Kesler and Associates LLC, 308 W. State St., Ste. 200.

The team has represented thousands of clients in the Rockford area since its inception in 1998, winning clients more than $100 million in recovered settlements.

So, nearly 25 years later, how did founder Kim MacCloskey and his team become so well-known and respected in the region?

“I think it was just being honest in my advertising and being genuine,” says MacCloskey. “I was myself, and I tried to let people know that my experience in life helped me in what I was trying to do for the community.”

Personal injury cases hit close to home for MacCloskey, who suffered a serious personal injury as a toddler. A gas explosion in his home on Rockton Avenue in Rockford severely burned MacCloskey and his father. His mother was killed.

“I think people come across as being phony, or they try to put on airs, or they try to be someone they’re not, and it just rings hollow,” MacCloskey says. “In the personal injury field, I sustained a very, very serious personal injury when I was 2 years old, and that has influenced every facet of my life, every day of my life. And it’s a compelling story. I’m not just a suit with a big hammer telling people I’m going to get them a lot of money if they’re injured. I tell them, ‘I know what it’s like to be severely injured.’ Not everyone can say that, but I’ve been through it.”

If MacCloskey was to advise other entrepreneurs, he would tell them to start with their story.

“Be genuine, and find your story,” he says. “If you’re a carpet salesman, a car salesman or the owner of a water softener company, find something that is genuinely you and use that. People are savvy. They know when you’re being straight with them.”

And as simple as it sounds, follow the Golden Rule.

“Analyze your business model honestly, and just try to do the right thing,” he says.

“You have to provide a good service to your customers or your clients,” he adds. “You have to be honest with them and deal with them the way you would want someone to deal with you. Then, just use general business principles. You can’t go crazy and spend way more than you make. I think it comes down to the Golden Rule: you treat people the way you want to be treated. I think, more often than not, that works.”

Part of MacCloskey’s emphasis on good and fair conduct is due to his own experience. When he eventually realized the lawyer who had defended his father and him in their personal injury case did a terrible job – MacCloskey says his father died virtually penniless – he vowed to make sure his clients never shared that experience.

“That made me want to make sure I was not shorting my clients to make a buck,” he says. “And sometimes that was hard to do in the early years. It was a struggle. I lived on four credit cards, and I would bounce the bills between the credit cards to buy groceries. That first year was really, really difficult. But I can honestly say I didn’t sell my clients short. I held out for fairness, I always explained things to my clients and I treated them how I would have wanted to be treated. That spurred me on to make sure I wasn’t going to be like that lawyer who represented us. And Lord knows there are lawyers out there who do that.”

Finding credible lawyers has become increasingly difficult as technology has advanced, says Phil Kesler, who joined the firm in 2004 and took over operations in 2018.

Massive law firms headquartered in large cities continually show up in web searches for smaller towns and metropolitan areas like Rockford and its surrounding communities. While these five-star firms have popular names, they often send young, inexperienced attorneys to handle cases outside their main hub.

The problem is these attorneys don’t know the judges or juries in Rockford, says Kesler. They don’t have the respect of the insurance companies; they don’t have the wealth of experience that comes from practicing in the same community for more than two decades; and, more often than not, they’re in it for money.

“I think we’re in a world that’s very divided right now,” he adds. “Everyone is out for themselves, and they think that’s how you succeed. I believe you get farther in life when helping other people. Ultimately, it’s giving back to your community, giving back to those who are with you.”

The team at MacCloskey Kesler and Associates LLC practice what they preach down to the bill. Literally.

“We don’t get paid unless we win – we’re fully contingent,” Kesler says. “I love the idea of a contingent fee. It allows us to help people who wouldn’t be able to hire an attorney or couldn’t afford an attorney.”

Even consultations are free, Kesler says, and the reasoning behind that is simple.

“I was very fortunate when I found Phil,” MacCloskey says. “He was just the go-getter, honest hard worker that I needed. The firm was growing by leaps and bounds when he came on board. We also were fortunate in the other lawyers we’ve hired, Zac Cook and Mary Wood. They also fit the mold of being very hard workers and honest as the day is long, and they stand by all of the principles Phil and I have taught them to make sure we do right by our clients.”

When business owners are hiring others to expand their business, MacCloskey tells them to be optimistic but cautious.

“You can hire somebody and let them work as an apprentice and see what kind of work they do, see how they work with clients, see if they’re carrying on your goals and aspirations, see if they’re handling things the way you want them to be handled,” he says. “There’s an element of teaching that goes along with it, but after a time, you know if they fit.”

There also are times when you have to admit you’ve made a hiring mistake, and the best thing to do is to own up to it.

“Sometimes you hire someone who seems like a good fit and they’re not, and you have to undo that mistake,” MacCloskey says. “I’ve had to do that several times with associate lawyers and support staff. It’s hard to fire somebody. I think that’s harder than going to trial.”

While advertising has certainly helped over the years – MacCloskey says he hit the jackpot when he found his advertising firm in 1998, and he’s stuck with them ever since – it isn’t as necessary as it once was.

In fact, Kesler says half of the firm’s clients now come from referrals.

It all comes back to being genuine.

“We try and do the right thing by our clients, and we hope that they will trust us enough to follow our advice,” MacCloskey says.