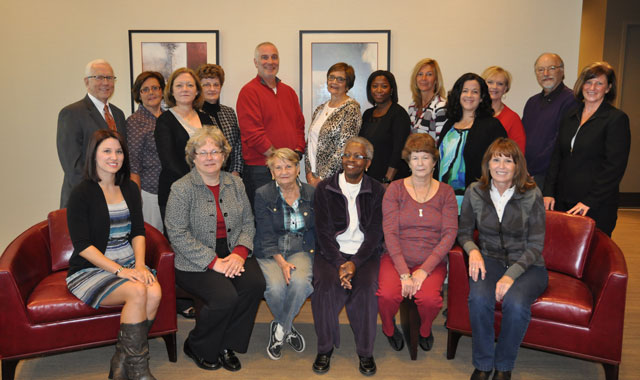 Could You Be an Advocate in Court for a Child?

Police officers are often the first to the scene and are responsible for keeping citizens and other first responders safe. Brad Lauer is making the job a little bit easier thanks to some new life-saving equipment purchased by ordinary people.

In his role as a trainer, Lauer sought donations of Gen 7 CAT tourniquets, Israeli bandages, trauma shears and individual first aid kits. He believes these tools are critically necessary for emergency situations.

“These are the best of the best,” Lauer says. “Beyond their technological advantages, they are extremely user-friendly. When there’s massive bleeding, seconds count.”

Police are most often the first responders to critical injuries. When there’s an active shooter situation, paramedics can’t go in until police say it’s safe. In those situations, it’s incumbent on the police officers to stop the bleeding because there’s a very short window of time.

“Saving the lives of preventable tragedies is what it’s all about,” says Assistant Deputy Chief Eddie Torrance.

Torrance recalls a time when a local officer responded to a call and found that, not only were guns firing but several people were injured. Because he was trained to use a tourniquet, the officer applied one to a victim’s leg. Doctors credited the officer with saving the man’s leg and life.

For Lauer, the idea for the drive was planted during a course he attended at the Federal Law Enforcement Training Center in Charleston, S.C., last February. There, he learned how tourniquets can be life-saving.

“The training I received during this course was some of the best I have ever received,” he says. “The passion and knowledge that the instructors showed was apparent throughout the class.”

Lauer, a police officer since 2005, has been a patrol officer, field training officer, evidence custodian and school resource officer. Lauer and two other officers make up the department’s training unit.

“As a group, the training unit is tasked with all in-service training, mandated training and all advanced skills training for every sworn member of the department,” he says. “We also instruct a six- to eight-week Advance Core Skills Academy, which provides new recruits with the skills necessary to be successful police officers.”

The instruction Lauer received in February, and is now teaching to his fellow officers, provides knowledge to treat some of the more critical injuries officers encounter on patrol – including traffic accident injuries, stabbings, gunshots and other major traumas.

When Lauer returned from his training in February, he realized other life-saving items could be included in officers’ first aid kits.

“Through my training, I knew that a massive hemorrhage is the No. 1 killer of anyone suffering from a trauma,” he says. “Using a tourniquet or Israeli bandage in the appropriate fashion to stop the bleed can, simply put, save lives.”

After brainstorming how to get the needed tourniquets, he visited local organizations to ask for financial help to accomplish his goal.

With the approval of his lieutenant and Rockford Police Chief Carla Redd, Lauer drafted a letter requesting donations and sent them to those he thought could help. People responded.
“I’m grateful to get the medical equipment needed into the hands of the police officers of the Rockford Police Department, in order to save the lives of the citizens we come in contact with,” he says.