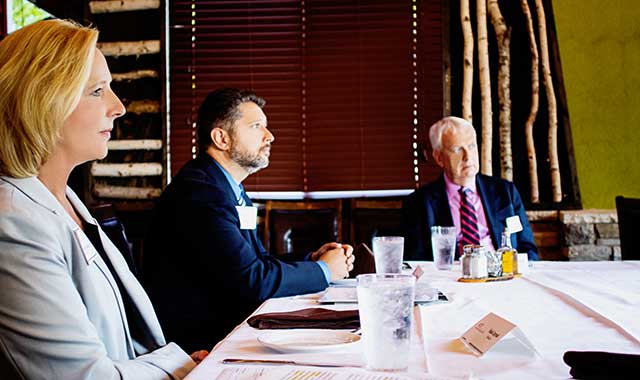 Beckman Mill County Park, located 6 miles west of Beloit, is a beautiful oasis on its own, boasting 50 acres of nature trails, picnic areas, lush greenery and a peaceful pond with a footbridge and fish ladder. The fact that the park surrounds an authentically restored 1868 grist mill makes it even more incredible.

Originally built just after the Civil War, the mill was deeded to the Beckmann family, whose patriarch, Carl Ferdinand August Beckmann, had previously run mills in southern Wisconsin. The mill quickly became a gathering place for the community, who would take advantage of the nearby pond for swimming and fishing. The mill even served as a post office for a time, run by Beckmann’s son, Henry, whose postmasters’ certificate still hangs on a wall.

After falling into disrepair, the mill was added to the National Register of Historic Places in 1977 and restored to its former glory by the Friends of Beckman Mill, formed in 1990. It now serves as a window to the region’s history and is open to the public on weekends, from May to October. Events to commemorate the 30th anniversary of the Friends of Beckman Mill, originally slated for 2020, will be held throughout the year.

“Mr. Gorbachev, tear down this wall.”

Those words, spoken by President Ronald Reagan on June 12, 1987, in front of the Berlin Wall, have gone down in history as one of the most powerful quotes spoken by an American president abroad. They also proved to be prophetic since the wall did come down two years later.

Visitors to Reagan Peace Park, located at a busy intersection in Reagan’s childhood hometown of Dixon, Ill., can read those same words on a plaque posted on a replica of a portion of the Berlin Wall.

Reagan, who was born in nearby Tampico, Ill., moved to Dixon with his family at the age of 9 and lived there until he was 22. He returned to the city on several occasions when he was a celebrated Hollywood actor, Governor of California and American President. The home where Reagan lived from ages 9 to 13 was made a National Historic Landmark in 2002 and the street where it sits, formerly S. Hennepin Ave., is now known as Reagan Way.

The peace park’s Berlin Wall replica, along with a 20-foot marble sculpture called “Wings of Peace and Freedom,” were donated to the city of Dixon by Bulgarian-born artist Nick Tanev and sit as a reminder of this city’s native hero.

During the summer of 1858, Democrat Senator Stephen A. Douglas traveled more than 4,000 miles around Illinois to take part in seven debates against his upstart Republican opponent, Abraham Lincoln.

The second of these debates took place in Freeport. It was here, in front of a crowd of 15,000, that Lincoln, who lost the senatorial campaign against Douglas, gained national recognition for his anti-slavery views, setting up his presidential win two years later. During the debate, Douglas proclaimed what would be known as the Freeport Doctrine, a statement about slavery and states’ rights that would alienate him from his southern supporters and fragment support within his party.

Freeport has commemorated the second debate in a few ways. The local cinema, known as the Lindo Theatre, is a portmanteau, combining the surnames of the famous debaters. The site of the debate is marked with two life-sized statues of the debaters, Douglas standing in mid-speech while Lincoln, seated with his stovepipe hat beside him, listens. Several plaques lead to the monument, explaining the significance of the debate. One of the plaques, erected by the Freeport Women’s Club in 1902, was dedicated by then-president Theodore Roosevelt.