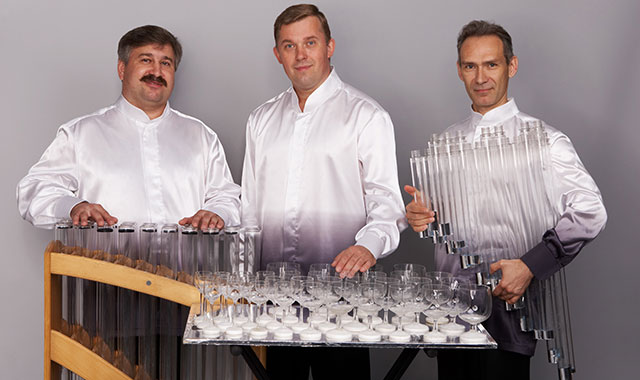 The search is on for longtime director Steven Larsen’s replacement. This season, nine talented conductors join the RSO to perform and greet the community. Who will be hired is entirely up to you.

Like all arts organizations, the Rockford Symphony Orchestra (RSO) has been no stranger to change during these past two years.

For Thomas and the rest of the RSO, halting public concerts meant making a pivot to the digital stage, creating a comprehensive library of free content. The symphony also moved to chamber music, a much smaller version of the large-scale productions they were used to.

This ability to stay flexible and embrace change paid off.

“There are so many silver linings to having this forced break,” says Thomas. “There are a lot of things we did during this time that we’re going to keep doing.”

Amidst the backdrop of COVID, the symphony has faced another big change: its longtime music director, Steven Larsen, has retired after 30 years in Rockford. Larsen conducted his last concert with RSO in December 2021.

Appointed in 1991 as the fourth music director in the orchestra’s history, Larsen played a major role as a catalyst for change. It was during his tenure that the RSO moved from the Midway Theatre to the Coronado Performing Arts Center. It was Larsen who created a pops series, greatly expanding RSO’s concert season. It was also under Larsen that the RSO was named Illinois Orchestra of the Year in 2017.

“Over his 30-year tenure, Steve elevated the artistic caliber of the orchestra,” says Thomas. “He expanded the number of performances RSO has in the community each season and enhanced the cultural vibrancy of Rockford. We will be forever grateful for his contributions.”

To thank Larsen for his years of service, the RSO has conferred upon him the tile of Music Director Emeritus. While the title carries no stated duties, Thomas sees the appointment as a way to keep Larsen engaged with the orchestra he led for so long.

“We want him to enjoy his retirement,” she says. “But as Music Director Emeritus, he can continue to be involved at whatever level he is interested.”

Once Larsen bade adieu to the conductor’s podium, the RSO began the process of choosing its new music director. A 12-member search committee was formed to put the word out and narrow down more than 200 applicants.

While the RSO Board will select the new music director, the selection committee is soliciting feedback from the orchestra and audience. This season, each finalist will spend a week rehearsing with the musicians before leading a full concert, featuring a combination of classical music and pops, as well as a guest soloist. The finalists concert series has already begun, with the first candidate, Yaniv Attar, completing his concert on Jan. 15. The final concert, led by Vlad Vizireanu, is scheduled for Nov. 12.

“This is a very exciting time for us,” says Thomas.

The lineup of finalists is diverse, which each bringing his or her own unique background, skill set and aesthetic to the podium.

“The finalists all have excellent credentials,” Thomas says. “I believe, no matter who is chosen, the audience will be assured that our new music director will be at the level that our orchestra deserves.”

While the RSO’s method of choosing a new music director is not unheard of, it will be a unique opportunity for the audience.

“I’m very excited about how engaged our audience has been in the process,” she says. “Attendance has been incredibly high at all of our engagement activities, including our pre-concert lectures.”

Attendance has also been high for the RSO’s SoundBites series, a 60-minute luncheon, conversational interview and Q&A session, held at noon each Friday before a performance.

For Thomas, this audience response and engagement is proof that the format RSO is using to find a new music director was the right direction to go.

“All concert attendees are encouraged to provide their feedback on each candidate through a survey,” she says. “We’ve been thrilled at the high percentage of audience participation.”

Once Larsen’s replacement is selected, Thomas expects there to be a brief wait before that individual arrives in Rockford and sets to work.

“These conductors are already professionals with prior obligations,” she explains. “We’re eager to welcome them to our symphony as soon as possible.”

Whoever the RSO’s new music director is, they join a passionate and innovative group of musicians.

“We are thriving,” says Thomas. “Rockford has an incredible arts community and incredible support. Over the past two years our patrons and community have said, ‘The arts are important to us and we need them to stay.’ It’s been phenomenal.”