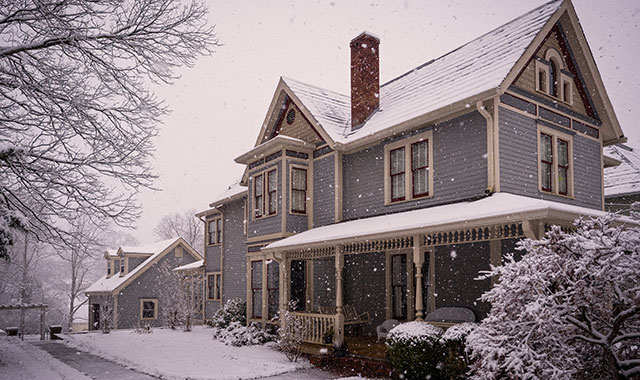 Is Your Home Ready for Winter?

If you thought last year’s red-hot real estate market was crazy, just wait for what’s coming this year. High demand, tight supply and rising prices are putting the squeeze on buyers and sellers – but the good news is that there are plenty of opportunities to the wise shopper.

If you thought last year’s real estate market was a wild ride, buckle up because things are already in play for another exciting year. Local real estate agents expect many of the same trends – rising prices, tight inventory, fast sales and crazy competition – to stick around for the foreseeable future.

“Agents have had to be pretty crafty with guiding our buyers on how to make an offer look the best, while still protecting their position,” says Connor Fox, president of Rock-Green Realtor Association in southern Wisconsin. “It was really a struggle to get anything under contract because you’re competing with almost everybody in town, and you also have agents coming in from Dane County, Walworth County and Illinois. I don’t want to call it a bloodbath, but it was really a fight.”

In fact, the real estate market was so hot in Rock County that the National Association of Realtors (NAR) named it America’s 18th hottest market in October 2021. That’s the second time in three years the Beloit-Janesville area has made the list. Homes sold last fall within a median of 37 days, at a median price of $249,900, according to NAR. Nearly 2,700 properties changed hands last year – the highest level of sales in more than 15 years.

“You wouldn’t expect our market to be competing with markets like California, New York and Florida, but we were,” says Fox. “But our biggest struggle is a lack of inventory. It’s a struggle everywhere, but we see that pretty amplified here.”

Fox believes it’s a combination of factors that are heating up the Beloit-Janesville market. New employers are arriving, and they’re driving down the local unemployment level to record levels – as low as 2.3% last December. Cost of living is lower here than in surrounding areas, inventory remains constricted, and homebuilding remains stalled. That’s just the tip of the iceberg.

While Rock County is gaining national recognition, the greater Rockford area is setting its own records. Through all of 2021, the average sale price rose to $171,103 – a 12% jump in one year. The highest average ever recorded in a month came in at $179,355 last October. More homes sold in Winnebago, Boone and Ogle counties last year than at any point since 2007, and they sold in an average of just 22 days.

“We also had our lowest housing inventory ever, which, as people will tell you, had our agents pulling their hair out along with their buyers,” says Conor Brown, CEO of Rockford Area Realtors. “With over 3,100 fewer homes on the market in 2021, this was the lowest inventory in history and the seventh straight year we saw year-over-year drops.”

A Convergence of Forces

Inventory remains constricted on both sides of the state line. In early April, Fox saw just 110 listings across all of Rock County. Jean Crosby, principal at Berkshire Hathaway Crosby Starck Real Estate in Rockford, counted less than 400 listings among all of Winnebago, Boone, Ogle, Stephenson and Jo Daviess counties.

“Typically, you could expect about 1,500 listings this time of year,” she says.

Agents agree buyers are most interested in homes priced between $120,000 and $350,000. It’s a range that suits many buyer types in this region.

“You have lots of first-time buyers in this range, but you also have people looking to upgrade their homes,” says Fox. “You also have older couples who are looking to downsize from their $400,000 house they bought 20 or 30 years ago, and now they want to move to a $200,000 house. So, you really have all age groups competing against each other.”

In part, there are generational forces at work here, as the large baby boom generation remains in their homes and younger buyers, typically millennials born during the 1980s and ’90s, seek to move from rental properties.

Also at play are the effects of the 2007 housing crash, when homebuilding ground to a halt across America. The industry hasn’t fully recovered in northern Illinois and southern Wisconsin, leaving our region with 15 years’ worth of only modest added inventory. Since the start of the pandemic, high costs of lumber and labor have kept homebuilders from filling the gap.

“You have a swelling of millennials, which is 72 million people, and then you have Gen Xers and another 70 million baby boomers who aren’t leaving their homes,” says Crosby. “And then you have no new construction for 15 years. So, you can see why we are where we are. Until we get new construction and people have a broader choice, inventory is going to be very limited.”

How to Survive the Fray

Before jumping into a transaction this year, first sit down with an agent and make sure everything is ready to go.

“Spend an hour or two with your agent and really understand what the market is like and what to expect,” says Mike Lunde, an agent with Team Lunde of Gambino Realtors in Rockford. “The more we can educate people upfront, the smoother the transaction will be, because they understand the steps along the way.”

In those early steps, map out your goals. If you’re buying, do you need extra bedrooms, or are you trying to downsize? What’s your price range and your threshold? Sellers need to decide if they plan to make fixups before putting their home on the market, but they also need a plan for their next residence.

“Where are you going next?” Crosby says. “You need to decide what you’ll do when you sell your home.”

It used to be that buyers could add a contingency clause, indicating that they’ll close on the new home as soon as they’ve sold their current home. But in today’s ultra-competitive market, that can be a deal killer, says Crosby. Competing offers might look more attractive, and not all buyers can afford the bridge loan and added stress that come with owning two properties at once, she adds.

Crosby encourages her clients to make sure their paperwork is in order well in advance. Putting in the time now will help to ensure a fast transaction down the road. First, she recommends getting prequalified for a mortgage loan, and to seek that loan from a local lender.

“Not an online service. I’ve seen it many times where an online lender will pull the rug out from you at the 11th hour, and usually on some small detail because they don’t know the market,” Crosby says. “Your local lenders are not going to do that. They understand the Rockford market and they are going to do everything they can to help you get to the finish line.”

Lunde encourages his buyers to be flexible and reasonable while searching properties. It’s almost a guarantee you’ll pay more than asking price, so make sure you have financial flexibility to get the home you want – and can afford.

For someone selling their home, Crosby recommends going through a pre-inspection with a qualified expert. Any questions or issues the inspector raises can then be addressed ahead of time, and that might also speed along the sales process.

“It saves so much time, and the seller can put the inspection right there on the kitchen table,” says Crosby. “So, we can leave a note next to whatever the inspector first flagged, and say, ‘Repaired. See attached invoice.’ That gives peace of mind to the buyer.”

Searching for homes is still the fun part, but it’s become a much faster process. Agents may tour 15 to 20 families through the house in a single day, and it’s not unusual for offers to come in right away. If you’re the seller, don’t be surprised to receive a dozen or more offers.

“Speed is the name of the game,” says Lunde. “You’ve got to be ready to jump.”

So, what’s a buyer to do? Escalation clauses and appraisal gap riders are two new tools that can make an offer more attractive to sellers, says Crosby. The former allows a buyer to raise their offer on a property, typically escalating their offer by a certain dollar amount over the highest bid. The appraisal gap rider allows buyers and sellers to renegotiate based on the appraised value of the home.

“When the appraisal came in, it came in at $280,000. So, there was a gap where the seller undervalued and our buyer paid more than the appraised value. You can always renegotiate if the house doesn’t appraise out. So, the key is to make your offer as attractive as possible.”

One approach Lunde takes is to make a backup offer. Even if there’s already a contract in play, this approach gives sellers one more chance to make a deal. The key to any successful deal, he says, is to know the market and remain flexible in what you offer.

“We’re seeing about 20% of transactions falling apart because of the impulses of the market,” he says. “People go and write an offer, but once they have time to season their thoughts, they realize it’s not the house for them.”

Even though inventory remains tight and negotiations are more competitive, those who are holding property have many advantages – including the fact that northern Illinois and southern Wisconsin homeowners are sitting in some of the most affordable properties in America.

“A few years ago, NAR chief economist Lawrence Yun actually took special note of Rockford, explaining it’s such an attractive place for businesses to locate here because their employees can actually buy a home here,” says Brown. “So, that is to our advantage. We’re about half the national average of $346,000.”

Lunde sees another key advantage, and that’s the fact that those who have secured a property are already reaping the rewards of this high-demand market.

“Even though it’s been incredibly easy for sellers, if you bought a house a year ago, its value might have gone up 17% depending on what bracket you’re in,” Lunde says. “It has been a buyer’s market, if you were lucky enough to get a home. That’s a challenging thought to wrap your mind around.”