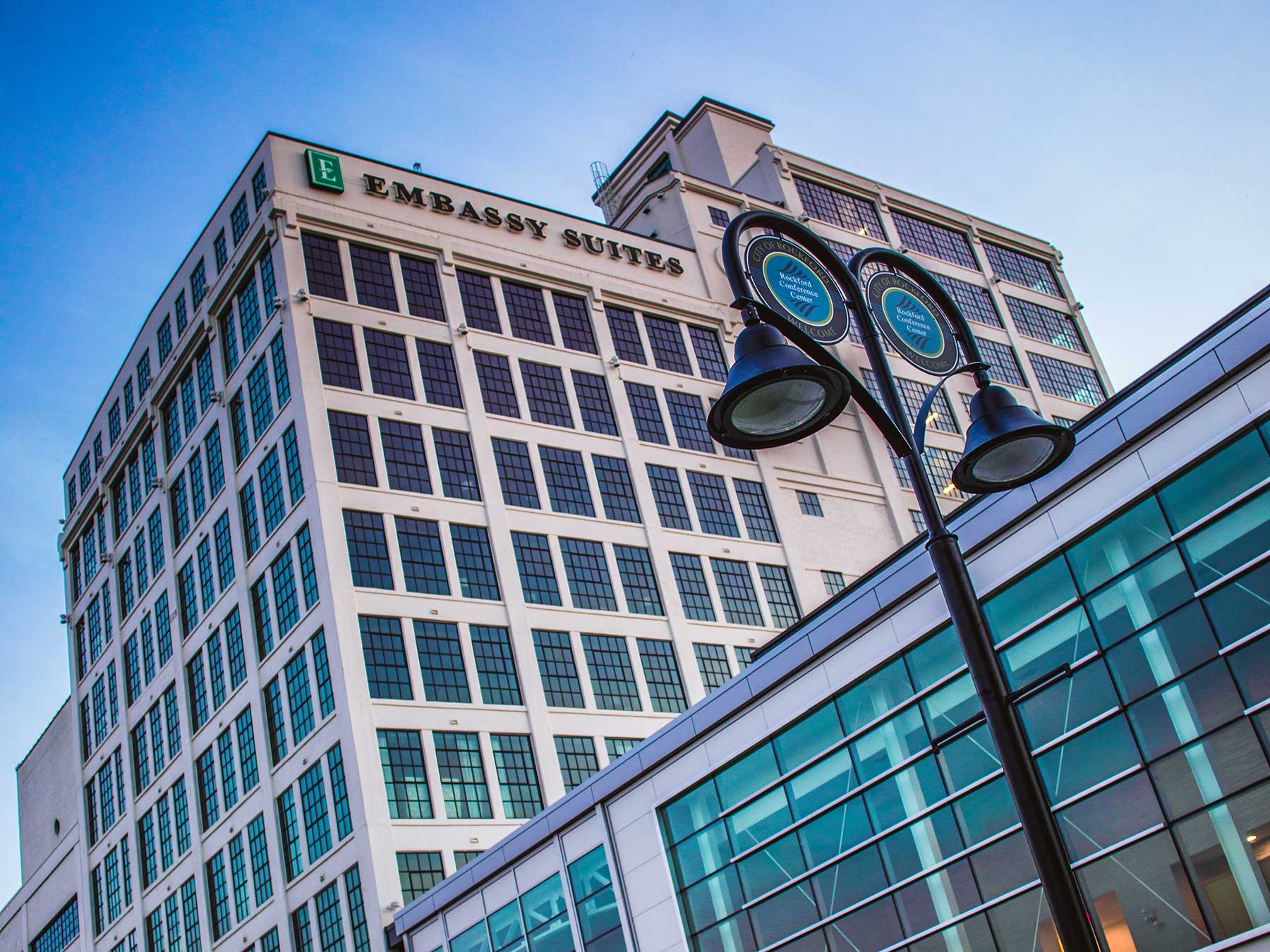 For more than a century, this Freeport organization has worked to raise awareness of domestic violence and support those individuals who are trying to escape.

For more than a century, Voices of Stephenson County has worked tirelessly to make people aware of the impact domestic violence has on our society and community.

This past September, the nonprofit agency took a huge step toward that mission when it opened a new Survivors Shelter to offer temporary housing for victims of domestic violence and sexual abuse.

“We’ve been in a new building since June 2020; it was donated to us,” Beth Maskell, executive director of Voices of Stephenson County, says of the facility at 565 N. Turner Ave., in Freeport. “We had been renovating a wing of the building, and now we can provide on-site shelter and emergency services for survivors for up to 90 days.”

There are five bedrooms with a capacity of about 20 individuals. Three rooms are set up for parents with children and two rooms are made for singles, although Maskell says they can support as many people as possible.

“And we are pet friendly, too,” Maskell adds.

Since she came on board in December 2016, Maskell has led the charge in sharing what Voices of Stephenson County has to offer.

“We’ve increased significantly our presence in the community,” she says. “We have floats in parades and we participate in other fairs. We had a booth at the Stephenson County Fair. We want people to learn about us and learn about the stigmas related to violence, so we can reduce the numbers and hold offenders accountable.”

It’s been a goal of the organization since 1917, when a program called Voices began as part of the Freeport YWCA. In the early 1980s, the YWCA dissolved and its building became a standalone center for addressing domestic violence. In 2014, Voices brought on services for sexual assault survivors and expanded its mission to become Voices of Stephenson County.

“Our goal has always been two-fold: First and foremost, we want to support and provide quality, confidential services to survivors and family members of domestic and sexual violence,” she adds. “Our other purpose is to increase the awareness of domestic and sexual violence with the inevitable dream that, at some point, it will be eliminated from our society. That’s a ridiculous goal, but without education, that will never happen.”

According to Maskell, in Stephenson County alone, law enforcement receives roughly 2,000 calls annually related to domestic violence and sexual assault. She says that’s high for an area with a population of about 44,500.

“In addition, our agency serves about 650 individuals a year: 500 for domestic violence and around 150 for sexual assault,” she says. “And we respond to 15-20 calls from the FHN Memorial Hospital emergency department annually.”

While the numbers may seem big, Maskell likes to look at the positives.

“We would like to say it’s high because people are seeking our services,” she says, acknowledging there is no way to measure how much abuse happens behind closed doors. “We can’t say that it’s happening more than it does anywhere else, but we do have a good outreach and a good relationship with law enforcement to assist survivors. I think those numbers may be higher because people are seeking our help.”

Those who receive services through Voices arrive through many paths.

“A good number come from law enforcement,’” Maskell says. “If a 911 call is made related to domestic and sexual violence, Voices of Stephenson County is going to become aware of that situation and we will confidentially reach out to the victims and educate them on our services and assist them if they want us to.”

Maskell emphasizes the strong working relationship Voices has with local law enforcement. This also includes a partnership where the group provides on-scene assessments for intimate partner violence. If a victim qualifies, law enforcement will contact Voices on scene.

“Another way we connect is through the hospitals and other professional social services organizations,” she adds. “And we have a high percentage who are self-referral and Googled us. We also have a strong relationship with local school districts, where we get quite a few referrals.”

Voices is deeply involved with area schools, providing prevention programs and offering classes on body safety to all ages.

Maskell emphasizes that people who contact Voices can remain anonymous.

“We have a lot of people who call and kind of feel out the services,” she says. “They don’t tell you their name, and that’s just fine. We encourage people to just call and speak to us. If somebody wants to call and just discuss a scenario with us, that’s OK.

“And our advocates never suggest or require that someone leave a violent relationship,” Maskell adds. “Our goal is to make people as safe as possible, and sometimes it is safer to stay. We’ll support them, no matter what stage they are in. Someone doesn’t have to feel they have to be ready to leave to receive our services.”

That can sometimes be difficult.

“We only contact law enforcement if the victim wants us to. We do fear for some of our clients’ lives, and we do everything we can. But we have to respect what that client wants. There are times, despite our best ability, that clients still make decisions that we worry about.”

Voices of Stephenson County is staffed 24 hours a day, and every member of the team is certified in addressing domestic violence and sexual assault. They are also certified in danger assessment. There were 13 paid employees when Maskell started in 2016, and that number is now up to 31.

Voices also offers other services for clients, including legal advocates who can assist with orders of protection and the criminal process.

“Our staff is in the courthouse every day, sometimes five or six times a day,” Maskell says.

And if there is a legal need that is above and beyond what Voices can provide, the organization can help clients find the services they need.

About 80 percent of funding for Voices comes from state and federal grants. They do receive local funding and private donations, and they offer shelter sponsorship opportunities.

One of their biggest sources of local support comes from the Book Nook at the Freeport Lincoln Mall, located at 1255 W. Galena Ave. It’s open 10 a.m.-4 p.m. on Mondays, Tuesdays, Wednesdays, Fridays and Saturdays, and 10 a.m. to 7 p.m. on Thursdays. Run primarily by volunteers for over 50 years, the Book Nook is donation-based. Its Facebook page includes lists of what items can be donated.