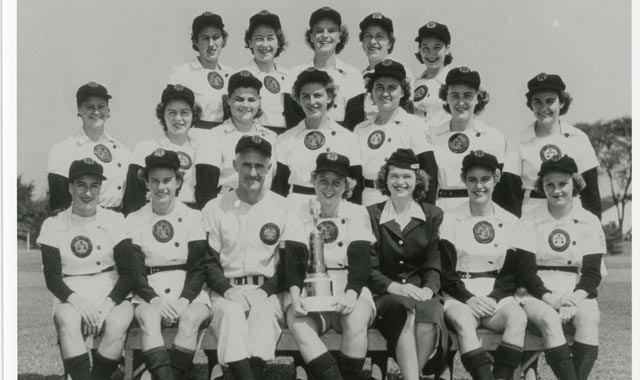 After a 19-month hiatus due to COVID-19, Rockford’s crown jewel theater is ready once more to welcome audiences indoors. Here’s a sneak preview of what’s to come.

Doug Johnson, the new assistant general manager at Rockford’s Coronado Performing Arts Center, is making the most of the historic building, while keeping an eye toward the future.

“We’re working to bring more high-quality entertainment to the Coronado, including comedy, contemporary music, children’s shows and movies while offering an even bigger variety of productions than in the past,” he says. “What we’re doing is good, but we need more diverse programming that can be achieved in a variety of ways to widen the cultural activities here. My goal is to make the Coronado a destination that attracts people from all over the region.”

Johnson has been on the job just three months, but he’s worked in venue management for 25 years. He’s affiliated with ASM Global, a Los Angeles-based venue and event management company that oversees hundreds of venues, including the Coronado and Rockford’s BMO Harris Bank Center. When Johnson was offered the job in Rockford, he was ecstatic.

“I thought it was a great opportunity for me,” he says. “The Coronado is one of the most gorgeous theaters in America, and it’s exciting to open the building back up.”

The theater is now booking performances for spring and summer, and although it’s getting a bit easier to fill dates, the pandemic has slowed things down a bit, he says.

“But as COVID-19 cases go down, our industry can literally breathe again,” he says. “We’re open and as close to normal as we can be, but every day is different. Some groups have fully returned to a touring schedule, while other groups aren’t touring until next week or next year. Booking acts is not as easy as it used to be, but we’re doing it and we’re looking to bring only the best entertainment to Rockford.”

The Coronado Performing Arts Center is home to the Rockford Symphony Orchestra (RSO), the Broadway in Rockford series and the Rockford Dance Co. The venue also hosts and partners with Friends of the Coronado and the Land of Lincoln Organ Society, two nonprofit organizations that help to maintain and preserve the historical assets of the theater and to educate the public about “Rockford’s Crown Jewel.”

The RSO has already announced the details of its 2022 Music Director Finalists Season, and it will consist of nine concerts, each with a different guest conductor, beginning in January.

Each conductor is a finalist to replace outgoing maestro Steven Larsen, who’s retiring as RSO Music Director after nearly three decades in town. Larsen planned on retiring at the end of the 2020/21 season, but due to the pandemic, he’s extended his contract through December and his final concert is Dec. 18.

The nine candidates who will appear this season were selected from more than 200 applicants. They’ve been asked to program and conduct a concert and spend a week in Rockford. The nine finalists are Yaniv Attar, Andrew Crust, Eric Garcia, Tania Miller, Radu Paponiu, Yaniv Segal, Scott Terrell, Vlad Vizireanu and Alistair Willis. Information on all finalists is posted online at rockfordsymphony.com.

In the past, RSO concerts have been labeled “classics” or “pops,” but for the upcoming season, all concerts will be “cross-genre,” incorporating pieces from both the traditional and lighter pops selections to showcase each finalist’s ability to program and conduct diverse repertoire.

RSO season subscribers can receive a free ticket to the 2022 Holiday Pops concert, free parking pass, priority seating, easy exchanges and access to the Subscriber Lounge. Season subscribers can also evaluate each candidate and be part of the process of selecting the next music director.

And thanks to one of the Coronado’s most recent upgrades, productions and performers will have their names in lights like never before.

The Friends of the Coronado Foundation recently added more excitement to the reopening of the theater with a “stunning” restoration of the iconic marquee. It was repainted with the original, rich and vivid colors, equipped with all-new mechanical systems and updated with 2,808 LED lightbulbs, says Beth Howard, Friends of the Coronado executive director.

“Our restored marquee is stunning, with bright and beautiful LED fixtures reminiscent of the historic 1927 incandescent bulbs,” Howard says. “The dancing lights towering 65 feet high are lighting up downtown once again for show nights and more. We’re over the moon to see our marquee glowing each evening. We accomplished the project because of incredibly generous gifts to Friends of the Coronado.

“Everything at the Coronado has a story and so does our marquee,” she adds. “Theater historians refer to marquee signs as the “electric tiara” of the grand old movie palaces. In the 1920s, the signs were engineering feats with chasing lights on tall towers reaching to the sky and canopies extending over busy streets bustling with Model T’s. The local sign was first restored in 2001 to bring back the design of the 1920s-style marquee.”

Johnson says keeping the building clean, well-maintained and in its original condition is a top priority.

To do so in the pandemic era, ASM Global has a program called Shield Venue, which provides a higher-than-normal attention to cleanliness in more than 300 buildings nationwide. In part, the program includes cleaning and re-cleaning high-touch surfaces, employing a cashless system for concessions and reducing physical contact with staff and patrons.

All of these changes were made to conform with COVID protocol, but even after the pandemic, the new standards will be applied, Johnson says.

“COVID gave us an opportunity to rethink what we do here in terms of cleanliness and patron safety,” he adds.

Since its opening in 1927, the Coronado has had a long history of welcoming celebrated dance companies and world-famous performers, from the Joffrey Ballet to the Alvin Ailey American Dance Theater’s Ailey II company, and the National Ballet Theater of Odessa, which visited in January 2020 just before the COVID-19 pandemic shuttered performing arts venues across the country. Rockford Dance Co. made its return to the Coronado with its annual presentation of “The Nutcracker” this December.

Tickets for all upcoming events can be purchased in person at the theater, online at coronadopac.org or by calling the box office at (815) 968-5222.

“The Coronado is such a cornerstone of the entertainment industry in Rockford,” says Johnson. “We want more people in the building and we want to expand on what we have to offer the community. It’s a ‘gem’ and should be treated as such. It’s been used for 100 years, and we are now the caretakers of this beautiful building. We want to keep it in business for as long as possible.”

Rockford Symphony Orchestra has announced its 2022 Music Director Finalists Season and will present nine concerts throughout the coming months. Learn more at rockfordsymphony.com.