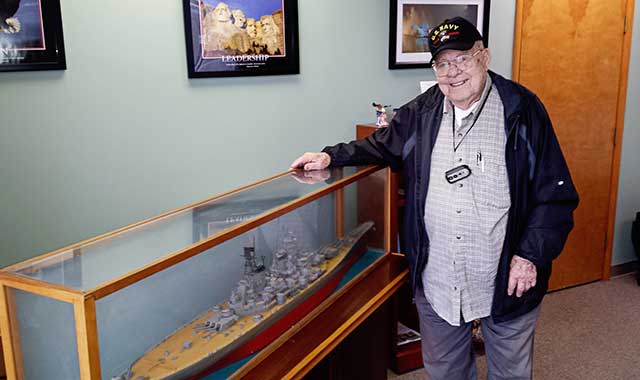 There’s a side to this local news reporter that’s serious and straightforward, but there’s also a spontaneous side that’s led her to some interesting places in her young career.

There’s a side to Zoe Chipalla that’s straightlaced and forward, serious in presenting the news of the day to Rockford-area viewers of WIFR Channel 23.

But off-camera, there’s a spontaneous side to this bubbly 22-year-old reporter and anchor. And it’s taken her to some pretty interesting places.

Had you asked Chipalla two years ago what she wanted to do with her life, she would have told you she enjoyed writing and communications. From the age of 7, the Rockton, Ill., native has loved musical theatre. But a career in journalism? She didn’t see that coming.

It was her junior year at Illinois State University, and Chipalla needed an internship. She started asking around, and soon she got a call from Maggie Hradecky, a longtime family friend and fellow Redbird who also happens to be the news director at WIFR.

“Maggie reached out to me and said, ‘I had no idea you were interested in journalism or that you’re majoring in communications. Have you thought of journalism?’” recalls Chipalla. “I was like, ‘No, I haven’t.’ And just since I had been doing theater with her son, Jack, for so long, she was like, ‘I think you would be so good at this.’”

Chipalla recalls thinking that anything was worth a try, so she accepted Hradecky’s offer and became a WIFR intern last summer. Although she had limited experience in journalism – let alone television news – she was thrown into the action right away.

“I had no background, so it was definitely a very sink-or-swim situation, and I made it work,” Chipalla recalls. “I felt like I really thrived off the adrenaline, the fast pace of the experience and being able to connect with people. At that point I was like, ‘I know I want to do that.’”

The aha moment is still burned into her memory.

“The first time I knew I was hooked, there was an apartment fire over in Machesney Park [Ill.], and the entire building was on fire,” she recalls. “It was just this massive blaze.”

Firefighters were rushing around, sirens were blaring, people were crowding around as they watched their home go up in flames. In all of the excitement, she also felt a deep empathy for people who lost everything in the blaze.

When summer passed into fall, Chipalla asked if she could stay on awhile longer. Her senior-year classes were going to be online due to the COVID-19 pandemic. Hradecky agreed, and before long Chipalla found herself thrown into new places – producing shows, shooting video, editing video stories, and the biggest promotion of them all, handling the anchor desk on weekends. She became a full-time reporter last December – while still completing her studies full-time online – and graduated this August with her bachelor’s degree.

When she’s not running around on assignment, the self-professed “adrenaline junkie” goes in search of new adventures. Chipalla enjoys kayaking, hiking local forest preserves, traveling and spending time with family. She’s gone ziplining in Colorado and day tripping to Lake Geneva. She likes to go wherever the wind takes her.

“I spontaneously moved to Florida right after I graduated high school and lived there for nine months,” she says. “I got into parasailing and going to the beach.”

Chipalla finds the pursuit of fun and outdoors adventures helps her to cope with some of the heavy subjects she covers as a television reporter. Shootings, car crashes, drownings, fires – being on the scene of so many disasters can sometimes be numbing, she says, especially because it takes a certain empathy to connect with the people she interviews. It’s easy to feel a strong connection with others, she adds.

Chipalla still remembers the time she covered the story of a 2-year-old who drowned in the river. As she interviewed the mother, Chipalla could feel her own heart breaking.

“I remember asking if I could hug her, because I didn’t know what else to do,” she recalls. “It was like I was there to tell a story, but this is also my community, so if there’s something I can do to help, if I can give this woman something good to remember, if I can shed some light for the community to come together and rally behind this woman, then that’s my role and I’m going to do it.”

Telling the news can also feel personal for Chipalla because she’s speaking to her own hometown. Her parents and extended family still live and work here, and it’s not uncommon for her to discover mutual connections with those she interviews. In a way, she feels like every day brings a new chance to advocate for the same things that matter to her viewers.

“I think at first, I could easily say, ‘I’m 22 years old and I’ve just finished college. This wasn’t my plan to be back in Rockford,’” she says. “My plan was to get the heck out of dodge and build a life somewhere else, but every day I realize more and more how special it is to tell the stories of my neighbors.”

Chipalla says she can envision plenty of adventures and big moves in the future, but for now she’s living life one day at a time. She feels a true calling to be here, in this moment.

“Some days, I can’t help but think maybe this is the point,” she says. “Maybe I’m supposed to be here to talk with this person, and that’s the purpose. It’s not something I take lightly. It’s something I feel like I’m doing because I’m helping. I’m serving some kind of purpose in somebody else’s life. So, getting on camera is getting on camera, but people turn to us because they want to learn more.”

In turn, she finds she’s learning a lot from the people she encounters.

“I’ve never seen another community that stands together the way the Rockford area does,” she says. “It’s really nice when I can get tokens of wisdom from people.”

Chipalla finds it funny today how the girl who had no “kick” for the news grew up to become a familiar face on local television. But she also believes it’s a perfect fit and a true calling that builds on her inquisitive, spontaneous nature.

“I’d like to say I think about my decisions more,” Chipalla says. “I think I really do, but I think I’m also the type of person to take action first and then think later. It was a good move, a spontaneous move I made because I really found a passion for storytelling through my experiences here.” 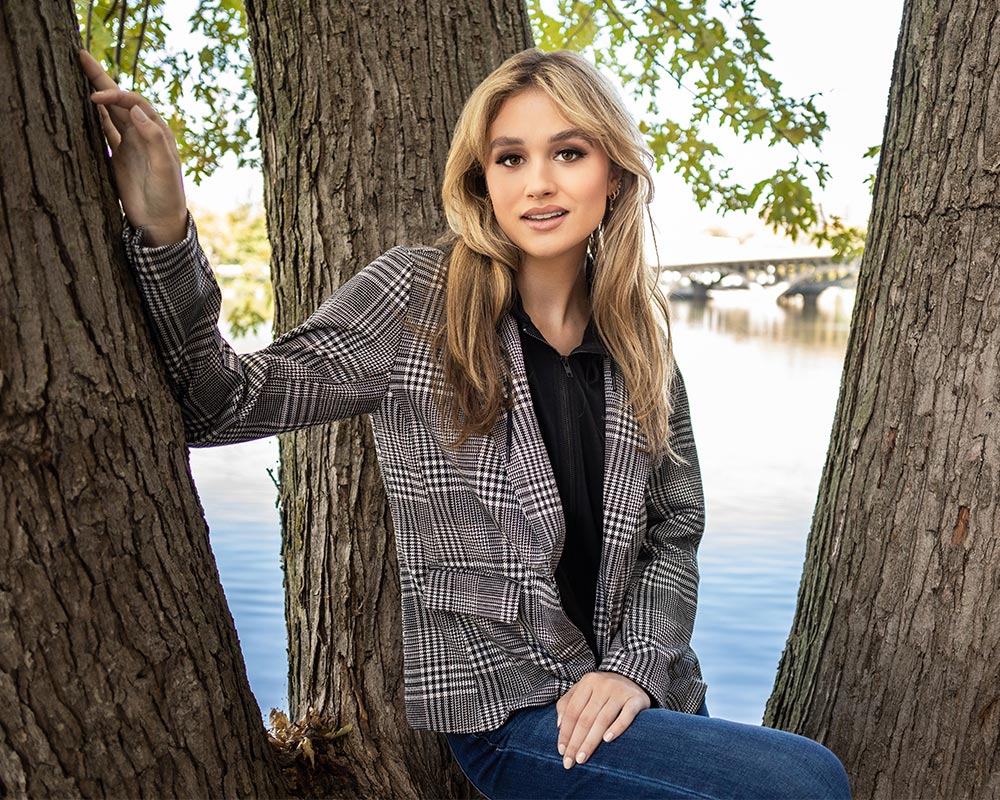