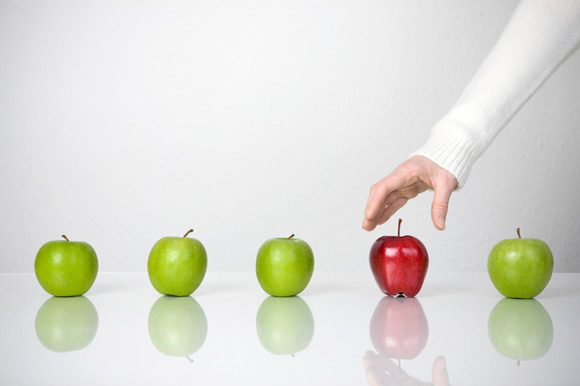 The curtain once again rises on this independent theatrical troupe in Rockford, just in time to celebrate their 18th season.

It’s time to celebrate with the Artists’ Ensemble Theater (AET) in Rockford.

After being dimmed for 18 months, the stage shined brightly again when “Jeeves Saves the Day” opened in the Cheek Theatre at Rockford University’s Clark Arts Center on Oct. 7.

“We’re so happy to be back after closing the curtains during the pandemic,” says Richard Raether, AET artistic director. “It’s been noted that theaters would be the first to close and the last to open. No truer words could have been said, but we’re more than ready now and anxious to start performing again.”

AET showcases three new performances during its 18th season. The twice-postponed production of “Jeeves Saves the Day” is Regarded as a comic delight. The show was written and adapted by Raether’s wife Margaret, a published playwright, and based on stories by P.G Wodehouse, an English author.

Season 18 continues in the winter with two more productions in the 140-seat Cheek Theatre. “Ben Butler,” a fascinating, witty play that takes place during the Civil War, opens on March 24, 2022. “Murder on the Air,” a layered mystery set at radio station WBFR in 1938, wraps up the season with its debut on May 12.

“It was really a tricky time for us during the pandemic,” Raether says. “For those of us involved in the performing arts and theater, there was no earned income for 18 months.”

To keep the momentum of a full house, AET is following all COVID-19 protocols in compliance with Illinois and CDC recommendations to ensure a good and healthy time for cast, crew and audiences. Guests will be asked to wear a mask inside the theater and provide proof of vaccination or a negative COVID-19 test.

“More than anything, we want our audience to feel safe in our theater as we welcome them back this year,” Raether says.

As a professional theater company, AET is composed of paid actors, technicians and designers. Being part of a stage production is their livelihood. One-third of the production cast, including Richard Raether, are members of the Actors’ Equity Union.

When things were on shutdown this past year, AET received funds through the SBA Paycheck Protection Program Loan and was awarded a Shuttered Venue Operators Grant. It also received grants from the Illinois Arts Council, Community Foundation of Northern Illinois and Rockford Area Arts Council.

Through it all, AET has also stayed afloat through the financial support of community members and businesses.
“Even a $5 donation is very important to us, and we are grateful for every dollar that is raised,” Raether says. “The funds help us to continue bringing innovative and original theater productions to our hometown of Rockford.”

AET is also led by a supportive nine-member board of directors, including officers David A. Lewandowski, president; Lisa Turbyville, secretary; and Sue Mainville, treasurer.

While the stage lights were off, the talented AET actors created a new project they call “Mysterious Journey,” a podcast of short plays.

Each audio play runs from 12 to 25 minutes, and they’re all performed by AET actors. The plays are adapted from writers like Ray Bradbury and H.G. Wells. The latest show is the multi-part adaptation of Agatha Christie’s “The Man in the Brown Suit.” There are 24 free episodes on AET’s podcast to enjoy whenever you’re ready. Listen to them on the AET website or download on your preferred podcast provider. The podcast continues with new episodes every two weeks.

“Our podcast has been tremendously popular,” Raether says. “We’ve reached 4,000 downloads in 30 countries. That’s certainly quite a feat and a testament to the appreciation of AET’s talented actors and staff.”

It’s been a long and successful road for AET since its founding in 2004. Raether recalls the early days like they were yesterday.

“It must have been at a gathering when a group of like-minded people with theater experience asked ourselves what we’d like or do if we had our own theater,” he says. “As actors, designers, technicians, and business people, we just said, ‘Let’s do it.’”

The result? Their first season sold out. The actors in AET’s productions are professionals with a wide depth of talent.

Raether garners more than 40 years of experience. A native of Rockford, he came back home after working in New York theaters for 10 years. His wife, Margaret, is a gifted playwright who provides original adaptations for both AET and other theater productions. Her distinctive works includes four other P.G. Wodehouse story adaptations, including “Jeeves at Sea,” “Jeeves Takes a Bow,” “Jeeves in Bloom” and “Jeeves Intervenes,” which have been performed all over the U.S., England, Canada and New Zealand.

Another component of AET’s enduring success is Rockford University, home of all AET’s live performances. Students can audition and be chosen to perform in age-appropriate roles of AET productions.

“We have a very strong and mutually beneficial partnership with the University,” Raether says. “In addition to providing us the use of their facility and equipment, we have the opportunity to mentor students.”

The relationship helps to build a future for theater.

“This is a fantastic way for a student to have a professional credit on their resume and be a part of the Equity Membership Candidate Program of the Actors’ Equity Association,” Raether adds.

Students are involved in “Jeeves Saves the Day” as technicians and associate scenic designers.

Raether is hoping for a sell-out season, but for now he’s happy just being back. Tickets can be purchased online or at the box office, by visiting artistsensemble.org or calling (815) 394-5004.