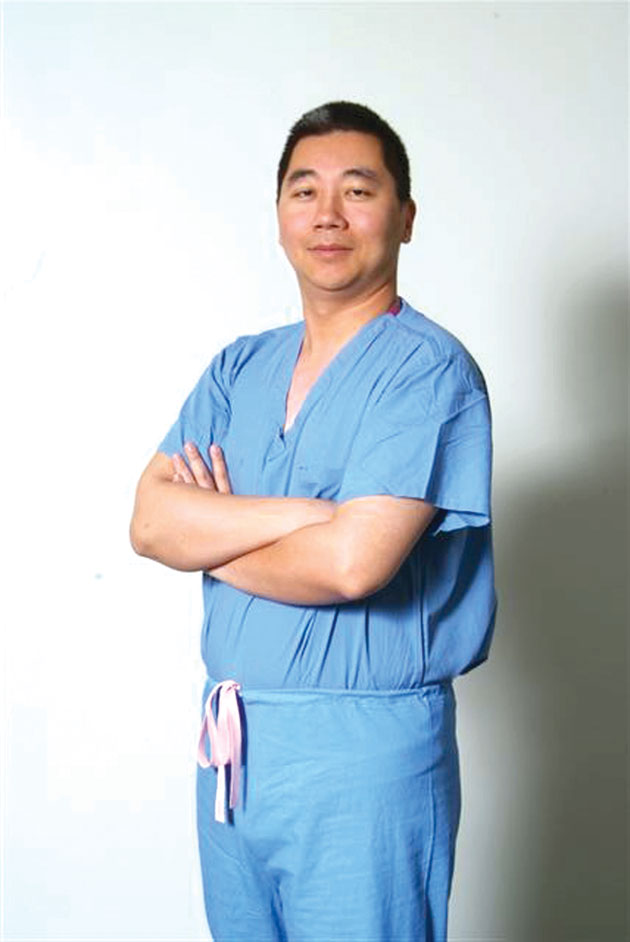 He’s spent more than three decades making the Forest City more colorful, and that includes the tree-lined boulevard of his own neighborhood.

Knoll spent more than 30 years as a landscape architect, designing unique and creative residential outdoor spaces in the Rockford area. Some of his best work could be seen right outside the front door of his Rockford residence on Calvin Park Boulevard, the street he’s called home for more than three decades.

Not only has Knoll been a resident, but he was the neighborhood association’s president for 20 years. His charge was to make sure one of Rockford’s most recognizable streets was beautiful with blooming flowers, colorful plants and majestic trees.

These days, the 71-year-old Knoll is semi-retired from the landscaping business. But after a one-hour conservation, it’s apparent how much he enjoyed a long and satisfying career.

“Landscape architecture combines the artistic part of designing the outdoor landscape space with some knowledge about horticulture,” he says. “I enjoy art and I like learning about the artistic aspect of landscape architecture and then applying that with plant material. I enjoyed designing both residential and commercial projects. I still enjoy it; I just don’t have to do it for a living.”

Knoll grew up on a small dairy farm in Monroe Center, Ill., just south of Rockford. His days were long, waking up early to milk cows and feed pigs before school, and then tending to more chores when he returned home at night. “Everything was done by hand back then,” he says. “It was laborious work. But my farming background prepared me for the appreciation of plant material and that physical aspect of working in landscape.”

In high school, Knoll took a job with a local nursery on Saturdays, digging holes and planting trees, which planted the seed for his love of landscape. He knew he wanted to go to college and visited several schools in the Midwest. He earned a degree in earth science from Northern Illinois University before heading off to Iowa State University, where he obtained a second bachelor’s degree in landscape architecture.

“Beauty is in the eye of the beholder,” Knoll says. “When you study art and take landscape architecture classes you learn what visually looks good. You see what works and what doesn’t work, and you develop an appreciation for the artistic aspect of any project.”

After graduating from college in 1977, Knoll moved to Rockford for his first job with John Cook & Associates. He then started his own firm with a partner, Lindberg & Knoll. Knoll’s team was responsible for many projects, including the design of the Rockford Park District’s Rose Garden and floral clock project in the mid-1980s. But after four years of working on his own, Knoll discovered another passion, which he didn’t know he had: teaching.

Knoll had an intern from Kishwaukee College working in his office, when he learned of an opening for a professor in the horticulture department. Knoll jumped at the opportunity to leave his business behind to teach students about plant material, landscape design and CAD drafting.

“I was getting married in 1985 and teaching fit into our plans perfectly. It was a good change,” he says. “I really enjoyed teaching. I liked working with the different personalities, seeing the students grow in their studies. And it was rewarding to travel with the students to different arboretums throughout the Midwest including St. Louis, Chicago, Milwaukee and Indianapolis.”

Knoll retired from Kishwaukee College in 2012 but is proud of the fact that many of his former students are working in the horticulture field today in Rockford and beyond.

“The key to success in landscape design or horticulture is the same as in any other profession,” he says. “The landscape part is going to be more physical, but the architecture part is where you learn about the art and computer design. I’ve always enjoyed the hands-on part where I can do the physical work, rather than being stuck behind a computer.”

It was fitting that Knoll and his family moved to Calvin Park Boulevard in 1985. Calvin Park is maintained by the Rockford Park District. The 60-plus homeowners in the neighborhood pay annual dues for upkeep of the tree-lined boulevard. This is not your typical neighborhood. Every year the residents enjoy fun activities such as an Easter egg hunt, picnics, and holiday-season carriage rides and luminaria.

The neighborhood association was formed in 1984. Knoll says the mission of the group is stewardship-based and despite people moving in and out, the homeowners have always supported the association’s efforts.

“It was serendipitous that I came to live here as a landscape architect,” he says. When I became the association president in 1986, it was a nice fit. I was able to look at the space and provide stewardship for this neat park area we have right in front of our homes, and the Rockford Park District has been wonderful to work with since the inception of the association.”

Knoll’s passion for Calvin Park Boulevard was shared by his wife, Gloria, who passed away three years ago. The couple enjoyed their home and participating in the many neighborhood activities. Knoll created a memorial planting along the boulevard as a tribute to his late wife.

“It’s something that both the public and I can enjoy,” he says. “It’s a living tribute and a wonderful memory for me. She lived here for 30 years. It gives me comfort to look at it out my window and see the changes of the season.”

The love of landscape runs deep in the Knoll family. Knoll’s sons, Ryan and Jarrod, own Knoll Landscaping, a Rockford-based landscaping contracting business. The younger Knolls earned their horticulture degrees from Kishwaukee. Though he’s retired, Knoll is available to help his sons with a big project. “I always let them do their own thing,” he says. “I’m proud of them. It’s been a good career path.”

These days, Knoll will occasionally take on a consulting project. He still consults on some larger-scale residential projects in the area, and he also serves as the resident landscape architect for Indian Hill Manor on Kishwaukee Road.

But most of his time is spent with family or enjoying one of his many favorite hobbies including downhill skiing. A sports enthusiast, Knoll can often be found at a nearby high school football field or baseball diamond cheering on one of his five grandchildren.

And his love of travel is unmatched. Over the years, Knoll has traveled to England, Iceland, Greece, France and Italy. He’s a farm boy at heart with a thirst to see the world.

Mostly, Knoll likes to putter around Calvin Park Boulevard, pruning, weeding and planting flower beds – whatever needs to be done – not to mention the long hours he puts in around his own yard. Knoll is lean, fit and his appearance belies his age, in part, because of his love of working up a sweat in a flower bed.

“I enjoy being here,” he says. “Where else could I find four blocks of beauty like this right outside my front door?”