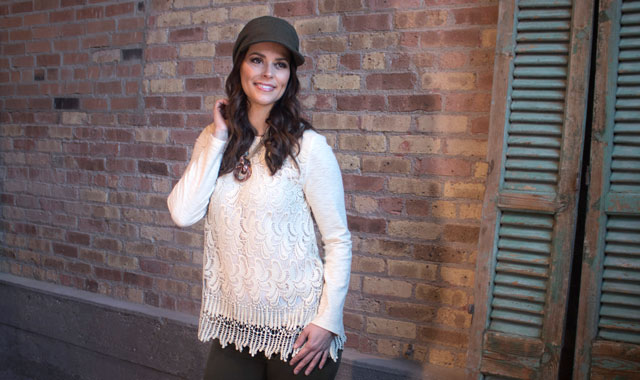 Winter Fashion: What to Wear

Smaller inventories, growing demand and rising prices are conspiring to make this an off-the-charts kind of season for anyone who’s buying and building homes this year.

If buying a home is in your plans this year, be prepared for a wild ride. Tight inventories, rising prices and ferocious competition are turning conventional wisdom on its head in the real estate market.

“COVID really shifted the mindset of home. It’s not just a place where you rest your head,” says Conor Brown, CEO of Rockford Area Realtors (RAR). “Having the ability to work from home now, people want more space, maybe a bigger yard or an additional bedroom they can work out of.”

At the same time, low interest rates and affordable housing costs are persuading first-time buyers and people in larger metro areas to consider a move. At a median sales price of $145,000, the Rockford area is still more affordable than suburban Chicago and several Illinois markets, including Champaign-Urbana, Bloomington-Normal and Kankakee, according to Illinois Realtors, a statewide association for real estate brokers.

“In March, the sales actually outstripped the monthly inventory, which has never happened,” says Brown.
This April, monthly inventory dropped to 293 homes, even as 539 new listings became available.

“In my 38 years in the real estate industry, I have never seen a market like this,” adds Jean Crosby, managing broker-owner at Berkshire hathaway HomeServices Crosby Starck Real Estate, in Rockford. “Currently, we have 360 single-family homes on the market, and there are 801 single-family homes under contract and heading for the closing table.”

Not surprisingly, sales prices are rising at a fast pace. This past April, the three-month rolling average sale price in Winnebago, Boone and Ogle counties rose to $161,693, the highest average ever recorded in Rockford.
Median sales prices in Illinois could still climb an additional 20% this June, according to the Illinois Realtors Housing Price Forecast.

Conventional wisdom would suggest this is an ideal time to build a new home, but COVID-related disruptions in the economy are proving otherwise.

“This year was looking very promising, and then the cost of building materials – specifically wood products, which are a major component of every single-family home – have been increasing dramatically,” says Dennis Sweeney, executive vice president of the Home Builders Association of Greater Rockford Area. “That’s made it very challenging for home builders and buyers, as the cost of new construction has risen dramatically in the past six months.”

According to the National Association of Home Builders, prices on residential construction materials have shot up 12.4% over the past year. Steel rose 22% in three months. Lumber has skyrocketed 52% since November, the report suggests.

Factoring in lumber alone, a new home costs almost $20,000 more this year, Sweeney estimates. The result is a widening gap between the cost of building a new home and the cost of buying an existing one.

“The closer those costs are together, the easier it is to build that house,” says Sweeney.

In our region, rising costs of new construction are only further compounded by a slow recovery from the 2007-08 recession. Not only is the construction workforce tight, but Illinois’ aging and decreasing population has suppressed the demand for new housing.

“In fact, the state of Illinois has seen the slowest rate of recovery in the nation,” adds Sweeney.

There’s still hope for the months ahead. Looking toward Loves Park, Ill., where there’s more available land and a higher rate of new home construction, Sweeney guesses there could be roughly 150-200 new homes this year, based on the number of building permits issued this spring. He says the city issued 10 single-family building permits in April and another 15 in May. That pace is roughly comparable to 2019, before COVID upended everything.

For those looking to buy or sell this year, Crosby recommends seeking a strong pre-qualification letter, preferably from a local lender who understands this region’s housing market.

“My best advice for consumers is to rely on a real estate professional the consumer knows and trusts with one of the largest purchases of a lifetime,” she says. “Finally, rely on a local lender who knows the market and whose reputation is impeccable.”