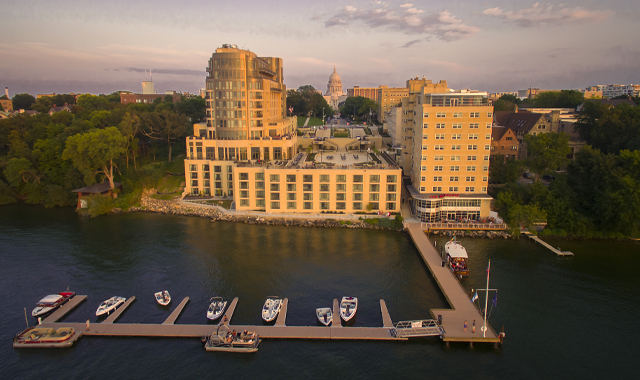 How do we know when we’ve reached the Top 25 communities? A helpful tool from Transform Rockford offers a gauge for where we’ve come and a target for where we still have left to go.

Top 25 by 2025. That’s the stated goal of Transform Rockford, the nonprofit facilitator of our region’s strategic improvement.

But what does Top 25 mean, really? And how do we know when the goal is reached?

Built around concepts such as Safety, Neighborhoods, Employment, Education and Wellness, some of these metrics are leading indicators, and they offer quick signs of progress. Others are lagging indicators that take a long time to register improvement. They’re all built using publicly available data sources.

To truly gauge Rockford’s improvement, it’s important to know how we compare to others. So, the scorecard compares Rockford’s position against 100 “peer communities.” Each one is similar in population size and manufacturing strength to the Rockford area. The list includes Illinois cities like Peoria and the Quad Cities; Wisconsin communities like Appleton, Racine and Wausau; and high-profile regions like Cedar Rapids (Iowa), Evansville (Ind.), Fort Wayne (Ind.), Huntsville (Ala.), Napa Valley (Calif.), Norwich-New London (Conn.), and Waco (Texas). Of course, Rockford’s overall standing is always relative to the progress of those peer communities.

“I’m very encouraged, when you look at the inner circle – our overall rank – we’re yellow,” says David Sidney, executive director of Transform Rockford. “So, what that tells us is we’re the top 50 out of our 100 peers.”
Take a look at the scorecard at transformrockford.org/scorecard, and you’ll see there’s plenty of yellow to go around. On many issues Rockford falls squarely in the middle of the pack. There’s a lot of green on Diversity and Infrastructure. There’s plenty of orange and red around Safety, Neighborhoods, Environment and Growth.
Based on the most recent data available, Rockford ranks among the top 25 for households with a computer and broadband internet. On the availability of mental health providers, the Rockford region has jumped 15 ranks to 52nd overall. Property crime decreased compared to other communities, pushing Rockford up 28 spots to 37th overall.

“Our homicides are down overall,” says Police Chief Dan O’Shea. “But one thing that’s remained very steadfast and problematic is domestic violence. It accounts for about 35% of our violent crime every year, and that hasn’t changed.”

On several metrics, we’re seeing mixed improvements. While the percentage of population in poverty has improved to 14.7%, we’ve remained 47th overall. The percentage of people with a bachelor’s degree jumped to 23%, yet our overall ranking fell.

“To hear that 23% of our population has a college degree, that statistic is going to change pretty dramatically, I think, because now we have the Rockford Promise scholarship,” says Rockford Mayor Tom McNamara. “This says every single child in Rockford who goes to Rockford Public Schools and works really hard to get a 3.0, they’re going to be able to go to college for free. So, this statistic will continue to climb.”

Still other metrics suggest a falling behind. The number of full-time workers living in poverty grew, dropping Rockford’s ranking from 34th to 77th. The region’s overall population decreased 1.84% over the past five years – echoing a trend seen across Illinois. Adult obesity increased, dropping our ranking almost 30 points to 63rd overall. And, while overall home values have increased, they’ve fallen behind our peer communities. Still, there are bright spots.

“We’re still top 15% for affordability, and that’s not just taking into account the price of a home,” says Conor Brown, CEO of Rockford Area Realtors. “You’re talking financing, insurance, property taxes – which is a big component – and we are still pretty competitive. I think that’s why we’ve seen so many people, particularly this past year, looking toward Rockford, because we have so many amenities and their dollars really do stretch farther here.”

Early indications suggest 2020 data – which won’t be available until late this year – won’t look great, but it’s important to remember the effects of COVID-19 are felt across the nation. That’s why Sidney believes it’s critical right now to focus on Rockford’s orange-colored metrics, those qualities where we rank in the bottom half.

Accordingly, Transform Rockford volunteers are now doubling down on projects that target these metrics. The Innovation Ecosystem team is targeting business startups, growth and retention. The Great Neighborhoods team is targeting neighborhood investments. Another team is working on a regional brand. There’s also work on improving health outcomes and supporting diversity, equity and inclusion.

“I think this year, 2021, is really important for agreement, partners and people coming together on those areas that are in orange on the scorecard, so that we can make progress,” says Sidney.