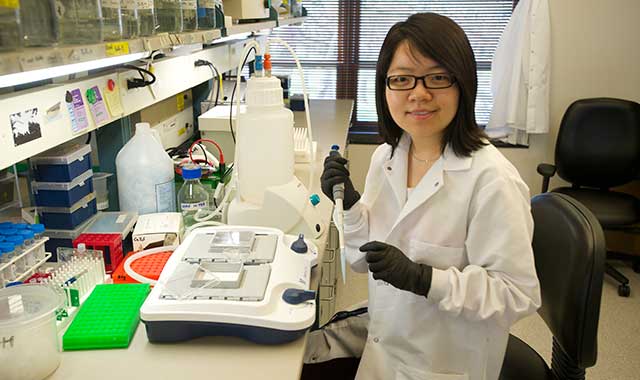 Good Medicine for the Community & Economy

For families where separation, divorce or domestic violence have left brokenness, Children’s Safe Harbor, in Rockford, is providing a source of hope and an important partnership in the healing process.

Children’s Safe Harbor, 1416 20th St. in Rockford, can be the first step toward healing when children and their parents have suffered all of the hurts leading up to separation and divorce.

The nonprofit organization provides a safe place for families when exchanging children for visitation (called parenting time in Illinois) and supervised visitation by experienced staff.

“Separation and divorce are difficult, whether or not domestic violence has occurred, and can breed a lot of conflict and bad feelings for a very long time,” says Executive Director Megan Brechon. “We don’t want children or adults to have additional trauma, and so we are a middle ground to help limit problems, making visitation times less challenging and exchanging children less of a difficulty. In cases where there has been violence, we offer less opportunity for violence to take place. Overall, our goal is to avoid bad situations before they happen.”

Families are referred to Safe Harbor through agencies, the courts or by self-request, and there are no fees for using the service. Safety measures include cameras, metal detectors and wands, managed by trained staff who monitor exchanges and visitations. Parents won’t see each other during their visits, because they arrive and depart at staggered times and use separate parking lots, entrances and exits.

Currently, about 35 families participate in the supervised visitation program, and there is a waiting list. About 50 families use the location to exchange children from one parent to another.

Most of those families have experienced some kind of violence, says Nicole Ticknor, a Safe Harbor board member and the project manager for Domestic Violence Coordinated Courts (DVCC).

“Safe Harbor’s work is homicide prevention,” says Ticknor. “Abusive behavior is not tolerated in that setting, and Safe Harbor is another tool in the court system’s tool box to help keep victims safe and offenders accountable.”

Statistics report one in four women will be a victim of domestic violence in their lifetime, and three women a day die at the hands of an intimate partner. Ticknor and Brechon believe education and a change of culture will be the impetus for changing the domestic violence picture everywhere.

Rockford’s DVCC is a specialized court for civil and criminal domestic violence cases. Since its establishment in 2012, it’s heard more than 10,000 cases, received more than $5 million in federal grant funding and helped courts to develop and improve their response to domestic violence. DVCC also provides support to victims, monitors offender’s court orders and provides ongoing training for judges and attorneys.

“Our courts have done a good job of recognizing and understanding how domestic violence impacts families,” Ticknor says. “Mayor Tom McNamara has brought a lot of attention to domestic violence and energized the community as a whole to address the problem.”

The effort to reduce domestic violence in Rockford received a major boost in January 2018 when McNamara established the Office of Domestic Violence and Human Trafficking Prevention. An extension of the city government, this office coordinates efforts to tackle the problem of domestic violence. Ten months of research on the subject led to a $500,000 grant from the federal Office on Violence Against Women, an agency of the Justice Department. The funds helped to establish the Family Peace Center, now located at 315 N. Main St., in downtown Rockford. The center brings together full- and part-time staff from a variety of agencies to service clients in one location.

The pandemic has, in some cases, made it harder for domestic violence survivors, says Brechon, because it’s further isolated them from support systems that keep them safe.

Oftentimes, the first person to come in contact with a domestic violence victim is a friend or relative – not the police, courts or victim advocates. That person has a big responsibility and should take it seriously, Brechon says.

“Friends and family can let victims know it is not their fault, listen, be supportive, and – most of all – believe what they are saying and help them find help,” Brechon says.

There’s a general belief that once a victim gets away from a perpetrator, the violence ends, but that is not true, she adds. The abuse just changes form. Safe Harbor tries to educate the public about domestic violence and how abuse can continue when relationships end. Sometimes, parents can use custody and visitation as ways to continue the abuse.

“Separation is the most dangerous time for women who are in homes where there is a history of domestic violence,” says Brechon. “Studies show a victim is at highest risk for serious injury and homicide after leaving. Stalking is among the tactics used, placing the victim in harm’s way.”

January was Stalking Awareness Month, which drew attention to the fact that, in most cases where serious injury or death have occurred, stalking is part of the history, Brechon says.

Too often, Safe Harbor is the last resort for hurting families.

“Well-intentioned families will do what we do somewhere else, but it doesn’t always work,” she says. “Before they get here, they have tried a lot of things to make it work. We can support healing for all members of the family by ensuring safety, and part of how we do this is by treating everyone fairly and with respect.”

People who are abused can feel unworthy, vulnerable and distrustful; the way you treat them determines their next steps, Brechon says. “If you are there for them, they can start to relax and have the freedom to find ways to heal.

“We are just one of the ways to help parent and child relationships function safely,” says Brechon. “We’re one step along the continuum of helping stop the violence and hurt by teaching new ways to behave. Men and women who use violence have an absolute need to control, not an inability to control themselves. Too often, family problems – especially domestic abuse – are hidden in secrecy because people are ashamed, embarrassed and afraid of losing their children in custody battles or in other ways. Unless healing begins, everyone suffers and that suffering is felt for generations to come.”

Adverse Childhood Experiences (ACEs), which can include instances of violence, abuse and neglect, have a tremendous impact on one’s lifelong experiences, according to the Centers for Disease Control and Prevention. They not only affect life opportunities and physical, emotional and mental health, but they could also influence decisions later in life, including becoming either a victim or predator.

“Creating and sustaining a safe, stable, nurturing relationship and environment for all children and families can prevent ACEs and help all children reach their full health and life potential,” according to the CDC.

Community support for Safe Harbor is always needed and over the past year, people have been generous with donations of money, cleaning supplies and toys. Safe Harbor always has a need for money, office supplies, toys that are easily cleaned and single-use toys.

The organization moved into its current location about four years ago and the plan is to continue growing by hiring more staff, serving more people, increasing hours and eventually making a move into a bigger building.
Brechon says she’s always willing to speak about Safe Harbor to individuals in person, via social media or virtually. Contact her at (815) 316-7772.