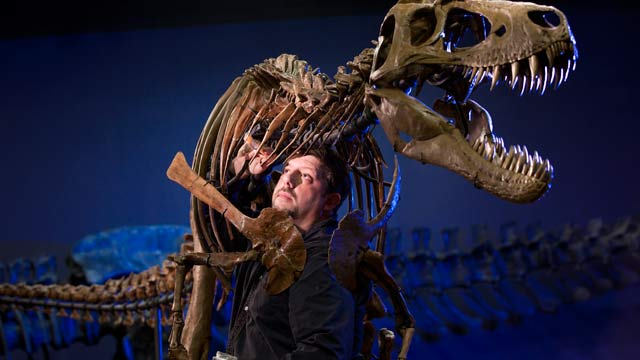 If you’re looking for an excellent hiking spot, and you haven’t been there lately, consider heading to Devil’s Lake State Park, the largest state park in Wisconsin and one of the most interesting. At more than 9,000 acres, with 500-foot-high quartzite bluffs and a natural lake that’s 47 feet deep in places, there’s plenty to see and do, and there are 41 miles of trails to hike. The interesting rock formations alone make it worth the trip, and if you’re a climber, the park offers some of the best opportunity in the Midwest for climbers of all skill levels.

Along with climbing, hiking, biking, boating, swimming, birding, photography and cross-country skiing, you can camp at this park in one of three sites. A campsite with electricity costs $35 for non-residents.

Because it welcomes millions of people every year, it’s wise to time your visit carefully. A weekday would be an ideal choice.

Trains have long captured the American imagination. An outing to this railroad park, touted as “the first park in the nation built just for visitors to see operating trains,” is a terrific way for family members young and old to spend time together. Visitors learn how important trains remain to our national economy as 80 to 90 per day pass through Rochelle, hauling millions of tons of merchandise.

Along with watching modern trains at work, visitors can see a 7-ton, 1928 Whitcomb locomotive that was built in Rochelle during World War I. In all, some 5,312 locomotives were built here and delivered around the world.

But the learning doesn’t stop with trains. Visitors can also explore a “hobo jungle” and discover how hobos fit into railway culture. Most were able-bodied Civil War veterans who rode the rails looking for work; they camped under rail overpasses. Another surge of hobos emerged after World War I, many finding seasonal work at canning companies near Rochelle.

Warm up in the gift shop, which offers two large viewing areas and free wireless internet service.
By tuning to 106.9FM, visitors can hear the dispatchers doing their work. By connecting to the internet, they can view two ATCS monitors for a premium train-watching experience.

With 24-inch-thick walls, the Jo Daviess County Jail, built in 1878 to replace a prior jail destroyed by fire, was built to last. Its lower two floors housed the sheriff and his family, while up to a dozen prisoners were housed in six 5-by-8-foot cells on the third floor. Brick archway ceilings on the second floor were part of the security for the jail, and the floor above it was built with iron beams; the whole third-story floor was covered in iron plates.

Last used as a jail in 1977, the 8,000-square-foot building sat gutted and abandoned for 26 years. In 2015, it was purchased from foreclosure by Matthew Carroll and converted into a bed & breakfast with six luxury suites. Carroll received the Landmarks Illinois Richard H. Driehaus Foundation Preservation Award for Adaptive Use and welcomed his first guests a year ago. Original brickwork and windows, 13 of which are 9 feet tall, and old graffiti left by prisoners, were preserved.

Jail Hill Inn overlooks downtown Galena and its countryside. Each suite is unique and includes a sitting room, wet bar, smart TV, bluetooth sound system and full spa-like bathroom. Guests are greeted with wine, cheese and appetizers at check-in, plus Champagne and chocolates in the rooms. A three-course gourmet breakfast is served in the Inn’s dining room or delivered to the suite. Room rates start a $295 per night.