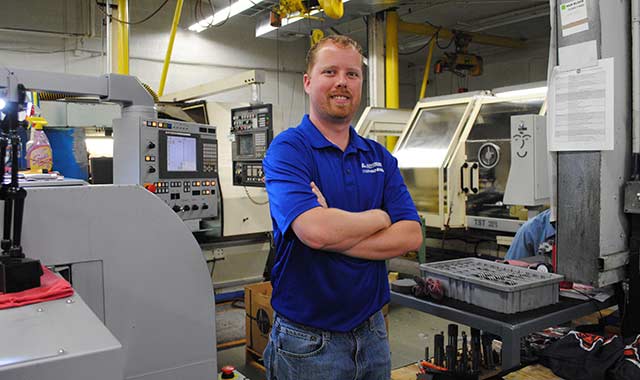 Animal adoptions have gone up dramatically over the past year, and that’s good news for Noah’s Ark Animal Sanctuary, in Rockford. Step inside and see how this nonprofit is weathering the pandemic and how you can help.

Animal adoptions have gained popularity this past year, in part because families have more downtime to spend at home with a new pet.

“We couldn’t keep animals in here for adoption,” says Stephanie Lauer, executive director at Noah’s Ark Animal Sanctuary, in Rockford. “We began to focus just as much on strays and getting those animals back to their owners.”

For 40 years, Noah’s Ark has been on a mission to keep local animals safe and loved until they find their forever home. More animals are being adopted than ever before, and the recent completion of a new and improved hospital gives the shelter another opportunity to provide care and comfort to forgotten animals.

Adoptions were aplenty at Noah’s Ark last year, but surprisingly, it’s been busier. In fact, more animals were adopted a year earlier, in 2019, when 1,500 pets were adopted out. “Because everyone is spending more time at home, they want a companion animal,” Lauer explains. “It’s a perfect time for someone to train a puppy. The animals just weren’t there because people were keeping them, which is fantastic.”

The animal sanctuary stands out among area shelters. It started in the 1970s when six residents decided to care for stray animals in their backyards and basements. The need quickly outpaced available space, so in 1978 these residents established a permanent home at 111 N. First St., in downtown Rockford.

In the years since, more than 20,000 animals have passed through Noah’s Ark, which can still be found along First Street, downtown.

“Originally, we were just trying to save injured animals and get them medical attention,” says Jan Stewart, founder and board president. Her late husband, Charles, was a co-founder and an organization president until his death in 2015. “We would collect money to pay for the medical bills, but we didn’t have a license. After a visit to Chicago, my husband and I learned the do’s and don’ts from other shelters. They were very helpful.”

The shelter was one of Rockford’s first no-kill shelters, meaning they don’t euthanize animals to create additional space.

“There were issues with some other organizations in the Rockford area that had high euthanasia rates,” Lauer says. “The ‘no-kill’ movement was just beginning back then.”

The shelter does not discriminate against specific breeds. Even pitbulls, which sometimes have a negative reputation, have their time in the spotlight. The Pretty Pitty project includes a runway walk for adopted pitbulls or dogs up for adoption. The idea is to raise awareness about the breed while defying stereotypes.

“No breed is bad,” Lauer says.

Noah’s Ark has also taken in dogs with a bite history. If it’s had provoked bites in the past, the dog may be taken in for an assessment by the shelter’s trainer, who will determine if the dog can be adopted.

“We’ll contact other local rescues to see if the dog can be re-trained to stop the aggressive behavior,” Lauer says. “We had previously taken in a dog that had a bite history, but it was because of a previous owner who repeatedly hit her on the head. The owner would hit her and she’d bite. She has a new family now, and she’s doing great. I think the animal has a right to defend itself.”

Aside from the typical range of cats and dogs, the shelter has also taken in other animals, including raccoons, possums, rabbits and guinea pigs. If Noah’s Ark can’t find these animals a home, it’ll find another location that’s better suited to help the animal.

Despite this past year’s increase in adoptions, COVID-19 has had a negative impact on Noah’s Ark. Donations are down about 30%, and because the shelter doesn’t receive government funding, every contribution it receives from community members is essential.

Donations are welcome at any time. Visit noahsarkanimals.org to give money or to see for a full list of needed supplies. While the list is ever-changing, pet food, cleaning supplies and office equipment are among the most common needs.

All things considered, the past year has brought plenty of joys. Last spring, Noah’s Ark opened a new 4,000-square-foot veterinary hospital at 321 N. Fourth St., in Rockford, located just a couple of blocks from the shelter. It had been located at 125 S. Madison St. since 2008.

The hospital has always had a goal of raising $125,000 to help offset renovation costs. Donations will help to support specific areas like recovery rooms, surgical suites and floorboards, and sponsors will be acknowledged with plaques at the new hospital. Starting this spring, the hospital will add additional signage and a new ramp.

Lauer says the organization’s leaders are concerned about reaching this goal, but they’re hoping for better days in the coming months. Once the economy recovers, she expects the hospital will continue its path of growth.

“We found this building and we’ve renovated it,” Lauer says. “We now have four surgical tables and we have two veterinarians, but we’re in desperate need of another vet.”

The veterinary hospital will also have a trap-neuter-return day over the summer. The goal is to neuter as many animals as possible.

During these trying times, Lauer wants the community to know they’re available to help and care for animals in need.

“The best resource we can be to the community is to take care of your animal,” Lauer says. “If you need help, call. If you need food, call us and we’ll help you with food. We will do anything within our power to help the animals.”
Lauer is appreciative of the community’s continued support and believes Noah’s Ark will persevere during these strange and uncertain times.

“We’re going to survive,” she says. We’re 41 years strong and going on 42. The community has been very good to us, and I’m grateful to work for an organization that has such a strong following.”