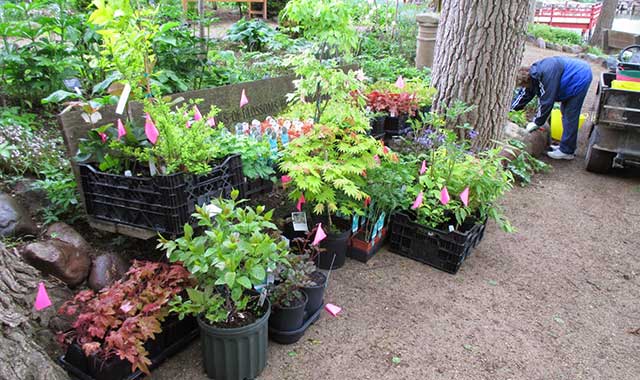 High above the confluence of the Kishwaukee and Rock rivers stands this stately 1916 Colonial Revival-style brick manor house designed by renowned architect Charles W. Bradley and listed on the National Register of Historic Places. Along with the house, there’s a coach house, dairy farm and 50-acre Indian Hill Forest Preserve, the latter managed by Forest Preserves of Winnebago County.

The home is representative of “hobby farms” owned by early 1900s country gentleman farmers who sought weekend refuge away from hot cities. These farms had another practical function, too. Unlike conventional farmers, who couldn’t afford to risk their income by experimenting with new techniques, hobby farmers could test out new ideas and report their findings. After the stock market crashed in 1929, these mostly faded away.

Even beyond the seven-bedroom manor house, sunken gardens and farm, the site is interesting for its geologic, cultural and natural history. A village named Kishwaukee was platted in 1839 at the crossroads of several early pioneer roads where the Kishwaukee River flows into the Rock River. American Indians had gathered at this river confluence for thousands of years.

This summer, the Smeja Homestead Foundation released a history about the Village of Kishwaukee written by local researcher Jerry Paulson. Find it online at IndianHillManor.net.

Docent-led tours of the homestead are temporarily suspended due to COVID-19.

If you’re looking to roam some wide-open spaces with great views and fall color, this park is a beauty. It offers 2,700 acres and spectacular 500-foot bluff views overlooking the confluence of the Mississippi and Wisconsin rivers. It’s part of the “driftless area,” a swath of Wisconsin not flattened by glaciers.

Before visiting, read up on specific locations you’ll want to visit such as American Indian burial mounds, canoe trails (and rental), bird watching trails, camp sites and more than 14 miles of hiking trails, some with steep climbs or stairways. Leashed pets are welcome but certain areas may be off limits to them. More than 100 bird species have been spotted in this park.

This is one of Wisconsin’s oldest state parks, established in 1917. Its name means “home of the warrior” in the Lanape language spoken by the Munsee-Delaware tribes who lived here in the 1800s after being pushed out of the East. The Wyalusing Hardwood Forest is a designated National Natural Landmark and the Wyalusing State Park Mounds Archaeological District is on the National Register of Historic Places.

The park is open year-round from 6 a.m. to 11 p.m. Park passes are required and are not sold on site. Purchase them by calling the Wisconsin Department of Natural Resources Customer Service Center (888) 305-0398 between 8 a.m.-3 p.m. daily.

This interesting memorial park was built by the City of Dixon and dedicated to all veterans who’ve served the U.S. military in peacetime or war. The website provides good background information about the pieces of equipment on display and how they have been used.

Among other artifacts, there’s a Cobra AH-1F helicopter, an M-60 main battle tank, a U.S. Navy Lightweight Mark 2 anchor that weighs 6,600 lbs., a 155 mm Howitzer, a 1967 field ambulance and an F-105 Thunderchief jet fighter. Bombshells and mortars, nose up, serve as markers throughout the park.

A flagpole array representing all branches of the military and many meaningful plaques and structures are scattered throughout the grounds. Legacy stones purchased by veterans and their families are built into pathways.

The park has hosted burials of servicemen and women as well as Memorial Day, Veterans Day and Flag Day services. It also hosts the Viet Now annual Christmas tree lighting ceremony to bring attention to the plight of families whose beloved service people are missing.

The words “Lest We Forget” are displayed at the entrance and exit of the park, “a gentle reminder to show appreciation for the sacrifice men and women in uniform have made to country. Their courage and valor must never be forgotten,” states the City.

The park is open at all hours on all days of the year and is handicap-accessible.