This stately old home near downtown Belvidere was built in 1906 by Katherine Rhinehart.

Her father, Allen C. Fuller, moved to Belvidere in 1846 and represented Illinois as adjutant general in the Civil War. After the war, he served in many political roles, including as a state senator, the state’s Speaker of the House and a judge on the Illinois Circuit Court.

Rhinehart’s stately, 8,000-square-foot mansion was built after her father’s death in 1901. It combines cozy traits of the Craftsman style – harvested limestone, an extended front porch with low-hanging eaves – and aspects of the Tudor Revival style, including a steep second-story roofline, half-timbering and decorative chimney.

The home was purchased in the 1930s by Hugh K. and Alice Funderburg, then owners of Keene-Belvidere Canning Co., a firm that had made its mark packing peas and corn. After 1944, the firm began focusing on grain and dairy farming as well as real estate investment.

This past December, the Funderburg family and its K-B Farms Inc. donated the home to Boone County Historical Society, along with a $1 million gift for long-term maintenance. The museum plans to renovate the home into a museum and social gathering space.

Set along the scenic Lincoln Highway, on a busy downtown intersection, this memorial is a silent reminder of those who’ve fought and died in service to our country.

Standing at the park’s center is a tall green and gilded clock first installed in DeKalb in 1921 and dedicated to residents who fought and died in World War I. Set at its current location since 1996, the clock has been restored several times.

The clock is set among landscaping, a brick pathway and benches. In the backdrop, painted on the side of the adjacent building, is a collage mural celebrating the life of Annie Glidden, whose uncle Joseph Glidden developed a form of barbed wire. Annie was a local philanthropist and farmer, and is the namesake of DeKalb’s Annie Glidden Road.

Set at the back part of the Memorial Park, behind a row of tall evergreens, sits a World War II tank that arrived in DeKalb in 1949 and is affectionately dubbed “Donna.”

“No one knew its name was Donna until it was restored several years ago,” says Brad Hoey, interim sales and marketing director at DeKalb County Convention and Visitors Bureau. “Traditionally, tanks were named after a girlfriend, wife or mother of one of the soldiers.”

Owners Ric and Teresa Joranlien began simply enough, raising grape vines and producing homemade wines on their scenic Wisconsin farmstead, located about 4 miles west of Monroe, Wis. Their early successes in 2012 led them to purchase the neighboring property a year later and set about growing their operation, which opened to the public in 2015.

A short time later, they expanded again when they bought out the retiring owners of Primrose Winery in nearby New Glarus.

Stop in the log cabin-like winery and tasting room in Browntown to sample and purchase a wide selection of varietals, including estate wines made from the Frontenac Gris, Marquette and Petite Pearl cold-weather grapes raised on the hills just outside. Sweet and fruit wines are a specialty.

Additionally, Hawk’s Mill maintains an outdoor pavilion for social gatherings of up to 200 and hosts appointment-only tours of its operation.

Hawk’s Mill WineHaus in New Glarus maintains daily tastings of more than a dozen varietals inside a Swiss-inspired building that dates to the 1800s and still sports its Swiss-style trimmings and warm wood interior.
Hours vary by season. 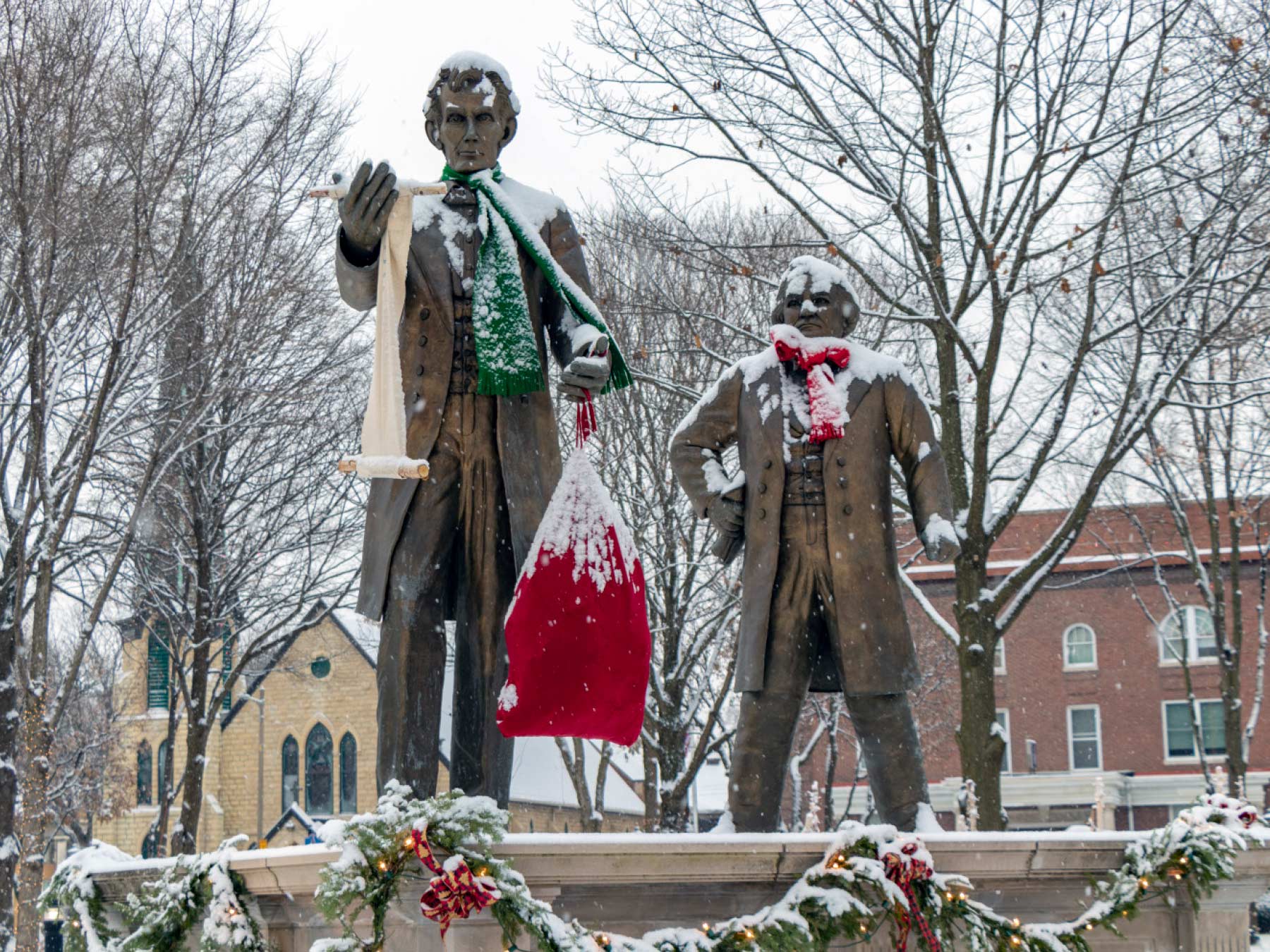