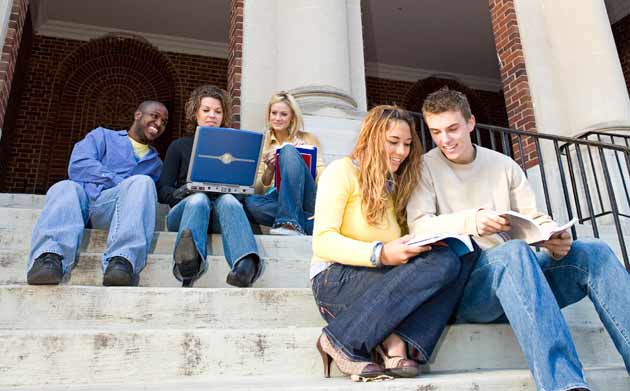 In today’s hyper-partisan culture, it’s important to remember that Earth Day came from a groundswell of support, including guidance from leaders in our region.

In our hyper-partisan culture, it’s amazing to look back on the first Earth Day 50 years ago and realize the environmental movement was both bipartisan and organic. A unified groundswell of public demand rose up from the people and flooded the halls of power.

Earth Day began as a public outcry for our land, air, water and wildlife to be protected through federal legislation. Some 20 million Americans – Republican, Democrat and otherwise – filled public spaces coast to coast on April 20, 1970, to demand a cleaner future for their children.

In April of 1970, the politicians – Republican, Democrat and otherwise – listened.

By July of 1970, President Richard Nixon (R) had signed into law a bill establishing an Environmental Protection Agency. A nearly unified Congress enacted the Clean Air Act (1970), Clean Water Act (1972), Endangered Species Act (1973) and Safe Drinking Water Act (1974). For the first time, the nation had laws governing environmental standards and a science-driven agency to enforce them. Thanks to these actions, we’re the beneficiaries of a much cleaner and healthier environment than our ancestors enjoyed.

“Restoring nature to its natural state is a cause beyond party and beyond factions,” Nixon declared during his 1970 State of the Union speech.

Earth Day founder Gaylord Nelson, a U.S. Senator (D) from Wisconsin, said, “Our goal is not just an environment of clean air and water and scenic beauty. The objective is an environment of decency, quality and mutual respect for all other human beings and all other living creatures.”

While Nelson’s vision is far from realized, countless environmental success stories have unfolded since 1970. One is the rebirth of the Cuyahoga River, which runs through Cleveland, Ohio.

So toxic was the bubbling brew of industrial waste in the Cuyahoga that it burst into flames more than a dozen times between 1868 and 1969, until residents said “Enough!”

Laws enacted under the Federal Clean Water Act and enforced by the EPA didn’t transform the Cuyahoga overnight. In fact, it was just last year that fish from the river were finally deemed safe to eat. But those laws made the transformation of the Cuyahoga possible. Today, Cleveland cherishes the recovered river as its crown jewel. It’s a playground for watersport-loving residents and tourists alike. Pathways wind along riverbanks dotted with attractions like a craft brewery that sells “Burning River Pale Ale.” Festivals take place there all summer long – something no one would have suggested 50 years ago.

Another comeback story belongs to the bald eagle, thanks to the Endangered Species Act and the EPA’s ban of the pesticide DDT. By 1970, the number of eagles had sharply declined. Widespread use of DDT had contaminated fish ingested by eagles, making the raptors’ eggshells too thin to sustain eaglets. Peregrine falcons, brown pelicans and many other species suffered the same problem.

Today the U.S. can boast a 99 percent success rate for preventing extinction of species on the endangered list.

The improvement of U.S. air quality is another enormous success of the environmental movement. In  the 1960s, dense smog choked Los Angeles residents more than 200 days per year. Today, L.A. suffers only a handful of unhealthy air days per year.

Remarkably, more than 10 percent of the total U.S. population came out to participate in Earth Day. From California to Maine, Americans were fed up with oil spills, smog, species decline, toxic rivers and a rise in pollution-related diseases. Taxpayers also resented footing the bill for damage and cleanup caused by private corporations, like the 1969 Santa Barbara oil spill that spewed 3 million gallons of crude oil into the ocean. It caused a 35-mile long oil slick that killed thousands of sea animals and destroyed countless small businesses.

Education has been a goal of Earth Day since Nelson first organized it as a “teach-in” – a forum to educate and mobilize citizens.

Nelson, who was a two-term Wisconsin governor before his three-term Senate service from 1963 to 1981, believed the timing was right to launch Earth Day. Public concern about our environment had been building for decades. He had come of age during a mid-century public awakening sparked by authors such as Aldo Leopold in his “A Sand County Almanac” (1949) and Rachel Carson in her “Silent Spring” (1962). These thought leaders rejected the previously unchallenged assumption that environmental destruction was a necessary byproduct of economic growth.

Leopold, too, had mentors. He came of age during an early 1900s conservation movement championed by President Theodore Roosevelt (R). But he came to believe that, while setting aside public land was very important, it wasn’t enough. He said both the public and private sectors would have to change their relationship with the land for a sustained, healthy future to be possible in America. Thus the conservation movement grew to include an environmental movement by mid century.

“The making of modern America took a terrible toll,” says Matt Blessing, state archivist at Wisconsin Historical Society. “The reckless use of mechanization to exploit natural resources as quickly as possible had been the American way from the post-Civil War onward.”

The effort to protect our land, air, water and wildlife is never ending; it ebbs and flows with political cycles and public interest.

When he signed the Wilderness Act of 1964, President Lyndon B. Johnson said, “If future generations are to remember us with gratitude rather than contempt, we must leave them a glimpse of the world as it was in the beginning, not just after we got through with it.”

Nelson said in 1970: “The ultimate test of man’s conscience may be his willingness to sacrifice something today for future generations whose words of thanks will not be heard.”

Our generation benefits enormously from efforts made by those who came before us. We say “thanks” by carrying on the work for those who aren’t yet born.