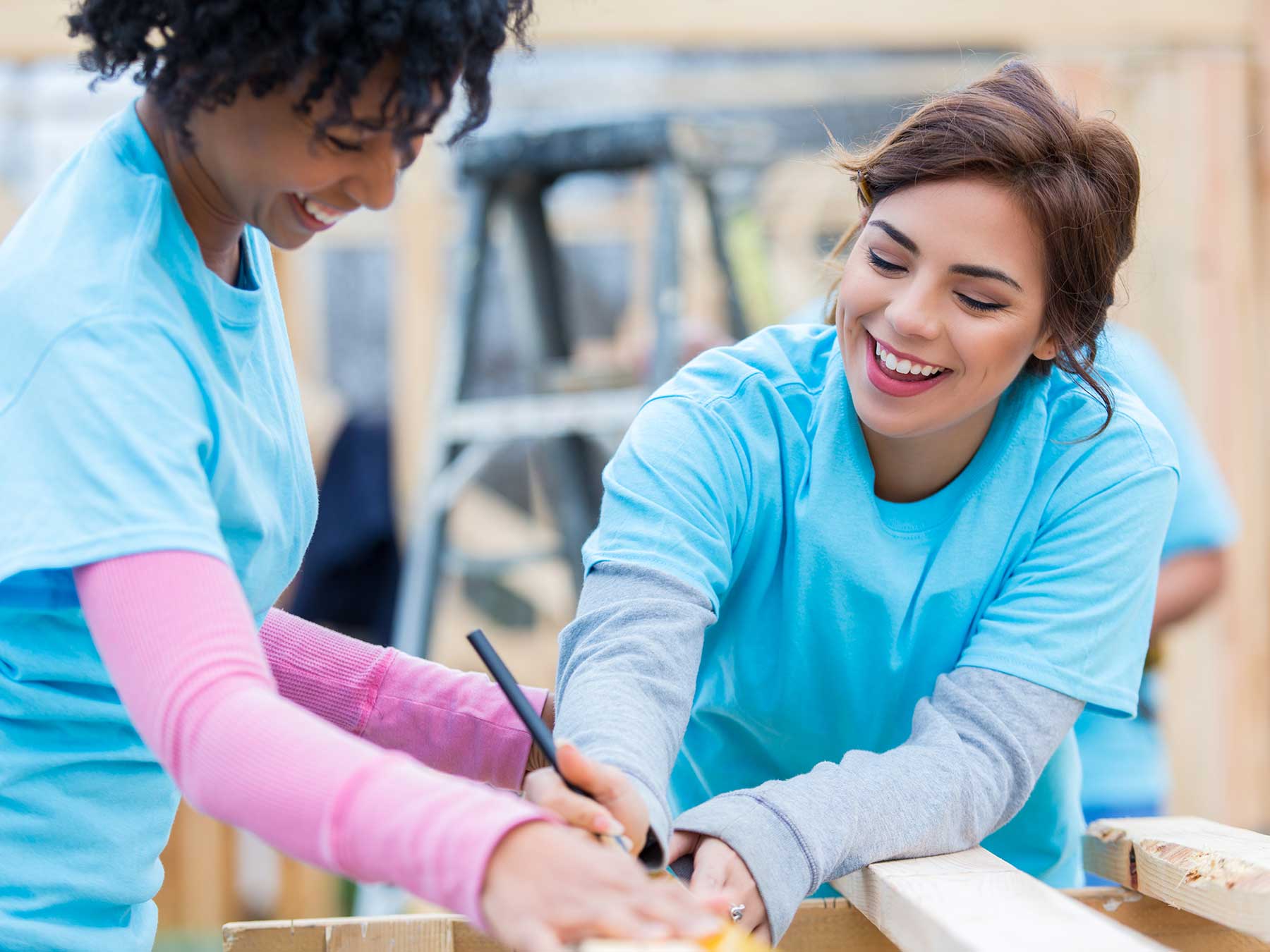 A teacher by day, an ’80s tribute rocker by night, this Pecatonica, Ill., woman is sharing her lifelong passion for music in many ways.

The first time Jill Moth realized her musical tastes might differ from other people her age came during a family trip. Even around age 10, she was a big Chuck Berry fan, so she convinced her parents to take her to a Wisconsin casino to see the Father of Rock n’ Roll perform top hits such as “Johnny B. Goode” and “Roll Over Beethoven.” At one point during the show, young Moth made her way onto the stage and danced away with one of the greatest entertainers of all time.

“I’ve always believed I was born in the wrong era,” says Moth, 37. “I’m a throwback. I got my taste in music from my dad, and my musical ability from my mom, who was a music minor and played the piano and flute. While my friends growing up listened to pop music, I found myself liking older stuff like Van Halen, Pink Floyd, Boston and Journey. I loved the keyboard parts that I would one day get to perform when I started playing in bands.”

Music has been a lifelong pursuit for the Pecatonica, Ill. native. At age 5, Moth started taking piano lessons from her church organist. She went on to play bassoon in middle school and piano in the jazz band at Pecatonica High School. Moth taught private piano lessons in high school during the summers. As a Girl Scout, Moth, who’s visited all 50 states, traveled to Hawaii, where the scouts recorded two songs as part of a special program.

She went on to earn a degree in music education from Augustana College, where she played in the orchestra and symphonic band that traveled around the Midwest, Colorado and England on spring break tours. After graduating in 2005, Moth moved on to Northern Illinois University, where she obtained a master’s degree in music education. After working in the Rochelle and Harlem school districts, Moth has taught in the Rockford Public Schools for seven years. She’s one of two full-time music teachers at Maria Montessori School, where she teaches general music, band and orchestra.

“I like working with the beginners who start out not knowing what instrument they want to play, and seeing them put it all together,” she says. “And I really enjoy seeing the kids perform at the concerts. It’s rewarding to see the final product.”

Some of her students might be surprised to learn that their teacher’s love of music doesn’t stop when the school bell rings at the end of the day. On weekends, Moth swaps out her relatively conservative wardrobe for snug leather pants, calf-high boots, a colorful bandana and heavy eyeliner as she takes her place behind the keyboards as “Jill Jett,” a member of Sunset Strip, Rockford’s most talked-about ’80s tribute rock band.

“The music takes fans back to the day. It reminds them of the good times when they were in high school,” Moth says. “I enjoy performing the songs and seeing people dancing, having fun and posting pictures from the shows. We even had a teacher hire us to play her retirement party. That was pretty cool.”

Sunset Strip is no garage band. They’ve collected five Rockford Area Music Inc. (RAMI) awards for best local tribute band and will be inducted in the RAMI Hall of Fame next spring. Moth herself won a RAMI scholarship in 2001 when she graduated from high school.

“There are other bands performing the same music, but they’re playing in jeans and T-shirts,” says Turen. “Sunset Strip goes all out with the spandex, the makeup, the wigs, and the elaborate stage show – lights, pyrotechnics and confetti. If you think about seeing ’80s rock bands like Winger or Ratt, you’d have to travel to Chicago and pay $50. These guys are right here in your backyard. Jill plays a big part in their success. She allows them to go into the world of Lita Ford, Pat Benatar and Joan Jett. I’ve seen guys sing those songs and it’s not right.”

Before Sunset Strip, Moth played in a funk band called Can’t Touch This, along with other groups such as Lickity Split, The Crave and a classic rock band, Frontiers. She was recommended to Sunset Strip by bassist James Patterson (Jimi Lloyd), who first met Moth when she won the RAMI scholarship. “She fit right in,” he says. “She’s a top-notch musician. I love her voice and her ability to hit harmonies. She has a great stage presence and has gotten more comfortable with time.”

Being the only female in a rock band has its moments, but Moth more than holds her own. “I’m just one of the guys,” she says. “I’m used to the guy banter, especially on long car rides. We get on each other’s nerves at times,just like any relationship. At the end of the day, we’re all close on and off stage. ”

On stage, the band packs a powerful punch, delivering mega hits from the likes of Bon Jovi, Mötley Crüe, Journey and AC/DC, among others. They drove motorcycles onto the stage this year at ByronFest, and another time Moth arranged strings and flutes during a rendition of Guns and Roses’ “November Rain.” Perhaps the most memorable occasion came during a private party when their fog machine set off a sprinkler system, prompting a visit from the local fire department. “That was embarrassing,” says Moth.

But it takes a lot to rattle the easygoing Moth at this point in her career. In fact, those who know her best say her most endearing qualities are what makes her both a good bandmate and a passionate teacher. “She’s very conscientious, organized and thoughtful,” Patterson says. “There are times when she’s gone out of her way to cheer me up when I have something going on. At Christmas, she gives us small gifts. She’s always thinking of others.”

And that includes the students she instructs in her cozy music room at school. Her classroom is filled with reminders of what Moth does for a living: music posters adorning the walls, flutes stacked on shelves, and drum kits and music stands propped up in one corner. The nameplate on her desk reads “Rock Star,” a fitting gift from a fellow teacher.

On this day, Moth is teaching her young students how to make music using buckets. The students learn note values and beats in a fast-paced, 50-minute session.

“I like the spur-of-the-moment stuff and adapting to what the students like,” she says. “I can tell what units they like the most – they love bucket drumming. It’s a good classroom management tool. The students are always attentive and on their best behavior when they know they have a fun lesson.”

When Moth came to Montessori four years ago, the principal asked her to lead the band and orchestra program. These days, she’s trying to build a music community at school, actively recruiting students to get involved.

“I like getting the students engaged,” says Moth, a one-time Golden Apple finalist and a two-time winner of the RAMI Music Educator award. “My students don’t just learn about music, they do music. Ninety-nine percent of the time they have instruments in their hands – they’re up dancing, playing ukuleles.”

Moth’s love of music has rubbed off on her own offspring. Gia, a second grader, appears to be following in her mother’s footsteps. The bubbly 7-year-old takes piano lessons and goes to Sunset Strip’s rehearsals from time to time. Gia even joined her mother on stage this summer as the pair belted out Joan Jett’s “I Love Rock n’ Roll” to an approving crowd. When they’re not playing music, Moth and her daughter like to knit and travel.

For now, Moth is content with teaching and playing weekend gigs with Sunset Strip, despite the long hours of playing and lugging heavy equipment around town.

She says she’s toyed with the idea of writing original music and she might even pursue a doctorate in music one day. As a teacher, she’s currently working on renewing her national board certification.

“I wouldn’t change anything. My family is here and I love my job. The only way I’d leave is if Van Halen asked me to tour with them,” she says, through a wide grin.