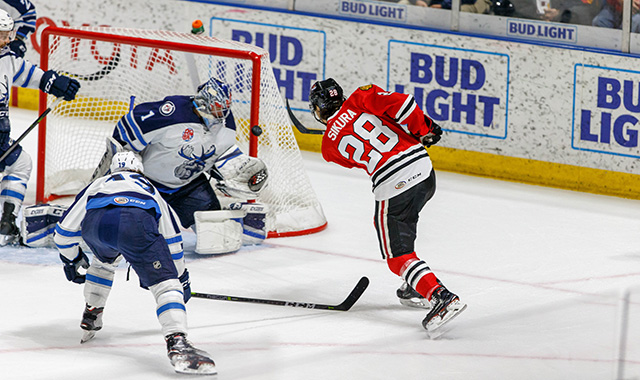 Risk has always been present for this Rockford-based expert in carpet cleaning, but it’s the family’s adaptability to changing conditions that has kept this business moving with the times.

Back in 1980, Gail Kelce was looking for something to do. She had been working as an accountant, but her children were grown and out of the house, and she wanted a change. She wanted to go into business for herself.

“She and my dad were looking at different businesses to franchise,” explains their daughter, Lisa Campion. “They looked at Service Master, and she decided it was something she wanted to pursue because it was the right price and the right situation for them.” So, Kelce started her own carpet cleaning business.

“My grandparents were also entrepreneurs,” Campion adds. “They built bridges in Iowa. So, being an entrepreneur was in her blood. And it may sound silly, but mom loves to clean.”

It was a risky time to venture on her own when interest rates were high and the economy was in flux. But it’s proven to be the right move as Kelce & Co., 322 Peoples Ave., in Rockford, celebrates its 40th year in business.

It all started and operated out of the Kelce home. They bought the equipment and hired a technician to do the carpet cleaning. Campion and her siblings would walk around the neighborhood knocking on doors and hanging fliers on the knobs.

“It was 1980-style advertising,” says Campion, who now serves as vice president of the company.

They also worked with area carpet retailers and created a partnership, another way to get the word out about the new and growing business. Along with carpet cleaning, Kelce & Co. also offered restoration for fire and water damage.

By 1983, Gail’s husband, Dennis, joined the team. He was the director of personnel for a manufacturing company in Rockford, but the cleaning business had grown enough to support him. Campion calls her dad a “good salesman” who also helped by upgrading the newsletters and fliers they handed out.

“It had his own very crude artwork,” Campion says with a smile. “They were cartoony things.”

As things continued to grow during those early years, Kelce & Co. developed a janitorial business and also got involved in lawn care. “By six or seven years in, we were up to 60 employees,” Campion says. “But then things got a little too chaotic, so they decided to cut back and sold the lawn care division.”

That was a key example of the secret to Kelce & Co.’s longevity: flexibility. They never tried to do more than they could handle. Stretching yourself leads to problems that inevitably could affect the quality of the work.

The lesson showed up again a few years later, when manufacturing in the city began to decline and affect Kelce & Co.’s commercial side of the business. They decided to eliminate the janitorial work.

“We would rather cut those parts of the business than cut employees,” Campion said.

Adjusting to change, as tough as it can be, has always been the key to keeping the business alive.

“We are always susceptible to what is in style,” Campion says. “When we started off, carpet cleaning was going strong. Over the years, we were transferring from shag to plush to berbers. Then tile took over for carpet and we had to adjust. Then, around 2005, things started changing to more and more wood floors. Now, I walk into homes and everybody has more wood floors. So, we also do a lot of work with area rugs. Then, we got involved in epoxy flooring in 2009 and gradually grew to installing them, which we do a lot today.”

No matter how much the styles and fads change, the work hasn’t.

“Throughout the restoration and janitorial years, we were 65 percent residential and the rest commercial,” Campion says. “I would say we probably are doing about the same level today, maybe a little more residential.”

Today, Kelce & Co. offers several services, including hardwood floor refinishing, as well as cleaning of ceramic tile and grout, marble and stone, dryer vent systems, area and oriental rugs, and upholstery. With so many different surfaces and areas to clean, Kelce & Co. does not have a one-size-fits-all attitude with its employees. They employ technicians with various areas of expertise.

“We try to create a family environment with our staff,” Campion says. “Our technicians have been with us for years. We have had just five lead technicians since 1980. It’s really good longevity.

“They have certain certification basics they have to meet, and they can eventually pick specific classes they want, like polishing marble or oriental rug cleaning,” explains Campion. “We try to encourage them to learn outside of being on the job. We want them to become experts in different things.”

Even with the foundation of their business – carpet cleaning – Kelce & Co. does not cut corners.

“There is a right way to approach carpet cleaning, a four-point way,” Campion says. “It involves time, agitation, temperature and detergent. We do all those steps. Some others don’t do all four. We may take longer, but we follow the criteria that’s been determined to be the best. Certain carpet manufacturers have specific criteria, and we follow all of those.”

There are ebbs and flows to their work, but in recent years, the restoration has seen a spike due to the changing weather.

“The Rock River keeps us busy,” Campion says. “There have always been bad storms, but recently the downpours have been so horrendous with all of the flooding. We list our jobs, and during those times we’ve had as many as four sheets of paper with customers wanting service for flood damage.”

While those times are unique, and the ability to finish those jobs can be time-consuming, Campion says that, under normal circumstances, it will take about three weeks from the initial call to the completion of the job.

“People can contact us by phone and we will set up a time to come out and do an estimate,” says Campion, who is usually the first team member who visits. “Sometimes we can give an estimate over the phone, but we prefer to come out. We can look at how bad things are and see what we can do.

“If it’s an emergency, we can come out quickly, but usually it takes roughly three weeks. And in winter, we can be there the next day, sometimes.”

And when she shows up for an estimate, Campion always gives the customer her card with her cellphone number. “It’s not a business number,” she adds. “When they call, they are talking to me.”

It’s small touches like that, along with big adjustments over the years, that have kept Kelce & Co. not only surviving, but thriving over these 40 years.