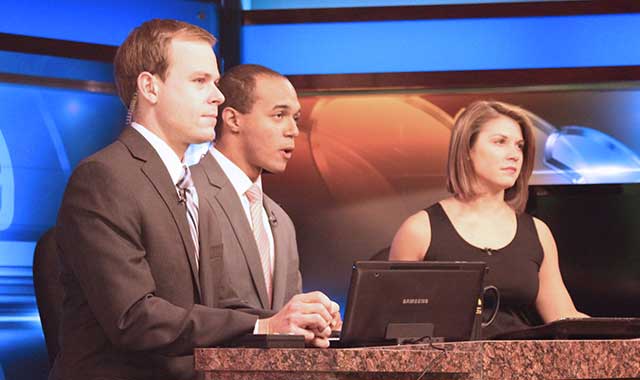 This Beloit dealership has a nearly 75-year history of selling new and used vehicles, and it’s not afraid to make bold moves in order to keep up with the times. Get the inside story on its latest moves.

When a longtime successful business settles into a community, it becomes an integral part of that community’s history. But it’s also important to adapt with market realities.

“At Bryden Motors, we treat every single customer like they are family members,” says Christine Bryden-Lawver, assistant vice president. “We are most proud of the traditions of serving our customers over the years, continuing doing business with a handshake and a smile.”

While its traditions remain tried and true, Bryden Motors isn’t afraid to pursue new approaches and improvements when necessary. Recently, the team drove into a new opportunity.

“We decided to expand our service department to better serve our customers,” Bryden-Lawver says. “Time is something that many people do not have to spare, so we wanted to offer oil changes and routine maintenance in a reasonable amount of time.”

So, they developed The Express Lane at Bryden Motors, a specialized facility that offers oil changes with an added value of a complimentary car wash. The service comes along with an inspection of brakes, tires and fluids.

It’s a mechanical service not unfamiliar to many car owners, but unlike other fast-change service providers, Bryden backs up its work with its own expertise in autos.

The Express Lane team works hand-in-hand with the dealership’s main service department to provide any additional services needed on all makes and models.

Bryden Motors is open six days a week starting daily at 7:30 a.m., and closing Monday and Thursday at 7 p.m.; Tuesday, Wednesday and Friday at 5 p.m.; and Saturday at noon.

The dealership celebrates its 75th anniversary next year, marking a rich history of growth and prosperity since Bill Bryden opened his first used car lot with four cars in 1945.

Having spent the war years as a machinist at an assembly plant in Chicago, Bryden saw a future demand for reliable transportation with a large new workforce of returning World War II servicemen. In 1946, he acquired a Hudson franchise. He then expanded with a new car showroom in 1947 under the DeSoto and Plymouth banners.

Joining the growing baby boom trend, Bryden started his own family. They became an important cornerstone for the business, which is still maintained closely by Bryden’s descendants.

Following Bryden’s death in 1984, the torch of leadership was passed to his son Roger.

Roger died in June 2014, but his wife, Vicki Bryden, is now the owner; their son Scotty Bryden is president and dealer, and their daughter Christine is assistant vice president in charge of marketing. Two grandsons, Christopher and Daytona, are also working full-time in the family business.

For those keeping score, that’s four generations of Bryden family members investing in the business and its employees, loyal customers and community.

The dealership prides itself on always going the extra mile, says Bryden-Lawver, and she believes hiring the right team members is the key to success.

“Not only are they highly trained, but they know how to treat our customers,” she says. “We call it ‘The Bryden Way.’”

Many Bryden employees have worked with the dealership for more than a few years.

“We take pride that they don’t leave us,” Bryden-Lawver adds. “Employing an experienced staff is a crucial key to our success.”

And it’s been an important tool for growth, not only as the automotive industry experiences its own technological revolution.

“Everything has changed in our 75 years of business, especially with the addition of computers, websites and even how people shop for vehicles.” Bryden-Lawver says. “Customers today come in to our store with a wealth of knowledge from researching cars or trucks before they even come in our doors. Our job is to listen and let them try our vehicles to find the right one to fit their needs.”

On the service end, Bryden-Lawver notes that many vehicles are now computerized, and sometimes fixing a problem requires specialized knowledge of technology – a major change from the cars Bill Bryden was selling in the 1940s. Then, as now, the goal has always been to keep customers happy.

Sometimes, customer service means hard work, sweat and total commitment, as Roger found out as a youngster chasing down car parts around town and pitching in around his dad’s dealership.

Other times, it means making bold moves to protect your investment.

“Do not be afraid to take the next step,” she says. “Just remember that if it benefits the customer, going that extra mile is a great step to take.”

She’s confident the business is not only thriving but positioning itself for a brave new future.

“With the fourth generation joining the Bryden team, we are sure that the traditions started in 1945 will continue for many years to come,” Bryden-Lawver says. “All of us, the whole family, have grown up in the car business and watched the examples of the generations before us.”

Walk through the showroom doors and you’ll see an entire wall is dedicated to the accolades and traditions received by the Bryden family.

Bryden Motors was awarded the 5-Star Seal of Approval from Chrysler, an honor only awarded to the very best dealerships. And, Bill Bryden graced the cover of Time Magazine as a quality car dealer in 1978.

There enough plaques, awards and certificates to fill a trophy case.

According to Bryden-Lawver, the business’ employees go out of their way to invest extra time in customers, taking a strong interest in finding out more about each client, seeking insights on individual lifestyles, hobbies and driving habits that might inform their choices. It’s all about getting the right vehicle fit to make every driving journey a pleasant one.

Seventy-five years in business is a long time. The Bryden family achieved it by adapting with the times, while encouraging practicing reliability, trust and confidence.

“It’s all a natural part of “Keeping you Ryden’ with Bryden,” says Bryden-Lawver.