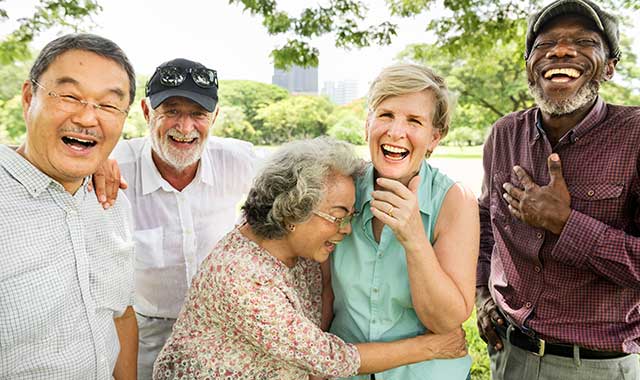 The RMTD downtown transfer center has undergone a multimillion dollar renovation to better accommodate growing numbers of riders. Step inside the bigger and brighter facility, and discover all of the new amenities.

“We have about 4,000 people on our buses every day, and about half of them transfer downtown,” Brown says. “So, for 30 years, we’ve had 2,000 people going to that old building every day, and it took its toll. It went through a lot of wear and tear. The building needed to be refreshed to give our passengers a much nicer waiting environment.”

The project is divided into two phases, with phase one being completed back in February. That portion of the project included a complete overhaul of the inside of the transfer center at a cost of just over $4 million. The second phase of the project focuses on the busing configuration outside the building.

With the completion of the first phase, the transfer center has more space, and it features updated amenities designed to give bus riders an improved experience.

“Basically, we took the old building, used about 90 percent of the existing structure and extended that property, so we doubled the footprint of what was originally there and it gave us a new facility,” Brown says. “It was a good time for us to change that building, update it, freshen it up and make it a much nicer space for our customers.”

“Passengers will be able to see exactly when their bus will arrive in an easier format,” Brown says. “The board has all the routes and it will notify a passenger if their bus is on time, and if it’s delayed, it’ll tell them.”

The additional surveillance will also make things safer for the riders and the staff.

“It’ll be a safer environment because there’s more visibility and less blind spots in the building,” Brown says.

The transfer center is also ADA compliant, so there’s plenty of room for handicap accessible seating. There are also more places for people to sit in the waiting area. The extra room makes it easier to move around and cuts down on the congestion, especially on busier days.
The updated space also has new vending machines and a family restroom.

When the transfer center first opened back in 1988, the building was top-of-the-line and included new dispatch equipment and updated phone lines, among other things.

“So much has changed in 30 years and since we were renovating the property, we wanted to install some up-to-date technology,” Brown says.

Now that the first phase is completed, more attention has been given to the second phase of the project, which will change how the buses come in and out of the building. The surrounding drive area will have a sawtooth configuration, where buses come to RMTD in a designed angle.

This new configuration allows buses to drive in and out of the transfer center much easier than in previous years.

“With the sawtooth design, the buses will come in and out in a straight line,” Brown explains. “The buses will be able to come right to their designated area and pull right back out. Before, the buses came to a cemented wall area and they had to back straight out. Backing up a 35-foot bus was something we did numerous times a day, but it wasn’t optimal because it wasn’t the safest and most efficient way to board passengers.”

Brown says the sawtooth design also makes it quicker to dispatch vehicles, and passengers will be able to load the buses more efficiently.

“We’ll now be able to use the middle doors on our buses, and we couldn’t do that before when we loaded the buses,” Brown says. “Passengers will be able to get on the bus quicker because of the way the buses will come into the property.”

“Once this portion is done, the whole project will be complete,” Brown says.

The second phase of the project comes in at just under $3 million. The funds come from a mix of state and federal funds, so no local money was used, Brown says.

Once everything is finished, the transfer center will look similar to the other RMTD location at 725 N. Lyford Road, on the eastside of Rockford. That facility, which was built in 2012, will still have its own identity.

“We did that by using similar materials, but in a different color palette,” Brown says. “We also used natural materials like brushed aluminum. It was really important to us that both buildings looked the same, so people would still know they’re at an RMTD property, but we also wanted them to have their own identity.”

If the weather cooperates, the hope is for the second phase to be completed later this summer. The project has been ongoing since November.

“Hopefully, that construction is done fairly soon,” Brown says. “You can’t do too much construction during the winter, so we got behind a little bit because of the weather. We’re still very proud of the new facility.”