Manufacturing Profiles: The Pathway to Our Prosperity

Many children come to school unprepared to learn – and that’s a warning sign for our future. Find out how Transform Rockford seeks to strengthen and support the well-being of local families, in turn readying young minds to reach their full potential.

It’s no mere saying that education begins at home. It’s where we learn about relationships, communication, social behavior, language and many other qualities that we carry throughout our lives – for better, or for worse.

But in Rockford, many children are unprepared for school.

“Research has shown that, if the basic needs of the family are not met, they’re likely to have an impact on the child at home,” says Anisha Grimmett, executive director of Alignment Rockford. “These factors can inhibit their ability to learn, because they’re focusing on things like, ‘I don’t know where I’m staying tonight. I’m hungry. There was a domestic violence incident that occurred in my home and now I’m in a temporary housing facility.’”

As the grassroots movement Transform Rockford continues developing a strategic plan for our region’s self-improvement, it’s homing in on our youngest residents. The conversation is now focusing on how we can reinforce the well-being of the entire family, and thus prepare children for success in school.

To that end, Transform Rockford and Alignment Rockford have teamed up with Chicago-based Erikson Institute, a graduate school specializing in early childhood development, social work, early childhood education, children’s law and policy, and related research. This partnership aims to identify the strengths and vulnerabilities of local students, using data to inform strategic action.

“It’s important that we’re thinking of the holistic needs of families, and how we can support and align systems prior to school entry, so that children are truly ready to learn when they come into school,” says Jaclyn Vasquez, associate director of the Early Development Instrument project at Erikson.

At the core of Erikson’s community-based work is the internationally recognized Early Development Instrument (EDI), a survey that examines five broad areas: physical health and well-being, social competence, emotional maturity, language and cognitive development, and communication skills. This past January, kindergarten teachers in Rockford’s public and private schools evaluated each of their students using the EDI.

Since January, the Erikson team has been aggregating the data, which will be superimposed onto a map of the Rockford area to reflect child development at the neighborhood level.

Along the way, they’ll also incorporate the work of Transform Rockford’s Great Neighborhoods project, which last year mapped the assets of 15 of the city’s nearly 140 neighborhoods.

What makes this partnership unique is that Erikson doesn’t interpret data. Rather, it empowers local stakeholders to interpret the data and build solutions from it.

“We can’t come into a community and say we know better, when we’ve never lived the experience of the community,” says Vasquez.

“The intention is to ignite conversations, so it’s really about community stakeholders coming together around this project and contextualizing the data, and making decisions on where they move from here,” says Veronica Vidal, associate director of internal and external affairs at Erikson’s Policy and Leadership department.

It’s important to note that few of these initiatives involve school curriculum. Instead, they’re aimed at the factors that prepare children for a successful education.

“The EDI takes the bull’s-eye off the school and places the onus back on the community, to where the basic and true premise is the village raising the child,” says Vasquez. “It needs to bring everybody together to coordinate and align systems that better support families and children.”

The Rev. Dr. Matthew Johnson, team lead on this project, expects the data will show both strengths and weaknesses in Rockford’s neighborhoods, but it’ll also encourage deeper discussions about the factors that keep students from being successful in school.

“It’s not implementing the solutions we already know to problems we have already identified,” he says. “It’s figuring out what we don’t know. It’s being creative about how we put things together. It’s inventing.”

Early results of the EDI are being shared with kindergarten teachers and Transform Rockford teams before a public roll-out this June.

“When we say this is holistic, it really is about all of the things that can help the child and the family,” says Vasquez. “The child’s not alone. It’s about the family, the entire family unit, being successful.” 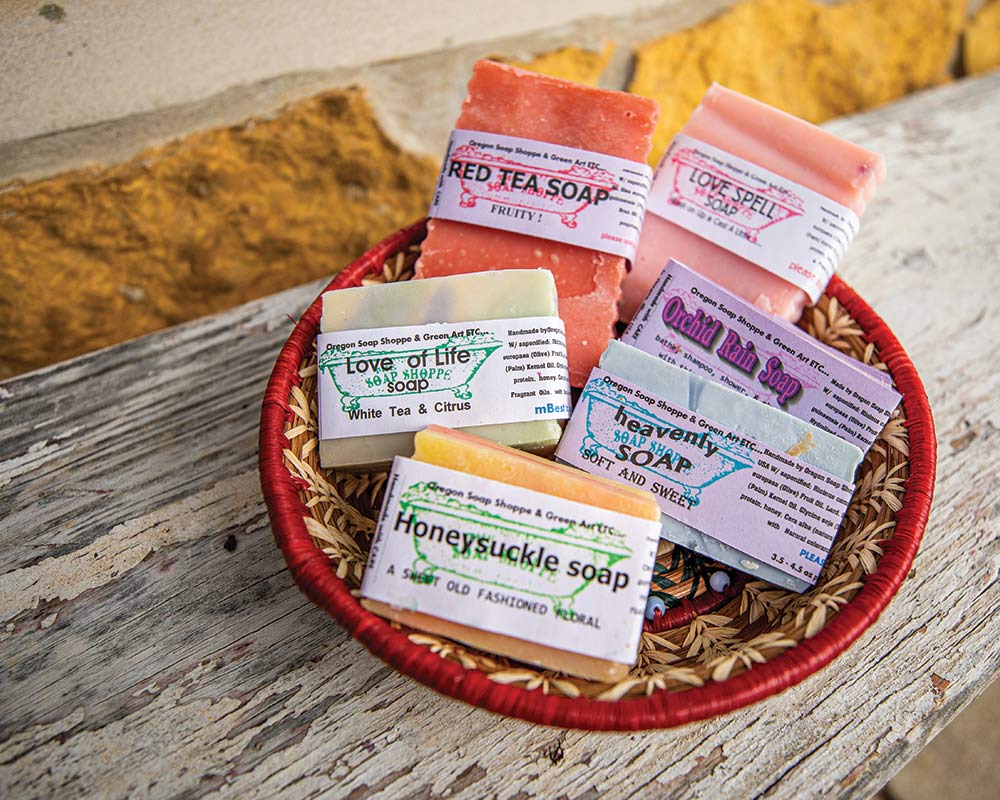 Oregon Soap Shoppe: Helping Others, One Bar of Soap at a Time

For over 20 years, these Oregon soap makers have maintained ...