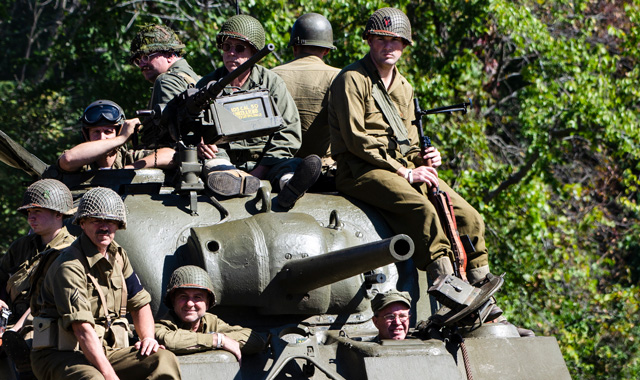 This unique sport is gaining popularity across the country and it’s catching fire among kids and adults in our area. Meet the players who make up the Ravens ruby club and find out how they’re making a positive impact.

Paula Whiteaker says watching her son Benjamin practice with the Rockford Ravens Rugby Football Club has been a joyous experience.

Benjamin, 14, who’s autistic, is accepted for who he is on the field, which warms his mother’s heart.

“They encourage him while he’s out there,” Whiteaker says. “Even though he’s autistic, he’s not treated any differently.”

Established in 1976, the club is a place to play rugby, make friends and serve in the community.

“When they come off the field, they’ll compliment each other because they’re friends,” Whiteaker says. “It’s a very warm, family-friendly group.”

The rugby club has expanded in recent years to include youth and adult teams for both men and women. The women play at the Division II level and the men play in Division III.

Whiteaker says Benjamin’s age, coupled with his skillset, makes it hard for him to play with the club’s high school students. Since there’s no middle school rugby program in Rockford, he’ll play games with middle school students from the Fox Valley Predator Rugby Club in St. Charles.

“He practices locally in Rockford because he’s learning skills, techniques and his age group doesn’t play until February,” says Whiteaker, a teacher in the Rockford Public Schools District.

The teams function under the governance of The Forest City Rugby Union, a nonprofit.

“It’s a club sport going around the U.S.,” says Will Deuerling, a longtime member of the team. “If you decide to join this club, you’ll meet new people and make new friends. We’re welcoming both experienced and new players to our club.”

The object of rugby is simple, but the rules are complex. Each team can have 15 players on the field and points are scored by grounding the ball in your opponent’s end zone or by kicking it between goalposts at opposite ends of the field.

During the game, players can move forward toward their goal by kicking, carrying or passing the ball. The catch is the ball can’t be passed forward. Tackling a player can stop forward progress of an opponent carrying the ball. Once a player is tackled, they have to release the ball. The only equipment used to play rugby is a mouth guard and cleats.

“With rugby, there are more rules surrounding tackling than in football,” Deuerling says. “In rugby, you’re taught to tackle with your head on the outside, so you don’t cross in front of your opponent’s body.” Deuerling says Rugby tackling shares many similarities to a double-leg takedown in wrestling.

“By teaching to tackle this way, it reduces the number of head and neck injuries in the sport,” he says. “In addition to teaching how to tackle, we also teach people how to get tackled so they can be ready on the field. Knowing how to get tackled is just as important to completing the tackle itself when it comes to injury prevention. We spend time going over a lot of these basic skills in practice on a regular basis.”

The rugby club has 23 men and seven women. The high school teams consist of 16 girls and 18 boys.

“Our women’s team is continuing to grow,” Deuerling says. “We encourage high school girls to continue playing rugby after they graduate. Whether they go to a larger university, stay in town or move away, we encourage them to join a rugby club.”

Adults in the club range in age from 18 to 45. Deuerling says the roster is created thanks to a lot of legwork.

“A lot of the players come to us through word-of-mouth,” he says. “Whether we strike up a conversation with people at local gyms that have played physical sports or just in passing at work, we’ve encouraged them to try something new. We also do a lot of recruiting at Rock Valley College and attend Rockford City Market just trying to encourage people to give rugby a shot.”

The program participates in an eight-game regular season and a playoff format. The men’s team won a league title in 2012.

“We start practice for the fall season at the end of July and the first games begin in August,” Deuerling says.

Once the season ends, things are pretty quiet until February, when the teams start preparing for the spring season.

“We’ll practice indoors for the spring season around the middle of February and the first games will begin in March,” he says.

In addition to the traditional rugby season, the men’s team will travel to Germany later this fall, where they’ll take on several teams during a rugby tour.

“We decided as an organization in 2016 that we wanted to go overseas and play against other clubs with similar skill sets,” Deuerling says. “We decided to go to Germany as a way to change up the traditional rugby tours, which usually focus on going to Ireland or the UK.”

The team will play clubs in Munich and Nördlingen, Germany as well as Salzburg, Austria.

“We’ll play clubs in each city, experience the culture and make some lasting memories,” Deuerling says.

When the players are not on the field, they’re working together to help those in the Rockford community. The group volunteers their time by participating with Keep Northern Illinois Beautiful. Team members collect and recycle used metals and electronics and pick up litter around the community, among other things.

The group is also trying to start an annual event called Rent a Raven, where group members will provide assistance to community members that need help doing yard work such as raking.

“We want to help out however we can and if homeowners want to give a donation, that’s up to them,” Deuerling says. “We’re in the process of working out the logistics of the event. We hope to partner with an organization like the YMCA or another community-based organization to get that program going. It’s an opportunity for us to give back to those within the community who may need help around their homes and yards.”

If you have an interest in rugby, and you’re willing to drive to Rockford, Deuerling suggests coming to a practice and speaking to some of the players.

The team practices Tuesday and Thursday evenings at Sportscore. You can also visit rockfordravens.com or the club’s Facebook page for more information.

“If you don’t know what’s going on, ask the person next to you because they’ll help you,” Deuerling says. “It’s organized chaos and you won’t know everything right away, but the more practices you come to, the more it’ll start to make sense and when it does, you’ll like it.”