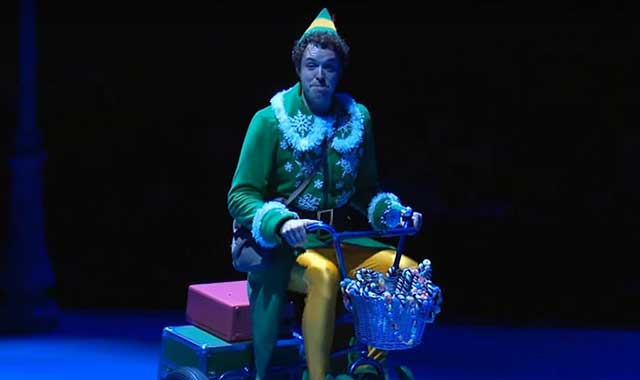 On the occasion of its 80th anniversary, this longtime Rockford-area manufacturer is enjoying something of a rejuvenation, as it turns its sights toward business growth.

As Cellusuede prepares to celebrate its 80th birthday, the Rockford flocking company is undergoing something of a rejuvenation. In 2016, the employee-owned company relocated from a warehouse, existing on a whole city block on North Madison Street, to a 125,000-square-foot, state-of-the-art facility at 1515 Elmwood Road. The new plant will allow Cellusuede to grow into the world’s largest pasting fiber supplier.

Since 1938, the company has been manufacturing and supplying flock, which is short-cut precise fibers finished with an electrostatic coating and used as a surface coating for functional and decorative purposes. Products made with flock vary from greeting cards to lead-acid batteries to automobile consoles.

In the company’s former location, employees would cut the flock on the building’s top floor, shovel it into bins and take it down a rickety, old gated-door elevator, batch by batch, to the first floor. There, it would go through the wet process (dying and finishing) before taking another ride down to the basement for drying and packaging. Shoveling fibers from tanks to each floor was inefficient, labor-intensive and time-consuming.

At the new plant, everything is done on one level, as flocking moves through the various machines via a vacuum system. Employing a more continuous process means scrap rates are down and efficiency is up.
“The new location has completely overhauled how we make flock,” says Andy Honkamp, Cellusuede’s president and CEO.

Not only has the firm streamlined its process in the new building, but it’s poised for exciting changes. In 2014, Cellusuede invested in a technical fibers company, Engineered Fibers Technology (EFT), a firm located in Connecticut. In 2019, Cellusuede intends to purchase the remaining interest in EFT and move the entire operation to Rockford.

The EFT purchase was the impetus for the move from Madison Street as well as a $5 million investment in new equipment and infrastructure. Spatially, the company was landlocked in its old location. With a growing brewery immediately to the west and new commercial properties popping up, there was nowhere to expand. Space was so confined that it was troublesome just getting trucks in and out of the loading area.

“We’re happy we’re here,” Honkamp says of the Elmwood Road location. “We’re in a much better facility, tailored to manufacturing.”

Not only is Cellusuede now producing flock at a much speedier rate, but it’s also manufacturing something else: jobs. As Cellusuede acquires EFT, the Rockford firm is looking to hire about 10 new employees. Honkamp believes today’s moves will enable growth over the next 20 years and beyond.

“We’ve grown and shrunken over the years along with the economy,” Honkamp says. So, it’s about time to grow again.

For a company that started during the Great Depression, business was booming by the late 1990s. The factory ran two shifts with about 80 employees. Then, with the recession in the late 2000s, Cellusuede downsized to only one shift and less than half the employees of the previous decade. Now, though the firm still operates on one shift, it maintains a team of more than 30 people.

“And we’re doing so much more with the people we do have,” Honkamp says.

In the upcoming transition period, Cellusuede is looking to hire highly skilled, technical-degreed personnel. With the expansion about to happen, there will be new machinery and new processes to be overseen.

The cutting machines, called guillotine cutters, take football field-length strands of fiber finer than a human hair and precisely cut them into short strands. Besides the nylon, rayon, polypropylene and other synthetic fibers that Cellusuede is currently working with, the company will also be cutting quartz, ceramic, glass and carbon once it acquires EFT. While it now sells to buyers in the automobile industry, Cellusuede is positioned to expand into highly technical industries such as aerospace and military.

Expanding has always been the plan. “We are making good on that and bringing tech to the area that’s going to benefit more than our inner circle,” says Honkamp.

That inner circle includes every one of the people who works for the employee-owned company.

The Honkamp name is a familiar one at Cellusuede, with Andy’s brother Eric managing sales and their dad Dave, who retired from his position as president and CEO in 2016, still consulting. But Cellusuede has been employee-owned since 1989. After one year of working for Cellusuede, employees can buy into the company at no cost. With the accumulated stock, employees have used their earnings to pay off cars and even homes.

Andy Honkamp began working for Cellusuede when he was in high school. At 17, he worked summers running grinding machines and working in the shipping and receiving department. When he headed off to college at Viterbo University in LaCrosse, Wis., he majored in management and marketing. Never having a long-term vision of returning to Rockford, Honkamp moved to Detroit, where he wound up working as a manufacturer’s sales representative in the automotive industry. One of the companies he represented was Cellusuede. He and his wife, also a Rockford native, had three children and enjoyed living in Detroit for 11 years. In 2008, Honkamp’s father called and asked his son to return to Cellusuede. Despite the fact that the flocking industry is a niche market, Honkamp was able to combine his prior knowledge of the process with his more recent business background.

Honkamp attributes his experience outside of Cellusuede to his love for what he does now. Learning and growing outside of Rockford made his homecoming all the more satisfying, as he brought back with him a more rounded knowledge of the industry from all sides. In 2016, upon his father’s retirement, Honkamp was promoted to President and CEO.

“So, even though it’s not a ‘family-owned’ company, the family is involved by being employed at Cellusuede,” he says.

He attributes the company’s success to the people who work there: the owners. According to Honkamp, the company offers excellent benefits and fosters a peaceful, yet compelling work environment.

“People stay to create and nurture their careers here,” Honkamp says. With the average tenure of its current workforce at more than 25 years, it’s the “hard-working, conscientious, loyal employees that have made Cellusuede what it is, and what it has contributed to the local economy over the years.”