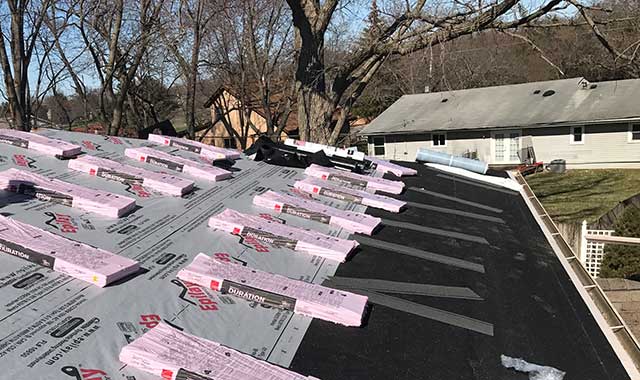 Thanks to one man’s devotion to our region’s ecology, Natural Land Institute has spent six decades protecting the wildlife habitat, wetlands and scenic beauty inherent to northern Illinois and southern Wisconsin. Jermaine Pigee explains how the organization’s founding vision has propelled this group through decades of growth and change.

Christopher Reisetter believes everything around us is tied back to nature.

“We rely on nature for clean water, clean air and the food we eat,” he says. “If the ecosystem gets out of whack, things won’t function properly and it affects everything we rely on.”

These are the reasons why Reisetter has spent six years as a devoted volunteer for the Natural Land Institute (NLI).

“I’ve been in love with nature itself ever since I was a little kid,” Reisetter says. “I was also fascinated with bugs and collecting bugs. I never went to college to actually study it, so I learned everything through volunteering.”

NLI has helped residents of northern Illinois and southern Wisconsin conserve land for 60 years. The organization does this by preserving forests, prairies and wetlands for native plants and animals while restoring habitat for wildlife and protecting rivers and streams for fish and

other water species. NLI also educates people about their role in nature while giving people opportunities to enjoy natural areas.

NLI is one of the oldest conservation organizations in the Midwest. Since 1958, NLI has protected and restored more than 17,300 acres of land throughout Illinois and southern Wisconsin. These areas include prairies, forests, wetlands and river corridors.

“We currently own 25 preserves,” says Kim Johnsen, director of marketing and membership at NLI. “We’re protecting the land for aesthetic value, for scientific and educational purposes and for protecting the native habitat. We also help private land owners protect their natural habitat.”

One preserve that’s open to the public is the Nygren Wetland Preserve in Rockton, Ill. It’s a 721-acre wildlife refuge that NLI purchased with grants and donor contributions in 2000.

Restoration of this land has increased animal habitat, and Raccoon Creek, which has been restored to its original form, runs through the preserve. Nygren Wetland Preserve also serves as a repository for a diversity of plant species found in the area. Seeds were collected from surrounding lands and planted on the protected preserve.

Although they may do some of the same things, NLI is separate from a park district or a forest preserve.

“We are not a taxing body. We’re supported by donations,” Johnsen says. “The bulk of our funding comes from private individuals and we also get sponsorships and grants. Park districts focus on recreation, and forest preserves have natural areas and public access. Since we want to preserve the land, we host tours on some of our other preserves for our members, and we hold annual events for families.”

George Fell founded NLI as a private nonprofit charitable corporation on Dec. 24, 1958. He and his wife, Barbara, devoted their lives to protecting the natural areas of Illinois. They were also committed to protecting Illinois’ natural heritage and wanted to ensure that endangered plant and animal species would survive.

In a booklet provided by NLI, George is quoted in 1950 saying:

“We are living at the time of man’s final conquest over the wilderness. What we have saved, and what we may save in the next few years, will be all the true wild nature that will remain to pass on from generation to generation in the years ahead. There will never be another chance.”

George served as NLI’s executive director until his death in 1994. Barbara died about two years ago. Even after their deaths, the Fells’ legacy lives on at NLI.

“We have a lot of respect for Barbara and George,” Johnsen says. “They definitely had a vision for this region. The legacy of NLI is closely tied to George Fell, who helped established The Nature Conservancy.”

In 1950, George and Barbara traveled to Washington, D.C., to organize The Nature Conservancy (TNC). George was the executive director from 1950 to 1958. Today, TNC has become the world’s largest conservation organization.

Under George’s leadership, Illinois also became the first state in the nation to create a system of nature preserves. He drafted legislation establishing the Illinois Nature Preserves Commission, which assists landowners in protecting natural areas of endangered and threatened species.

Through NLI, George created additional legislation that would, among other things, acquire land, establish and maintain nature preserves and hire staff. Thanks to his efforts and determination, the Illinois Nature Preserves Act was signed into law in 1963.

“He was big in Illinois legislation for the Illinois Nature Preserves Act,” Johnsen says. “He did a lot of writing and research of legislation that helped protect natural areas, and he helped create a legal structure for land to be protected. When he was a child, he felt if someone didn’t protect the land, no one would, so he wanted to protect as much natural land as he could so it wouldn’t be developed.”

Because of growing development, there isn’t as much land to protect in northern Illinois as there was 60 years ago.

“There’s less land available, so we work with private individuals who want to protect their land,” Johnsen says. “For example, we work with a farmer by using soil conservation practices for his land.”

In addition to development, another threat to natural areas has become invasive species, especially the honeysuckle plant.

“When you’re looking at a forest or woodland area, and if you look about midway between the treetops and ground and you see green bushes. A lot of that in our area is honeysuckle,” Johnsen explains.

“When honeysuckle invades the forest system, it blocks out sunlight and depletes nutrients in the soil. That becomes a problem, because you don’t have a variety of species growing there,” Johnsen adds. “There are different ways to remove it, but mostly we cut it by hand or we’ll have contractors come in bigger areas, especially if there are larger honeysuckle trees.”

Also, raising money for the organization is always a challenge, Johnsen says. But fortunately, there are a lot of people passionate about protecting nature, so they want to give back.

“There’s a cost of managing land because the more land we acquire, the more it costs to maintain or restore. We depend on volunteers and staff to manage and coordinate those types of activities and work,” she says.

“People need a way to connect with nature to have a high quality of life,” Johnsen says. “We’re trying to give people what they need to connect with nature. Our past president [Mark Maffei] says we want people to know they’re a part of nature, not apart from nature.”
Another challenge that the NLI faces is the continuing need for donations.

A large chunk of NLI’s funding comes from individual donors. Other income streams come from bequests, corporate gifts, gifts of land and conservation easements, and income from endowments and other invested funds.

“We’re always seeking funding to support our organization with equipment and staffing to manage land and the programs we provide,” Johnsen says.

Volunteers are always welcome at NLI. More than 200 volunteers contributed 4,000 hours to the nonprofit in 2017.

Volunteers can get their hands dirty by helping with invasive brush removal and land stewardship, among other things.

“We can always use more people to help pull garlic mustard and cut honeysuckle,” Johnsen says with a laugh.

Reisetter enjoys volunteering at NLI and wants more people to join him.

“A lot of the stuff that I do involves the restoration of the preserves itself,” he says. “When I go out to these sites, I remove brush and when we are at the [Howard D. Colman Dells] near Byron, I serve as a site steward there. Volunteering can also be a good escape from the real world.”

Even though she works for NLI, Johnsen has a passion for volunteering as well.

“I care about the community and I enjoy nature. I love flowers and I love learning about wildflowers, trees and insects,” she says. “I really don’t like bugs, but I do appreciate the value of learning about insects and their role in pollination. Being in nature provides a sense of comfort. I love gardening and I love the natural world.”

Strategically Planning for the Future

Throughout 2017, NLI’s 21-member Board of Trustees, various committees and staff put together a five-year visionary strategic plan.

In the next five years, NLI plans to expand its conservation focus through three new initiatives to support its mission: the working lands initiative, the cooperative partnerships initiative and the community conservation initiative. These plans will be used as tools to build NLI’s sustainable future.

The working lands initiative is designed to provide cash flow to support conservation while being protective of the soil, water quality and microbiomes.

“The working lands initiative is all about using agricultural land to fund land stewardship costs and management activities on our natural area preserves, as well as to provide corridors linking fragmented landscapes,” Johnsen says.

The cooperative partnerships initiative seeks to expand the impact NLI and its partners could have on the region’s biological diversity and habitat. This initiative will look at partnering in more impactful ways outside of traditional partnering opportunities.

The third initiative, community conservation, seeks to inspire and empower private property owners to implement habitat and conservation practices on their land and provide a personal connection to nature. It also strives to grow NLI by expanding its potential donor and volunteer base and increasing the organization’s visibility in the community.

All of the ideas and planning that happen now and in the future at NLI are done with George Fell’s vision in mind.

“When we’re considering decisions and planning for the future, we look at, and think about, what George Fell would do, what his vision would be and how he would handle or address the situation,” Johnsen says. “He helped us establish a lot of criteria for NLI.”

It’s safe to say George would be proud of the work NLI has completed over the past 60 years. The foundation he planted has blossomed into an organization that continues to grow.