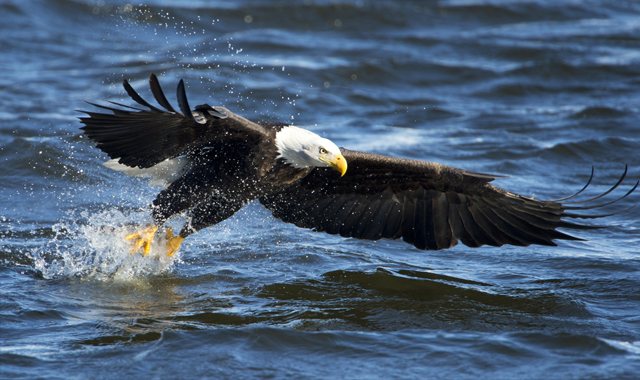 Raptors: Taking to the Skies in New Ways

After more than three decades of greeting Rockford-area radio listeners, this deejay is still leaving his mark on the region, in many ways. Meet up with Steve Summers and find out the highs and lows of his long career.

In the ego-driven world of media, there are good guys and then there is Steve Summers, arguably one of the nicest people in the business.

Summers, the morning host and program director of 95.3 FM The Bull, has been a familiar voice for local radio listeners for more than 30 years – from Top 40 to country music. For Summers, though, being on the radio is more than just playing the hits. It’s about connecting with the listening audience.

“Steve is such a lovable guy,” says Denise Pagano, Summers’ former co-host who now works in Houston radio. “He makes every day fun. I came from Chicago so he called me City Slicker. He teased me because I didn’t know what a turkey crossing sign was. I thought it was a T-Rex sign. He nearly fell out of the car laughing. I’m thankful for him. He’s the best partner I’ve ever had in radio.”

And he’s charitable. Summers has a hard time saying no to worthwhile charities. He’s volunteered for St. Jude’s, Salvation Army and the March of Dimes. He serves on the board of the Stateline Down Syndrome Association and has emceed a countless number of charity events including local county fair pageants. “I’ve been blessed in my life,” he says. “I’m a sucker for a good charity.”

Radio wasn’t always Summers’ first career choice. As a student at Woodstock High School, Summers wanted to be an architect. He took part in a building trades program where he left school at noon every day for a semester to help build a house. Following high school graduation, he spent 1.5 years working part-time for a local construction company.

The plan was to one day own a construction firm – that is, until he had an epiphany while working alongside his boss on the roof of a home they were building. “He was huffing and puffing,” Summers recalls. “I thought, ‘that could be me someday.’”

Putting his hammer and nails down, Summers’ fallback plan was theater. As a teenager, Summers appeared in a number of popular productions such as “Guys and Dolls,” “Pippin,” “A Connecticut Yankee in King Arthur’s Court,” “Hello Dolly” and “West Side Story.”

“I liked the show business part of it,” he says. “It was the lights and applause that drew me in.”

While performing in front of a live crowd was a rush, it still wasn’t a career path. Summers was walking along the Woodstock Square one day when he had another thought.

“I looked in the window of a radio station and said, ‘I want to do this one day.’”

Summers enrolled at the University of Wisconsin-Whitewater, were he became immersed in the campus radio station, WSUW. He was a part-time news reporter, and by his junior year was tabbed the morning host and program director. He graduated from Whitewater in 1983 with a degree in communications and a minor in advertising.

“I love radio,” he says. “Every morning it’s theater of the mind. I’m still performing. I’m entertaining without having to wear makeup, like I did in theater.”

Summers landed in Rockford when a friend set him up on a blind date. His first date with Yvonne was at an REO Speedwagon concert. After the show, they went to the Hollywood Diner for coffee and ended up talking until 7 a.m. “I knew I was going to marry her,” says Summers, who tied the knot in 1985. The couple has three grown daughters – Erica, Britta and Eva.

After working part-time at WZOK on weekends during college, Summers landed a full-time gig at the Rockford station as a mid-day host until budget cuts ended his stay 10 years later. He spent a year at a classic hits station in Janesville followed by weekends at WMIL, a country station in Milwaukee.

In 1994 he came back to Rockford where a new country station, WXXQ, was starting. He spent 25 years there before he was let go again in 2016. “The first time I lost my job was hard,” he says. “This time I was at peace with it; I have perspective. It taught me to appreciate every day.”

Summers wasn’t out of work for long. Soon after he left WXXQ, its competitor, The Bull, came calling. Due to language in his previous contract, Summers had to wait six months before starting at his new station. His father, Gene, had died, so Summers spent his down time preparing to sell his father’s home. “My dad was my hero,” says Summers, who lost his mother, Rosemary, in 1991. “He taught me to be a loving family man. The time off gave me time to gain some closure and relive some memories.”

“Steve has so many traits of his dad’s, including his humor and his kindness,” Pagano says. “My cousin has MS, and I asked Steve if he had ever done the MS Walk. He said, ‘no, let’s do it.’ So he formed a team at the station. He’s a very compassionate person.”

Speaking of memories, Summers could write a book thanks to his star-crossed radio career. He’s had dinner with Donny Osmond at Giovanni’s, and Mick Jaeger and Elton John in Chicago. In 1991, he did a Budweiser commercial in California that received national airplay. He’s rubbed elbows with some of music’s biggest stars, including Carrie Underwood and Brooks & Dunn. One of his favorites is Rockford’s own Mo Pitney. “If there is ever a guy you’d want to be, it’s Mo,” Summers says. “He’s a man of faith, a family man, and he’s humble.”

And he still gets starstruck, even after all these years. One of his most memorable experiences took place outside Garth Brooks’ home in Tennessee. Summers and his radio crew camped outside Brooks’ home and put up an inflatable wall filled with signatures in hopes of bringing the country star to Rockford.

“We should have been arrested,” says Summers, who received national attention for the publicity stunt. While Brooks never made it to Rockford, Summers did get to chat with the mega star, who remembers the Rockford deejay with tickets whenever he performs in Chicago.

Summers has had little trouble adjusting to country music. “When I was 16 my dad would listen to country music when he worked on his cars. I hated it. He said I would like it some day. He was right.” Summers says he loves the words and stories that make up the genre. Even his wife, Yvonne, who preferred rock music, has taken a liking to country.

Away from the microphone, Summers keeps busy with his hobbies. He loves restoring antique cars. He recently finished restoring his dad’s 1949 Chevy pickup truck, and now he’s working on his very first car, a 1968 Chevelle Super Sport, that’s been sitting in storage for years.

Summers was a wedding deejay for 30 years, but now he’s an ordained minister. He presides over a handful of weddings every year. It’s another way he connects with an attentive audience. “I love being there when people exchange vows. It’s so real, full of emotions,” he says. “It’s a rush.”

Over the years, Summers has had opportunities to move on to larger markets, including Boston and Indianapolis. But Rockford has become home. “As long as I was growing, learning and still making money, I stayed here,” he says. “A lot of people have moved and said they regretted it. The grass isn’t always greener on the other side. Why would I chase the dream? Let the dream come to you.”