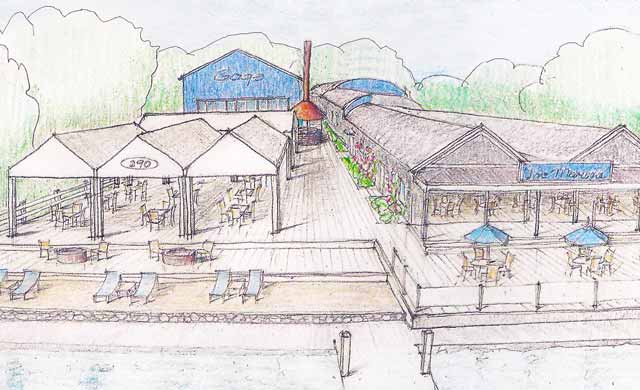 Members of Rockford’s University Club believe they have a “home away from home.” Discover what makes this private dining and social club so special and find out how the chef keeps the members happy.


With roots going back to the 1900s, Rockford’s University Club, 945 N. Main St., is a private dining and social club unknown to many, and yet it’s undoubtedly a place where much of the city’s future was forged in chance or planned meetings.
Club President John Mecklenburg has been a member for about 15 years, yet he visited the club often during the 37 years he has lived in Rockford. Up until his retirement four years ago, he headed up the SwedishAmerican Hospital Foundation for 22 years and continues to work as a fund development and public relations consultant. He spends at least two nights a week at the club, calling it his “home away from home.”
He believes he wouldn’t have been as successful in Rockford had it not been for the connections he made at University Club.
“My belief is if you want to do business in this town, you have to belong to University Club,” Mecklenburg says. “You see the people you want and need to see. It’s where my friends are, and it’s a place to meet new friends. Most of the staff have been here a long time; they all know your name and what you like to drink and eat. It’s our club and we are like a family here.” He adds that one of the main attractions is not having to wait for a table or feel like you need to leave to make room for other guests, as in some public restaurants.
Acting General Manager and Banquet Director Lisa Pass has worked at the club for 18 years and says the menu is updated seasonally. If it’s not on the menu, chances are the chef and his staff can accommodate. There are also daily and monthly specials not listed on the menu.
Chef Ty Bergman has been the club’s chef for four years and says it’s his job to make members happy with the food they want and how they want it.
“Members want access to me. They want to walk up to me and tell me what they like or didn’t like,” he says.
For example, one member’s favorite pie is huckleberry. So, on special occasions, Bergman will order the expensive berries to create the dessert. Other special desserts that have received rave reviews include his Bourbon Chocolate Pecan Pie and the Brioche and Banana Chocolate Bread Pudding with caramel sauce. Dessert items regularly on the menu include a freshly made pie and the club’s signature Turtle Sundae.
The winter menu includes a Black Angus Filet with a Bordelaise sauce; Sesame Seared Atlantic Salmon with a citrus honey soy glaze; Seared Diver Scallops set on a creamy butternut squash; and other pork, shrimp and lamb selections. For the next few weeks, entrees made with locally sourced Berkshire Pork will be among the featured specials. McKenna Farms, of Capron, Ill., raised the hogs for this most flavorful pork.
The Tudor-style house with a stucco exterior has a comfortable, warm, traditional interior with lots of dark wood-paneled walls, five fireplaces and paned windows with great views. The building is tucked away in a treed lot off a busy thoroughfare overlooking the Rock River. The three-story building has space for large parties, private meetings, intimate dinners, pool parties, cooking classes, book clubs, banquets, or curling up in front of the fire with a good book.
The club’s most extensive renovation began in 2006. Two years later there was a larger and updated first-floor women’s restroom, an elevator, new flooring, new furniture and a totally renovated first-floor bar overlooking the Rock River. The second floor was renovated to create more meeting-friendly spaces. The third-floor ballroom and servant quarters were converted into office space and more meeting rooms.
Founded in 1911 as a way to maintain and nurture university ties, the club has grown to offer university scholarships to local high school seniors, a speakers program, family events such as the annual Easter Egg Hunt, Kids’ Christmas Party and summer pool party, and the only squash court in Winnebago County.
Membership requires being sponsored by a current member. Most of the 300 members are college or university graduates, but there is a membership category for those who found success without a degree. Membership dues are about $150 per month, with no monthly minimum food purchase, and the club has reciprocal memberships with more than 50 University Clubs nationwide.
The club is open for lunch and dinner Monday, Tuesday, Thursday and Friday; for lunch only on Wednesdays; and for special events on Saturday and Sunday. For information about membership, contact Lisa Pass at (815) 962-1730 or email her at lpass@uclubrockford.com.
Tags: dining membership rockford Rockford's University Club
Share on
Share on Facebook Share on Twitter Share on Pinterest Share on Email
Peggy Werner December 4, 2017