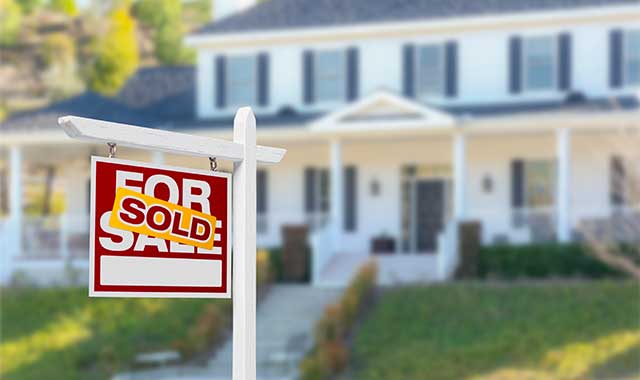 Featuring items such as Sicilian-style lasagna and homemade gelato, this restaurant is an Italian cuisine-lovers’ dream. Learn how a simple Italian dessert helped to get this eatery off the ground.


Mary Provenzano believes in celebrating each day with good food and good people, no matter how much hardship comes her way. Her world is a blend of all the ingredients life offers, good and bad, and she manages not only to rebound, but to turn out one masterpiece after another.
“What’s the alternative? Giving up? That’s not my thing,” she says.
Sicilian-born Provenzano began her restaurant career in 2008, after friends who tasted her cannoli – made from a 100-year-old family recipe – begged her to start selling the creamy, crunchy Italian dessert. She opened Cannoli Café at 1620 N. Bell School Road, the same location where Cucina di Rosa is today.
About two years after she opened Cannoli Café, Provenzano suffered a devastating divorce that tore her life apart personally and professionally. She ran a travel business from home until November 2016, when she opened Cucina di Rosa, which means “Rose’s Kitchen.”
“It’s my kitchen, and I cook what I want to and when I want to,” she says with a smile.
Business at the Italian-style cafe is flourishing. She received a liquor license in May and now serves craft beers and Italian wines, some made from a grape grown only in Sicily. Her daily specials are highly anticipated by customers eager to see what she’s cooked up.
The core menu consists of soups, salads, panini and entrees such as fried rice balls filled with mozzarella cheese and ham or meat sauce and peas; chicken, veal and eggplant parmigiana; ravioli; tortellini; and a top-selling Sicilian-style lasagna, made with peas and slices of hard-boiled eggs. She offers an array of mouth-watering desserts, including 16 flavors of homemade gelato, cannoli, cannoli cake, éclairs, cream puffs, biscotti, croissants with various toppings, and an assortment of Italian cookies.
“I love to hear people say how happy they are that I’m back in business, and I love to see their reactions to the foods they recognize as what their Grandma used to make,” says Provenzano. “I feel so appreciated and I feel I’m offering something unique to Rockford.”
Joe Cascio has known Provenzano since they were teenagers working together at Villa Capri Restaurant in downtown Rockford. When he and wife Paula tasted their first meal at Cucina di Rosa, they knew they’d found the “real deal.”
Chica
“I know good food when I eat it and this is true Sicilian food,” says Cascio. “My wife and I have been to Sicily and we ate some of the same foods there that are served in her restaurant. I’ve had everything on the menu and love it all. I’ve never had a bad meal here.”
Provenzano’s 15 staff members interact like family – which some of them are. Provenzano’s 29-year-old daughter, Leandra Sandahl, helps run the business and will someday take it over. Provenzano also has two sons; Joe lives in Chicago and Eric lives in Madison, Wis. They’ve also assisted their mom’s business effort.
Provenzano is confident of her daughter’s ability, noting she has an eye for detail. A two-time cancer survivor, Sandahl also has her mother’s persevering spirit and love for people.
“My mom is a very caring and fun-loving person, and she always puts others before herself,” says Sandahl. “Our whole goal here is to make our customers part of our family. We take the time to get to know them and enjoy them. The more we can do for people, the better.”
Provenzano occasionally hosts private parties and caters special occasions.
“The work load is immense and crazy at times, but I just keep going and seem to make things happen, no matter what,” she says.
The restaurant is open Monday through Saturday from 7 a.m. to 9 p.m. and is closed on Sundays.
Tags: Cannoli Cafe chicago Cucina di Rosa italian madison rockford wisconsin
Share on
Share on Facebook Share on Twitter Share on Pinterest Share on Email
Peggy Werner August 24, 2017