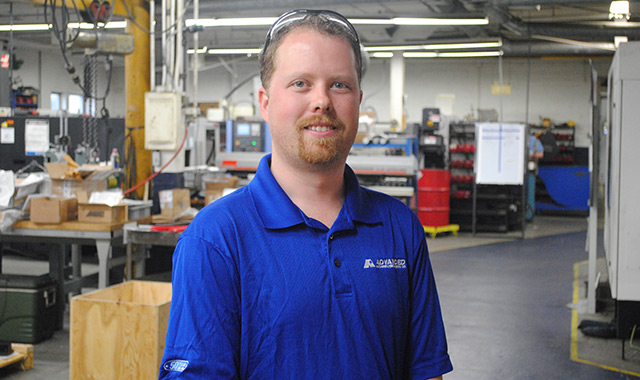 These are the holes that test golfers’ souls – the meanest holes to be found at some of our region’s top courses. With some help from area golf pros, we look at the anatomy of these dastardly layouts and the strategies that enable the patient golfer to prevail.


There’s enough equipment to fill a few pro shops at the bottom of many golf course water hazards. Same goes for the thick trees and deep rough.
An errant golf ball here. A far-flung wood or iron there. Maybe even a visor or glove tossed in frustration.
This is especially true of the most challenging holes, the spots where the sandtraps are like deserts, the ponds become oceans, the trees are like sequoias, and there are more doglegs than you’d find at an animal shelter.
But these holes are also what bring golfers back. These athletes thirst for the challenge and the test of man vs. the elements.
Every course has at least one. It’s the hole that often makes you scream, but on the occasion when you par or birdie, it makes you boast.
We asked some of the area’s club professionals about the most challenging holes on their suburban Chicago courses. Here’s their advice on how to navigate the hazards.

19619 LeRoy Center Road, Capron, Ill.
(815) 569-2427
Owner: Brian Camp
Hole: No. 8
Details: This par-five beast plays 514 yards from the blue tees. The initial drive goes uphill and to the west, so there are times when you’ll be fighting the wind. Then, about 400 yards out, it takes a drastic 90-degree dogleg left. And, it’s capped with a large green guarded by a deep pot bunker on one side and a sand bunker on the other. Even if you land on the green, because of its size, two-putting can be a big challenge.
How to Play It: “Ideally, you want a nice, straight drive uphill as far as you can go,” says Camp. “Then, you’re going to have to strike a 3-wood or long iron on your second shot to get as far up as you can, leaving you with a clear shot to the green.”
From there, a good wedge shot will get you on the green and set you up for a two-putt and par. But again, none of those shots is as easy as it sounds.
If you’re daring, you can try to hit the green in two shots, but Camp says it’s pretty rare for someone to succeed. “If you don’t leave your drive far enough, you’re blocked by trees,” he adds.
“Typically, your eagles will come on your par-five holes,” Camp says. “But there hasn’t been an eagle on that hole, in league play, in over four years.”

Atwood Homestead Golf Course: 8990 Old River Road, Rockford, (815) 623-2411
Macktown Golf Course: 2221 Freeport Road, Rockton, Ill., (815) 624-7410
Ledges Golf Course: 7111 McCurry Road, Roscoe, Ill., (815) 389-0979
Golf Manager: Rich Rosenstiel
Hole: No. 13 at Ledges
Details: There are several challenging holes at the forest preserve’s three courses, but when pressed to pick the toughest of them all, Rosenstiel settles on No. 13 at Ledges, the one locals call “The Ledges Amen Corner.”
“It’s where golfers will find the perfect balance between beauty and strategy,” Rosenstiel says.
This par-four, which measures 345 yards from the blue tees, includes water that passes over rocks as it winds its way through a calming creek bed along the right side of the fairway. The narrow fairway is also guarded by cliffs and tall trees that lead to a dogleg left.
How to Play It: Rosenstiel emphasizes that a well-positioned tee shot is the key.
“If you hit it too far left, you’ll need your ball retriever,” he says, “and if you miss too far to the right, you will find yourself cliffside or blocked by another large tree that overhangs the fairway.”
He recommends a tee shot that goes 230 to 240 yards and favors the right side of the fairway. It will leave you with about a 100-yard approach shot to the green. From there, focus on the center of the green.

1902 Reid Farm Road, Rockford
(888) 425-3336
Director of Golf Operations: Duncan Geddes
Hole No.: 6
Details: This par-5 plays 558 yards from the gold tees, making it the longest hole on the course. It has hazards and out-of-bounds, on the whole left side, that come into play on any shot. On the right side is a tough set of trees and mounding combinations which, according to Geddes, can “put you in jail” if you’re not careful. Then, there’s a creek that crosses the fairway, capped by an undulating, well-bunkered green that features some very difficult pin placements.
How to Play It: “The best way to play this hole is to make sure of a good tee shot, then decide how you want to play from there regarding the creek,” says Geddes. “You need to decide if you want to try and carry it with the second shot or lay up. If you choose to go over the creek, you need to make sure to avoid those fairway bunkers on the other side.”
Geddes adds: “Any golf hole that gives you options and makes you think or have a strategy is a good hole.”

3240 W. Stephenson St., Freeport
(815) 235-3611
General Manager/Golf Professional: Jeff Hartman
Hole: No. 11 on the East course
Details: Hartman believes that, of the two 18-hole courses at Park Hills, No. 11 on the East Course is probably the toughest.
“No. 6 on the East and No. 12 on the West are similar,” Hartman says. “They are both long par-fours with severe greens. We have several par-fours that are very difficult.”
What separates No. 11 is its uphill tee shot with a dogleg to the right.
“It’s 440 yards long,” Hartman adds, “and it’s got a very difficult drive because of trees on the right and Pheasants Forever grass on the left. It’s a tough driving hole.”
Even with a good drive, golfers still have 200 yards to get to the green, which is guarded by a pair of bunkers.
“Over the first 10 years the course was open (1955 to ‘65), No. 11 was listed on the scorecard as a par four or five, so technically, this was a par-5 hole at one time,” Hartman says.
How to Play It: The drive is the most important shot.
“You have to hit it with a little bit of a fade because of the dogleg to the right,” Hartman advises. “That will set up your second shot, which is still a long iron or fairway wood into a well-guarded green.”
The good news is that the bunkers are on the sides of the green, so straight up the middle is open.
“But if you are wayward one way or another, you’re in the bunker,” Hartman says. “And the green does slope from back to front, so when the pin is in the back, it’s difficult to putt.”

3500 E. Center Road, Stockton
(815) 858-3939
PGA Professional/Director of Golf: Carey Larson
Hole: No. 6
Details: At first glance, hole No. 6 may not seem so intimidating. But after your tee shot, you’ll soon know it’s a beast.
“It’s a long par 4 (430 yards from the black tees) that plays uphill,” says Larson. “And when it plays into the wind, it becomes a par 5.”
There are mounds and very tall grasses on both sides of the fairway, and they play into a green that’s protected by a bunker on the lefthand side.
How to Play It: According to Larson, the key is finding the fairway off the tee shot, and then managing a longer second shot using a long iron or hybrid. And if you can’t – or won’t try to – land your second shot on the green, Larson recommends missing short and to the right to avoid the bunker.
If there’s one consolation to that challenging second shot, it’s the picturesque view of the rolling hills and timbers for which northwest Illinois is famous. Take it in before you swing.

Illinois Rt. 72 & German Church Road, Byron
(815) 234-4653
Head Golf Professional: Andy Gramer
Hole: No. 15
Details: Formerly known as the No. 6 hole before a reconfiguration in 2000, this 550-yard par-5 requires several skillful shots.
“It’s a dogleg right that plays uphill into the wind,” says Gramer. “The approach shot is played into an undulated green, which is protected by a deep bunker right and short of the green. The approach is 30 yards wide, which adds to the difficulty.”
How to Play It: Every shot is optimal on this hole, which leaves many golfers wondering whetherand how to take a risk. Because of the dogleg it’s tough to reach the green in two shots, says Gramer. Play to the dogleg and avoid the trees guarding the final hundred yards to the green.
“It’s a challenge, but there are plenty of opportunities to enjoy this hole,” Gramer says. 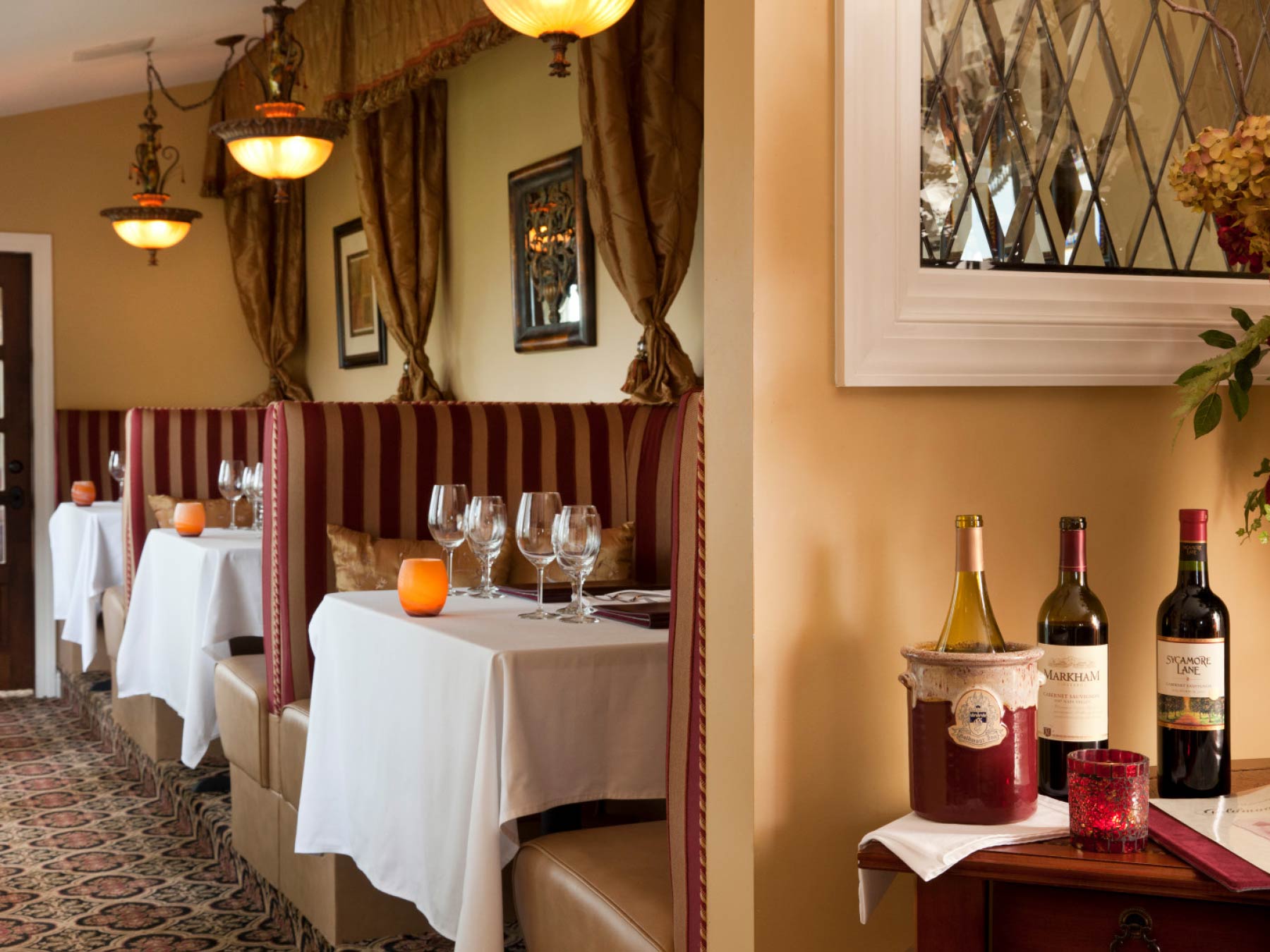