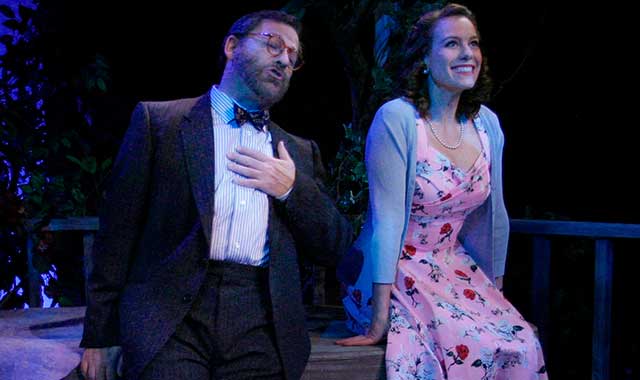 319 Meeker St., Galena, (815) 777-3000, jailhillinn.com
With 24-inch-thick walls, the Jo Daviess County Jail, built in 1878 to replace a prior jail destroyed by fire, was built to last. Its lower two floors housed the sheriff and his family, while up to a dozen prisoners were housed in six 5-by-8-foot cells on the third floor. Brick archway ceilings on the second floor were part of the security for the jail and the floor above it was built with iron beams; the whole third-story floor was covered in iron plates.
Last used as a jail in 1977, the 8,000-square-foot building sat gutted and abandoned for 26 years. In 2015, it was purchased from foreclosure by Matthew Carroll and converted into a bed & breakfast with six luxury suites. Carroll received the Landmarks Illinois Richard H. Driehaus Foundation Preservation Award for Adaptive Use and welcomed his first guests a year ago. Original brickwork and windows, 13 of which are 9 feet tall, and old graffiti left by prisoners, were preserved.
Jail Hill Inn overlooks downtown Galena and its countryside. Each suite is unique and includes a sitting room, wet bar, smart TV, bluetooth sound system and full spa-like bathroom. Guests are greeted with wine, cheese, and appetizers at check-in, plus Champagne and chocolates in the rooms. A three-course gourmet breakfast is served in the Inn’s dining room or delivered to the suite. Room rates start a $295 per night.

W9141 Hwy 81, Argyle, Wis., (608) 966-1464
If you love electric trains of all sizes, a visit to the bright orange Toy Train Barn, seven miles west of Monroe, Wis., is a fun excursion. Once the home of dairy cows, this barn is owned by Buck Guthrie, a retired Wisconsin & Southern/Wisconsin & Calumet engineer. Guthrie is a lifelong collector of American Flyer trains and other toy trains, and has remodeled his barn to accommodate large train layouts.
There are operating layouts from tiny Z scale to G scale, plus Depression-era and tin plate trains.
The American Flyer S gauge collection is the largest of the layouts and features many action scenes. There’s also railroad memorabilia from Guthrie’s career as an engineer and conductor, and a large collection of photos.
Outdoors, there’s a 12-inch gauge railroad that visitors can ride, called the Argyle & Eastern Railroad, built on 18 acres of scenic, hilly terrain near the highest point in Green County. The Argyle & Eastern Railroad features a turntable, water tower, depots, curves and trestles, semaphore signals, wig-wags and more.
The Toy Train Barn is open daily year-round, from 10 a.m. to 4 p.m. in winter. Look for the large Milwaukee Road orange and gray barn.

165 N. Park Ave., Neenah, Wis., (920) 751-4658, answers@bmmglass.com
The largest and most representative collection of glass paperweights in the world is housed at this museum. It began with 652 paperweights – mostly antique – bequeathed by Evangeline Bergstrom in 1958. Today, nearly 4,000 weights are displayed, many created by the finest glasshouses in Italy, France, Germany, England and the U.S.
Paperweights first emerged as an art form in 1845. Much older glass pieces are found in the Mahler Collection of Germanic Glass, which represents three centuries of glassmaking in Northern and Central Europe, with the earliest example dated 1573.
The collection was donated to the museum by founding members Ernst and Carol Mahler. The Contemporary Glass Collection shows works from the Studio Glass Movement, which began in the U.S. in 1962. Works are on display by Dale Chihuly, Dominick Labino, Lino Tagliapietra and many other modern glass artists. Also at the museum is the Art Glass Collection of 19th and 20th century, when more formulas were created or rediscovered from earlier times than in any era of glass history. The rapidly changing interests of the rising Victorian middle class drove innovation in color, pattern and brilliantly cut crystal. The Victorian Art Glass collection includes works by René Lalique, Louis Comfort Tiffany, Fredrick Carder and Joseph-Gabriel Argy-Rousseau. Admission is free and docent-led tours are available by calling two weeks ahead. Hours: Tues.-Sat. 10 a.m.-4:30 p.m.; Sun. 1-4:30 p.m.

Resting in the foothills off the Mississippi River near Galena, ...