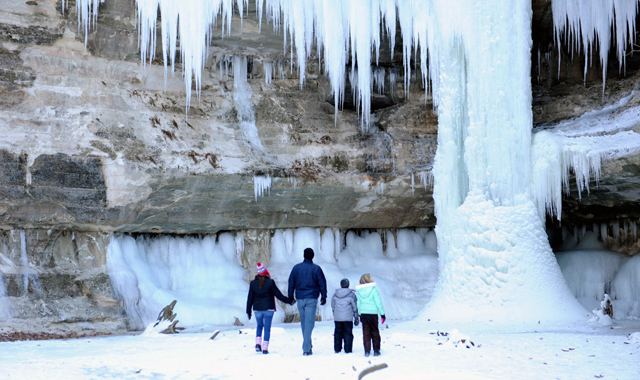 Big things are coming to this small city and its incredible 2,000-acre natural preserve. Discover what new attractions and events are coming, and how your family can experience them.


Over the past century and a half, Illinois has lost more than 99 percent of its native grasslands. These once-thriving 22 million acres of biologically diverse landscapes have been stripped by agriculture and urbanization, plant and animal species disappearing with them. You may not recognize the original flora and fauna that gave the Prairie State its name. The Byron Forest Preserve District is working to change that.
Within the rolling hills along the Rock River in Byron, a growing 2,000 acres of natural areas are being restored and preserved as a hub for recreational and educational discovery. More than 20 miles of trails wind through prairies, oak savannas, woodlands, wetlands, creeks and riverbanks. Much of this lush landscape can be seen from the district’s state-of-the-art education center and museum, perched on the third highest point in Ogle County at 7993 N. River Road. There, visitors of all ages can learn about the state’s environmental heritage, gaze at the stars from the J. Weiskopf Observatory, play 18 holes at the top-rated PrairieView Golf Club and travel through decades of agricultural growth at the Heritage Farm Museum.
These facilities and their many year-round events and programs are all the product of passionate staff members who are intent upon saving this native piece of Illinois’ ecosystem.
“People always wonder why a forest preserve would cut down trees or use fire to burn our prairies, but we’re trying to return the land to what it was naturally,” says Todd Tucker, executive director for the district. “Most of Illinois is three times more wooded than it was originally. We’re here to take on the responsibility of reversing that invasive growth and showing why the native Illinois habitat is something worth saving.”
Equal parts preservation, education and recreation, the district’s mission includes creating hands-on, outdoor learning opportunities for community members. Many facilities and events are open to the public, but much of the programming is geared toward school-aged children. The district hopes to better aid local schools in connecting students with the environment.
“Maybe we’ll inspire one or two kids out of 100 to go into the environmental field, and that’s fantastic,” says Tucker. “But more importantly, I think if we can get half of those kids to simply appreciate what a forest preserve district does, and they understand that importance when they grow up and go on to vote, that’s more important down the road.”
This year, the district is unveiling a $1 million renovation project to take its educational reach to a new level.

For the past 18 months, district staff and board members have designed and planned a long-awaited update to the Jarrett Prairie Center Museum. Starting in June, the museum closes for construction to remove two interior walls to form a larger, 4,000-square-foot exhibit space. A 2,600-square-foot wraparound outdoor deck will join the museum amenities, as will an immersive indoor theater depicting the use and importance of prairie fires; footage of the preserve taken by drones will be used.
“The museum we have now is pretty dated; it’s been around for at least 15 or so years,” says Trevor Hogan, board president. “Our goal with these upgrades is to make it a regional attraction for understanding the Rock River Valley, for all ages, from school children to tourists and scholars.”
Nearly $750,000 is going into the new exhibits created by Split Rock Studios in St. Paul, Minn. The museum’s nine sections will cover topics from prairie history and cycles to agricultural interactions and stewardship.
“Right now, our exhibits mainly focus on the past,” Tucker says. “The new museum will not only show what Illinois used to be, but also what it is now, how different techniques can change how humans influence it and why we’re trying to restore the land.”
The staff plans to open the space for private party and community event rentals, says Mark Herman, education superintendent. Ultimately, though, the renovation is also meant to make the Byron Forest Preserve District a starting point for ecotourism.
“We’re going to have a large map showing 20-some other natural areas in the region, covering Winnebago County all the way down to Lee County along the Rock River corridor,” says Herman. “There are so many natural destinations in the area that people might not know about; we have The Nature Conservatory, the Nachusa Grasslands, the Natural Land Institute, the Winnebago County Forest Preserve, several area park districts and more. We would like to serve as the center for dispersing that information and getting people to visit what our region has to offer.”
The new museum is set to open by Labor Day of this year.

A Busy Season Ahead

Every year, the district grows and adapts its many programs, classes, camps and events based on changing interest and demand. Despite the major renovation project, this year promises the same.
“Now that school’s not in session, we focus a lot more on our monthly trips, week-long summer day camps for ages 6-12 and our preschool Adventure Club, all of which use a lot of our outdoor resources,” says Tucker.
Many free programs appeal to a range of ages and interests, including bird & butterfly walks, geology hikes, constellation hikes and meteor-viewing parties.
“Our monthly canoe trips of the Rock River take groups on a scenic two-hour tour from Oregon down to Castle Rock State Park,” says Herman. “Another two popular programs are the beginning fly fishing classes and beekeeping workshops, for which we use our active beehive. You’d be amazed by how many people are keeping bees in their backyards and farms.”
In partnership with the Nachusa Grasslands, the District introduced a new bison herd tour this year that take groups of 20 inside the fence to see the 60 wild bison and new calves up close. A big summer event will be the third annual Archaeology Artifacts Identification Day on July 9, when professional archaeologists are available to identify found prehistoric tools, fossils, animal bones and other items.
For a more self-guided visit, walkers and hikers can download the Prairie State Hike app and take an audio-guided tour of the preserve complete with photos and videos. Night owls can also step into the observatory to peer through the 11-inch Celestron reflecting telescope during public viewing nights every Tuesday and Saturday from Memorial Day through Labor Day.
The PrairieView Golf Club continues the successful PGA Junior League this season, along with its men’s golf association, standard leagues and club championship. The junior league offers an alternative, social golf format for boys and girls, ages 13 and under, of all skill levels. After unveiling the program last year with 28 junior golfers and a widely positive response, the district hopes to reach 50 players this season.
The annual preschool Adventure Club also returns for children ages 3-6. Meeting two days per week at the Keller Education Center, each session promotes socialization and playtime outdoors. The Keller Education Center, a Leadership in Energy and Environmental Design (LEED) Platinum certified building that opened in 2009, hosts around 80 preschool students every year, says Tucker.
Byron Forest Preserve’s facilities and programs may be the face of the district, but a wide-reaching staff of maintenance workers and naturalists continuously work to keep those natural areas in peak condition and to better understand the landscape. Even for professionals, there’s always more to learn.
“I could live 10 lifetimes and still not know enough for this job, and that’s why I love it,” says Tucker. “There’s always something new to discover and learn about.” 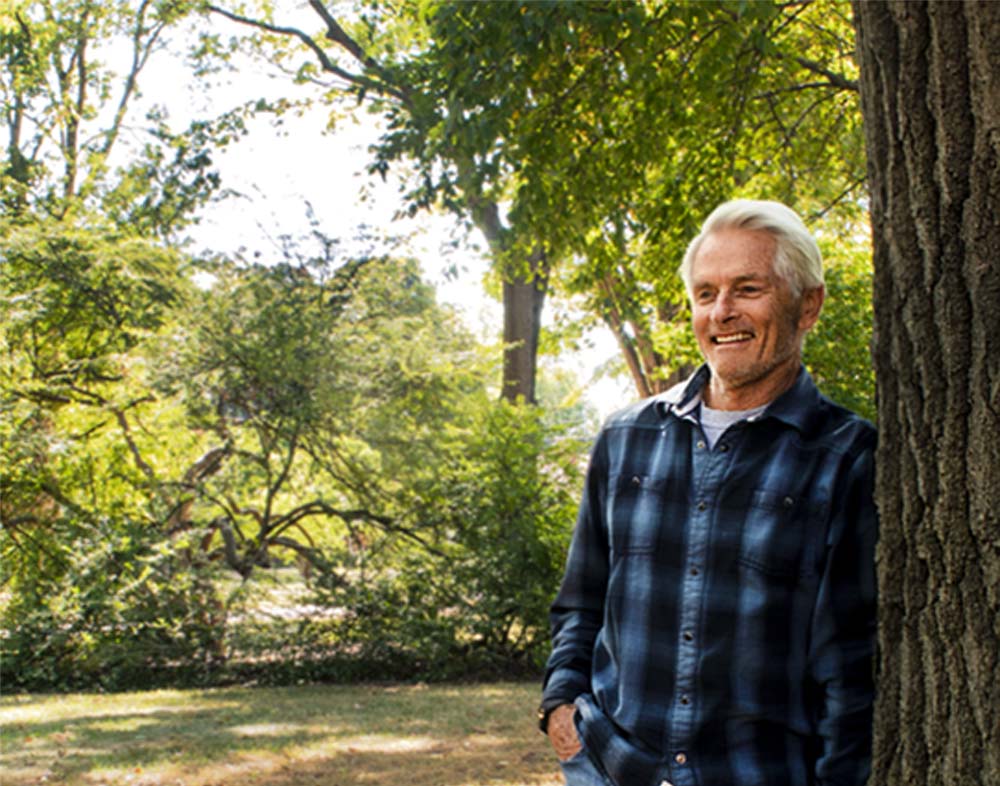 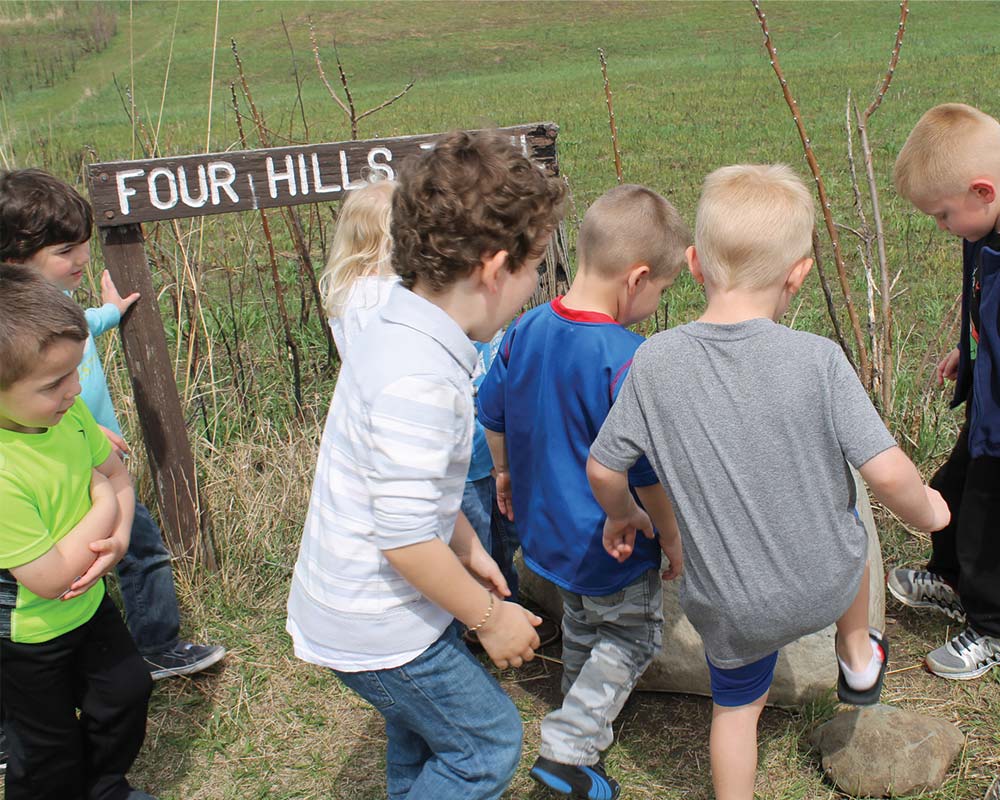