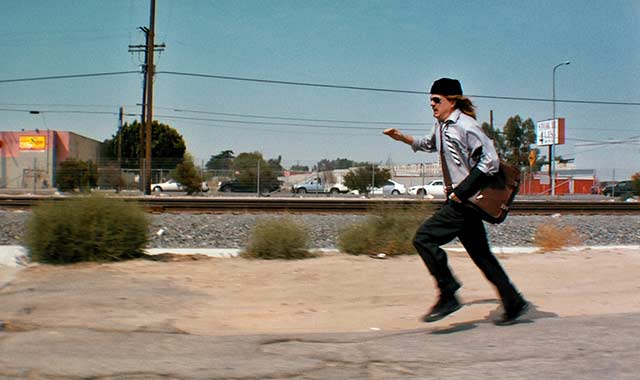 The performing arts venues in our region are beyond impressive. With elaborate architecture and outstanding local performers, we’re lucky to have these entertainment havens so close to home.


Chicago, Madison and Milwaukee may be just a drive away, but there’s no need to travel outside our region for high-quality arts and entertainment. Our region is brimming with a love for creative talent and gusto – enough to attract big-name acts to our own backyard.
From homegrown theater and musical performances to national touring acts and stars, our region is host to an eclectic mix of shows for any age and interest. Many of our arts venues are works of art themselves, gracefully joining historic decor and architecture with advanced design and technology. Be sure to take note of these premier performance and arts destinations for your next entertainment outing.

Rock Valley College’s Starlight Theatre has come a long way since it started on the pondside lawn at Spring Brook and Mulford roads in 1967. Now more than 145 productions later and in its 50th “Golden Anniversary” season, this creative outlet has become a cornerstone for community collaboration, enrichment and entertainment.
Under the direction of longtime theater director Mike Webb, Starlight Theatre has built a reputation for home-grown, professional-level shows put on by talented students and community members.
Webb, a Rockford native and Starlight’s director for 32 years, focuses on bringing new productions to the stage each season. Often traveling to New York to negotiate play rights, Webb has a knack and passion for showcasing our region’s local talent through Broadway productions made affordable and original.
Starlight’s high-caliber productions have included popular titles such as “Les Misérables,” “The Phantom of the Opera,” “Mary Poppins,” “Chicago” and “The Sound of Music,” to name just a few. Each of Starlight’s four summer shows relies on the hard work of performers and volunteers to deliver a string of about 10 performances, each better than the last. Since its very first production, “Finian’s Rainbow,” Starlight Theatre has brought together more than 25,000 people to entertain more than 1 million audience members.
Starlight’s signature venue, the Bengt Sjostrom Theatre, opened in 2003 after an $8.5 million renovation. Designed by world-renowned architect and Belvidere-native Jeanne Gang of Studio Gang Architects, this remarkable 1,050-seat auditorium features a retractable, star-shaped roof that opens skyward in the image of a flower. The theatre is listed as one of Illinois’ 150 Great Places by the American Institute of Architects, Illinois Council.
To find more about upcoming auditions and shows, visit rockvalleycollege.edu/community/theatre.

Rockford Area Venues and Entertainment Authority (RAVE) strives to increase and enhance the entertainment opportunities for our community. The organization operates three downtown venues: the BMO Harris Bank Center, the Coronado Performing Arts Center and Davis Park, in addition to managing the Rockford IceHogs hockey team, an affiliate of the Chicago Blackhawks.
“I think it’s critical that we have these venues, not only to enhance the quality of programming and enhance the quality of life for the community, but also because these venues drive others from outside the region to come to the community, which serves as a catalyst for downtown activity and development,” says Craig Thomas, RAVE chairman. “It still gets me excited when all the restaurants are full and people go to the shows. It’s a verification that what we’re doing is great.”
Performances at each venue vary depending on the season and type of event. With 10,000 seats total and 7,000 seats for concerts, the BMO Harris Bank Center hosts well-known comedy acts and musicians that come to Rockford. Comedic genius Jim Gaffigan, country music sensation Lee Brice and music legend Barry Manilow have been memorable performers in the recent past. BMO additionally hosts crowd-amplifying events such as monster truck racing and professional bull riding, in addition to family-friendly entertainment such as “Disney on Ice.”
BMO is also the home rink for all IceHogs games, with regular-season dates spanning from September through April.
For a historic, fun and fancy theater experience, the Coronado comfortably seats 2,300 in its lavishly decorated interior. A smaller venue than BMO, this theater creates a more intimate atmosphere for concerts, comedy acts, plays, traveling Broadway musicals and more.
Throughout its 90-year history, the Coronado has drawn many famous entertainers to its stage, and in recent memory, it’s welcomed crowd-pleasing performers such as Cheap Trick, engaging comedians such as Jerry Seinfeld and popular musicals such as “Joseph and the Amazing Technicolor Dreamcoat.”
The Coronado also hosts local talent, such as Rockford Dance Company and Rockford Symphony Orchestra.
When the weather is warmer, Davis Park provides outdoor entertainment on the banks of the Rock River. Throughout the summer, Davis Park hosts “Friday Night Flix,” a film-screening series that shows family-friendly classics such as “Toy Story,” “Frozen” and “Despicable Me.” Smaller concerts showcase the best of our regional talent, with performers such as Miles Nielsen, The Henningsens and Here Come the Mummies.
“RAVE’s viability as an organization is primarily based on the entertainment we bring to Rockford,” Thomas says. “We make sure it’s interesting to groups both inside and outside the community.”
To browse upcoming RAVE events, visit thebmoharrisbankcenter.com, coronadopac.org and icehogs.com.

Since America’s Great Depression, The Rockford Coronado Concert Association (RCCA) has been providing our region with opportunities to witness top-notch artistic talent.
Known for its high-quality programming, RCCA presents five world-class concerts each year at Rockford’s crown jewel: the Coronado Performing Arts Center. The concert schedule includes orchestral performers; choir and opera singers; dance companies; jazz, string and woodwind ensembles; skilled instrumentalists; and much more.
“RCCA compliments and enriches Rockford’s art scene by bringing in high-quality performers at an affordable price,” says Beth Howard, executive director of RCCA and Friends of the Coronado Foundation. “The classical, semi-classical and dance performances are probably half the cost at the Coronado that they are at a typical performance elsewhere.”
The RCCA board of directors stays up-to-date on rising stars and established artists in the industry. Board members attend concerts nationwide, conduct research at home and network with agents and representatives to discover the greatest talent possible.
In the past, RCCA has welcomed such impressive acts as Chicago Symphony Orchestra, Leontyne Price, Beverly Sills, Isaac Stern, Van Cliburn, Hubbard Street Dance Chicago and Chinese Golden Dragon Acrobats. RCCA board members always welcome suggestions for noteworthy potential performers.
Columbia Artist Management Inc. initially established RCCA in 1936, though back then it was known as the Rockford Community Concert Association. Concertgoers enjoyed performances at the Shrine Temple in downtown Rockford until the association moved permanently to the Coronado in the 1942-43 season.
No matter the age, RCCA’s mission has always been the same. “It’s always been about experiencing high-quality performances,” Howard says.
And witnessing these first-rate performances in the ornate Coronado only enhances that experience, Howard adds. Built in 1927, the beautifully restored theater maintains its antique features and is listed on the National Register of Historic Places.
“There are not many theaters like this that have survived over the years,” Howard says. “It is special because its historic integrity is so exceptional. It’s in the top one percent of historic theater venues, due to its preservation and programming. That combination of active programming and constant preservation is what makes the Coronado successful.”
A significant portion of Howard’s job involves the ongoing preservation of this theater, which she helped to resurrect in the late 1990s and early 2000s.
“Most people do not realize this building requires special craftsmanship to maintain its historic nature,” Howard says. “It is a continuous effort.”
To discover additional information about RCCA and the Coronado Performing Arts Center, visit rccaconcerts.org.

For more than 80 years, the Rockford Symphony Orchestra (RSO) has been a cultural leader for the community’s musical education and entertainment needs. As Illinois’ third-largest orchestra, the RSO continuously expands its diverse repertoire, performed by high-caliber professional musicians. This year, more than 14 shows will attract audiences into regional venues big and small, from the 2,300-seat Coronado Performing Arts Center to the Sinnissippi Band Shell.
“The orchestra was created for our community, and we have to make sure that everyone in our community has a way to enjoy it,” says Julie Thomas, executive director. “I think in the past 25 years, the RSO has reached a new level of performance, and it has a lot to do with our music director, Steven Larsen.”
The fourth music director in RSO’s history, Larsen has brought a sophisticated focus to the group since joining in 1991. He was awarded the Illinois Council of Orchestras’ Conductor of the Year in 1999, 2006, and again in 2016.
“When I’m programming, I want to share with people things that they might not already know,” says Larsen. “I love to hear from an audience member who says, ‘I’ve never heard of that composer before,’ or ‘Wow, I really was intrigued by that piece.’ I try to pick pieces that make people a little uncomfortable sometimes, but also pieces that people will enjoy.”
Larsen introduced the orchestra’s pops series, which brings in more familiar, pop-culture music. Youth concerts and Symphony Saturdays are a vehicle to introduce children to the orchestra. The RSO has performed with notable musicians including Cheap Trick rocker Rick Nielsen, classical pianist Andre Watts and cellist Yo-Yo Ma. In 2017, actress and singer Kristin Chenoweth joins the list.
As part of its deep-rooted education initiatives, the RSO also hosts the Rockford Youth Symphony Orchestra and the annual Concerto Competition for musicians younger than 21. Classics concerts throughout the RSO season include pre-performance lectures and discussions with guest performing artists. One of the latest program additions, Access RSO, aims to provide underserved members of the community with easier access to performances by bridging cost, language, age and exposure barriers.
To check out upcoming performances and purchase tickets, visit rockfordsymphony.com.