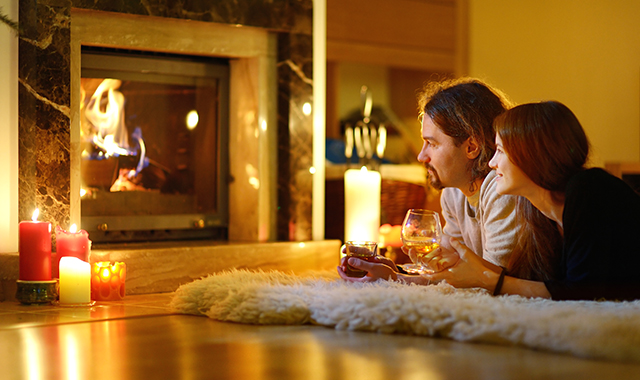 The Return of Your Fireplace

The Rock River has suffered the impact of urbanization, but many dedicated groups have worked and are working to restore its health. Jon McGinty explores the impact of these efforts, including recognition by the National Park Service.


Once a waterway of pristine beauty, the Rock River has suffered from the impact of urbanization along its shores. There’s a long history of local groups who have worked to restore and preserve this natural resource, however. Among them is the Rock River Trail Initiative, which recently worked to make our river part of the National Water Trail System. Because of this, our river now has the support of the National Park Service, which relies upon local groups to manage its designated water trails.
The Rock River and the landscape through which it flows is a legacy of the last period of Wisconsin glaciers, which retreated almost 14,000 years ago. For eons the river was home to Native American tribes, who fished, drank and canoed its waters. The Sac and Fox, who inhabited the Rock River Valley through the mid-1800s, called it “Sinnissippi,” meaning “rocky waters.”
Today, the river begins its journey near the village of Brandon in Fond du Lac County, Wisconsin, before drifting into the Horicon Marsh east of Waupun. From there it wends its way more than 300 miles, past forests and farmland, hills and bluffs, villages and towns, across the state line at Beloit, then traverses southwest across northwestern Illinois, finally emptying into the Mississippi River at Rock Island. During that trip, it flows over 23 dams, past 37 municipalities, through five counties in Wisconsin and six in Illinois.

Gaylord Nelson was a Wisconsin politician and environmental advocate who served as state senator, governor, and as a U.S. senator from 1963 to 1981. In 1969, after unsuccessful attempts to get legislation passed to protect our earth, Nelson proposed a nationwide “teach-in” on the crisis facing the environment, modeled after similar events to protest the war in Vietnam.
The concept caught on, especially on college campuses. To preserve the grassroots aspect of his plan, Nelson rejected the idea of controlling the agenda in Washington, instead encouraging Americans to “get together any way they want.” The result was the “biggest town meeting in the nation’s history,” as nearly 20 million citizens met all over the country to discuss, witness, perform and learn about the challenges to our natural world. On April 22, 1970, Earth Day was born.
What followed was a new wave of environmental activism and legislation at all levels. The Clean Air Act (1970), Clean Water Act (1972), Endangered Species Act (1973) and others focused on preserving, protecting and restoring the quality of the environment. To monitor and enforce such legislation, the Environmental Protection Agency (EPA) was formed in 1970.
Since then, the third week in April has been designated Earth Week throughout the world. In 1990, on the 20th anniversary of Earth Day, 800,000 people gathered on the National Mall in Washington, DC, while 1.8 million attended a similar event in New York City’s Central Park. In 1995, Nelson was awarded the Presidential Medal of Freedom in recognition of his lifelong environmental work.

A local response to the original Earth Day was an effort to clean up the littered shorelines of the Rock River in Rockford. Titled “Clean Rivers and Streams Help” (CRASH), the first event was held May 23, 1970, organized by the Rockford Chamber of Commerce.
In spite of rainy weather, nearly 1,000 volunteers, mostly school-age and young adults, removed 425 truckloads of trash and trees from 20 miles of shoreline between the Riverside Bridge and Blackhawk Park, including Keith and Kent Creeks. Dozens of boats and canoes moved up and down the river, collecting debris and dumping it at designated sites along the riverbanks. Private companies and municipal departments donated drivers and heavy equipment, including dump trucks, end loaders and cranes, to haul trash out and away to a dumpsite at the south end of the Greater Rockford Airport runway.
The project was expanded in 1971 to include Loves Park shorelines up to the Machesney Airport (now Mall), but fewer people showed up to help. Nearly 650 volunteers removed 250 truckloads of debris on June 6. Jack Armstrong, then a science teacher at Marsh School, was on the CRASH steering committee in charge of recruitment. Armstrong is an environmental activist, past president of the Rockford Park District, and board member to several environmental groups.
“I was disappointed [in 1971] that we hadn’t been able to get as many people as we thought we needed,” recalls Armstrong. “But we got a lot of stuff out of the river, anyway.”
Armstrong also was part of a small group of activists who called themselves “Save Our Streams” (SOS). They tried to initiate a class-action lawsuit against local industries suspected of dumping toxic wastes into the Rock River. As part of their investigation, SOS members flew over the city in the Rockford Newspapers airplane, photographing the river with infrared color slide film, in the hopes of detecting thermal pollution sites. Unfortunately, the film’s sensitivity was unable to detect the evidence.
“The idea was, if our suit was successful, we would receive a percentage of the settlement,” says Armstrong. “We planned to plow the funds back into local environmental activities. But [U.S. President Richard] Nixon cancelled the initiative.”
In the early 1990s, Bob and Tamara Labombard organized a one-day Rock River cleanup drive in the Oregon, Ill., area.
“It was huge,” says Bob’s widow, Tammy. “Lots of folks, including Bob’s brother, Al Levine, were instrumental in pulling it off. We worked the shorelines from Oregon down to Grand Detour. It was sponsored in part by the Jaycees as part of the DARE program, to involve young people in a civic project. We removed a couple of tons of trash. Bob and I were so grateful and proud of our family and community for their input.”
In 2009, Oregon resident Frank Masterman revived the idea of a river cleanup, and volunteers hauled out debris from Lowden State Park to Castle Rock State Park. Masterman’s vision, however, was to coordinate a river cleanup event that included the entire length of the Rock, from Horicon Marsh to Rock Island. Thus was born the Rock River Sweep (RRS).
“We have now divided the river into 31 sections,” says Steve Rypkema, director of the Ogle County Solid Waste Management department and current treasurer of RRS. “Each year we try to recruit coordinators for the different sections. Last year we covered 14 sections, probably less than one-third of the river’s total length.”
With the help of American Rivers, the Rock River Sweep has created an organizer’s handbook, available at its website, rockriversweep.org, where you can also volunteer to participate in this year’s Sweep on Sept. 10. The handbook covers everything to do in planning, executing and concluding a river cleanup event – even how to recycle the trash collected.
Last year, Frank Schier, editor and publisher of the Rock River Times (RRT) weekly newspaper in Rockford, helped to coordinate and publicize the Sweep for the sections between South Beloit and Oregon, as he has for several years.
“Our sponsors contributed more than $3,000 in prizes for volunteer recognition,” says Schier. “This year we hope to raise $5,000.”

In Wisconsin, the Rock River Coalition (RRC) has been working to protect and improve the Rock River Basin for more than 20 years. Headquartered in Jefferson, Wis., the organization consists of nine volunteer board members and two part-time staff that work closely with other environmental civic and governmental groups. They work within the entire watershed of the Rock River in the state of Wisconsin, an area of almost 3,800 square miles with 750,000 residents.
Through their website and newsletter, the RRC acts as a clearing house for educational, recreational and field monitoring events related to the ecology and water quality of streams and lakes in the Rock River basin. Dave Hoffman is the community coordinator for Rock County, serves as secretary on the RRC board, and is a member of the RRTI board as well.
“The Rock River Coalition has a long history of training citizens to be part of our basin-wide water monitoring system,” says Hoffman. “We have planned a big 10-day event in May to encourage people to join us in this effort. We’re calling it ‘Testing the Waters: a Paddle and Probe Adventure.’”
Starting in Mayville just east of the Horicon Marsh on May 15, a flotilla of 3 to 4 paddlers in canoes and kayaks will traverse the Rock River all the way to Beloit in one-day segments, ending each evening with a community meeting to publicize the event and educate the public on the importance of water conservation. Mounted on the front of one of the kayaks will be a probe that continuously monitors the water for pH levels, temperature, dissolved oxygen and conductivity, all indicators of potential pollutants. This data will be uploaded via a cellphone and digitally displayed on a web map. Participants also will take periodic “grab samples” of the water for later analysis for nutrients and bacteria.
“The public will be able to follow the flotilla and monitor their findings in real time,” says Hoffman. “We hope this will engage more people into concern for water quality and other conservation issues.”
In addition to finding and reducing or eliminating the sources of water pollution, steps can be taken to mitigate their effects on wildlife and water quality. Filter strips can be created along shorelines by planting trees, grasses and sedges as a buffer between the river and potentially damaging runoff. This also provides increased habitat for wildlife and stabilizes the shoreline to prevent soil erosion.
“In the past five years, we’ve planted more than 51,000 oak trees along the Rock River,” says Schier. “Each year, Chad Pegracke of Living Lands & Waters has donated 10,000 young trees for our cause. He’s the guy who clears trash from the Mississippi River. CNN called him ‘Hero of the Year’ in 2013. Another 10,000 trees will be available to us on April 13-15. That’s 910 oak trees for each of the 11 counties along the Rock River Trail.”
When asked about the plausibility of reaching RRTI’s 2030 goal of making the Rock River the cleanest tributary to the Mississippi, Schier replies:
“We want to lead by example. If we can do it to our Rock River, anybody can do it to theirs.”