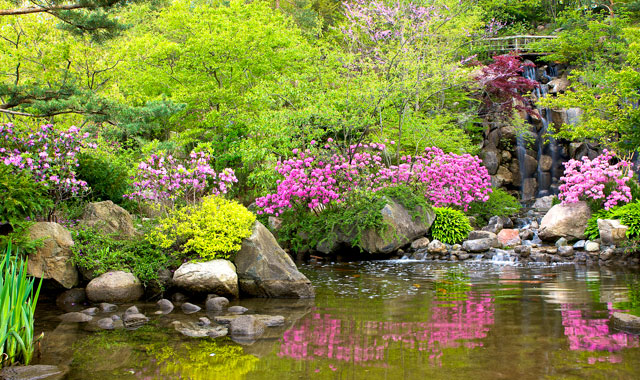 10 Reasons to Love the Rockford Region


Rockford and its Burpee Museum of Natural History become Dino Central when the annual PaleoFest returns March 12-13. Throughout the weekend, Burpee hosts a variety of lectures, workshops and kid-friendly events that celebrate all things paleontology.
This year, PaleoFest’s main theme is “Women in Paleontology.” Expect to see nearly 20 speakers highlight many contributions by women paleontologists. Scott Williams, director of science and exhibits at Burpee, says this could actually be the first scientific symposium that exclusively features research from women paleontologists.
“It’s all women paleontologists leading the talks, and they’re from all different subfields in paleontology,” says Williams. “It’s a science that includes a mixture of biology and geology, so they’re going to talk about a variety of subjects, from dinosaurs and fossil mammals to fossils that are so small you’ve got to use a microscope to see them.”
Each year, PaleoFest attracts nearly 2,000 visitors and some of the biggest names in the field. This year’s lineup includes researchers like Kristi Curry Rogers, a professor at Macalester College in Minnesota, who’s worked in South America, Zimbabwe and Madagascar. The latter location is the main focus of her PaleoFest lecture, when she’ll highlight some of her greatest finds.
Local experts include Dr. Karen Samonds, from Northern Illinois University, who’s planning a lecture on ancient manatees and lemurs.
Dr. Karen Chin, from University of Colorado Boulder, will talk about her research on “fossil poop.”
“That’s what she’s known for,” says Williams. “Fossilized poop – coprolites – can tell you a whole bunch about the biology of an extinct organism.”
Past guests have included Dr. Kirk Johnson, sant director of the Smithsonian National Museum of Natural History, in Washington, DC, Dr. Scott Sampson, the paleontologist on television’s “Dinosaur Train,” and Dr. Mary Schwitzer, a professor at North Carolina State University who discovered soft tissue preservation in dinosaur bones.
PaleoFest remains a family-friendly event, with creative workshops where kids can learn about dinosaurs from a trained educator and then create a make-and-take craft project. “Paleo Passport” stations will be scattered around the museum, and kids who get their passport book stamped at every station can earn a special prize.
“When PaleoFest started in 1999, it was mostly amateur fossil collectors, but over the years it’s grown to include people from the general public, experts, students and kids,” says Williams. “We have some hardcore young people who have been coming out with their parents for several years now. We have a family that’s been coming from Arizona for several years, and we have people from Minnesota, St. Louis, Indianapolis.”
Of course, the museum’s star dinosaur fossils will be on full display all weekend. Visitors can browse permanent exhibits on Homer, a “teenaged” Triceratops,” and Jane, the world’s most complete, best-preserved juvenile Tyrannosaurus rex.
“Those are dinosaurs that we found,” says Williams, who was part of the exploration team. “We excavated, did all the research and work, and then brought the material back here. They’re always the other stars for the weekend.”
Williams hopes this year’s focus inspires many a young scientist – both girls and boys.
“If paleontology and an interest in dinosaurs gets kids excited to explore science, that’s great, because we definitely need more medical doctors, biologists, experts in virology and genetics, and physics or astrophysics,” says Williams. “In many cases, an interest in paleontology is a primer that gets them into those other fields.”
To discover more about PaleoFest, visit burpee.org.
Tags: burpee museum of natural history Dinosaurs Dr. Karen Chin Dr. Karen Samonds Dr. Kirk Johnson Dr. Mary Schwitzer Kristi Curry Rogers PaleoFest paleontology rockford Women in Paleontology
Share on
Share on Facebook Share on Twitter Share on Pinterest Share on Email
Chris Linden March 2, 2016