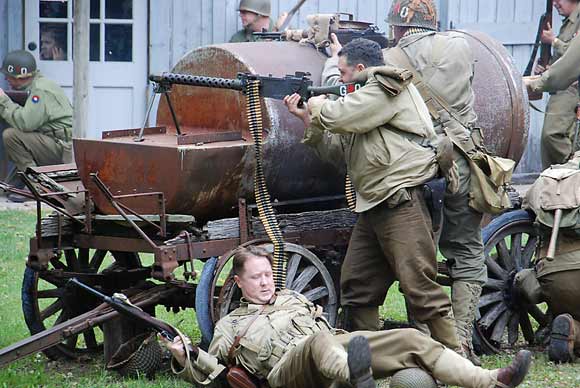 Rockford Re-Enactment Best in the Nation

Bob Persinger never forgets the look of gratitude on the faces of the people he freed from Nazi prison camps. In fact, he still corresponds with some of them. Robert Randall Ryder introduces a man who learned that fear was “part of the game.”