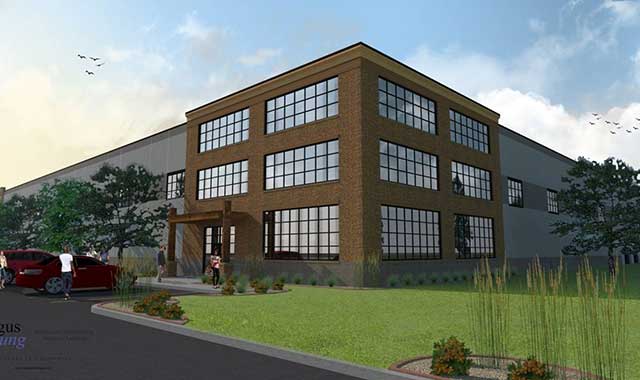 For musicians and patrons alike, Mendelssohn has cultivated a community of music appreciation in Rockford. Now, its staff is looking to build even more connections with local arts organizations.


Between downtown Rockford’s Main and Church streets, a block-wide, three-building campus hosts a performing arts community 131 years in the making. During all that time, the Mendelssohn Performing Arts Center has been transforming into a multifaceted public arts organization that inspires and connects musicians and patrons in our region. And it’s still finding new ways to grow.
“We’re the oldest community-based, nonprofit music club of its kind in the United States,” says Martha Dahlberg, Mendelssohn board president. “The old saying is, ‘Rome wasn’t built in a day,’ and we’re certainly not in our final form.”

Each season at Mendelssohn brings an array of concert series, educational programs, performance opportunities and special events spanning a range of musical styles and age groups. Its wide scope is a result of decades of development and planning, mixing historical traditions with new experimentations. But on Oct. 4, 1884, the Mendelssohn Club began as a simple, private gathering of local music enthusiasts.
The first meeting was hosted by the club’s introductory president, Mrs. Clara Blanche Ellis Starr, in her home on North Main Street. After incorporating in 1894, the Mendelssohn Club organized an annual concert series and offered memberships to Rockford area residents. More than a half century later, in 1952, the club dedicated its first official building, the Starr Center, at 415 N. Church St.
The next 50 years saw tremendous growth in Mendelssohn’s membership and programming, such as the formation of the Mendelssohn Chorale in 1975. The club was forced to move performances to the Coronado Theatre and Tebala Shrine Temple to accommodate larger audiences. This led to the purchase of the historic Emerson House, 420 N. Main. St., in 2005.
Then, in 2006, the Mendelssohn Club officially re-named itself the Mendelssohn Performing Arts Center (MPAC) and became a public community organization.
“We wanted to do away with the exclusivity that ‘Mendelssohn Club’ implied to the people of Rockford,” explains Dahlberg.
With more than 20 years of experience in the organization, Dahlberg is now serving her third term as board president. Bob Quimby, a former board president, oversaw the purchase of the First Presbyterian Church, 406 N. Main St., Rockford, in 2012, after MPAC received a generous donation from Dr. William and Leah Baskin. The former church is now Mendelssohn Hall, the main performance space.
“We had outgrown the performance space on North Church Street,” says Dahlberg. “So now we own all this property, which is why many people often question our sanity. But developing Mendelssohn with a campus mentality really was a goal that came out of a strategic plan we did about 15 years ago. Mendelssohn Hall is now a multi-use building, and we’re still trying to find out how to best utilize the space.”

The Mendelssohn staff is searching for ways to share its abundant space with other community arts organizations. In 2012, the center absorbed Charlotte’s Web for the Performing Arts, a nonprofit that hosts local and traveling folk, blues, Americana, world music, dance and theater productions. Mendelssohn’s Emerson House also offers office space to partners such as Phantom Regiment, a world-class competitive junior drum and bugle corps. There are many more partners, from Kantorei, the Singing Boys of Rockford, to the Youth Against Violence Organization.
“Half of our mission statement is to support the community arts within the Rockford region,” says Mark West, Mendelssohn marketing coordinator. “Because we have three buildings on our campus and usually only operate a small portion of it for Mendelssohn-specific activities, we open up the rest to community arts partners for office, rehearsal or performance space.”
Many of the Mendelssohn spaces are open for private rental as well, including commercial kitchens, classrooms and offices. Mendelssohn Hall and Emerson House are available for private performances, recitals, weddings and parties. Rental agreements are priced below market value or transacted as trade agreements, because Mendelssohn isn’t meant to operate as a rental facility. Making space available to the public is part of Mendelssohn’s mission to uplift the arts and culture community, especially in downtown Rockford, says West.
“It’s really important for nonprofit arts organizations to work together because we’re all vying for the same dollars,” says Dahlberg. “I don’t think any one of us is more important than the other.”
Through the collaborative space, Mendelssohn fosters an educational environment, both literally and organically. Youth musical education has always been a cornerstone of Mendelssohn’s mission. Since 1961, the Chandler Starr Miller Scholarship Competition has given young musicians the chance to compete for monetary awards and to receive valuable feedback from professional judges. The center’s Young Musicians Series and summer programs provide opportunities for students to explore the arts. Mendelssohn hopes to expand these programs through future collaborations with Rockford School District 205.
“Unfortunately, the arts are the first to go in education, and that’s been the case here in Rockford, but I really see that turning around,” says Dahlberg.
Educational opportunities extend to adults, too. Mendelssohn hosts an Art Song Project, Piano Performance Group, Apres Opera Prelude and Music Network to help musicians and fans of all skill levels and ages to connect and grow. Mendelssohn even plans to launch an online streaming radio station for fans to listen to musician interviews, archived performances and more.
Mendelssohn is known for its post-show receptions after every concert, when audience members are invited to meet musicians and other guests to discuss the performance. Patrons value their access to musicians big and small, including famous ones like Polish-American classical pianist Arthur Rubinstein.
“There are people who will drive from hours away just to have that specific experience, because they know they’ll meet the musicians,” says West. “When we had Corky Siegel’s Chamber Blues here on Sept. 25, one guest had seen him back in 1977 and had been holding onto his comment for 30 years, until he finally had the chance to share it with him one-on-one.”

The 131st season will bring Mendelssohn’s usual wide range of genres and performers, along with a few special events.
“We try to update what we’ve done but still keep that historic element as well,” says Dahlberg. “The performance history of Mendelssohn and who has been here has always been pretty mind boggling, but we also like to bring in something new.”
This year’s cornerstone event will bring together modern music, theater, dance and the visual arts to celebrate the 400th anniversary of Shakespeare’s life; the Bard departed this earth in April, 1616. “Shakesperience: Legacy of the Bard” is set for April 23, 2016, and will be a collaborative event involving Mendelssohn, Rockford Dance Company, Rockford University’s Performing Arts Department, Rock Valley College’s Theater Department and more. Hosted by the Court Street United Methodist Church, the building’s wooden interior will add to the concert ambiance, as if it were unfolding at Queen Elizabeth I’s own court.
“This is a little unusual for us, because this goes beyond the intimate concert experience that is our mission,” says Dahlberg. “But every two to three years we try to do a big event like this and really pull the whole arts community together.”
Four series will guide the Mendelssohn season: the Main Stage Series, Music on Main, Jazz@Emerson and Charlotte’s Web. The Main Stage Series hosts the center’s most popular concerts on the Mendelssohn Hall stage, with exciting performances by renowned musicians; violinist David Lisker and the Avalon String Quartet will perform later in the season.
“The Avalon String Quartet is the artist faculty string-quartet-in-residence at Northern Illinois University,” says Dahlberg. “They came to us four years ago because they were playing a season at the Art Institute of Chicago. So now it’s a very exciting opportunity for us to have a world-class string quartet here on a seasonal basis.”
Music on Main celebrates the original goal of providing brief, intimate concerts with classically inspired performances. Often, light refreshments are sold, as audience members enjoy the performance from open seating tables in Emerson House.
The similarly run Jazz@Emerson series focuses on classic and modern jazz, at 3 p.m. on the second Sunday of every month, in the same location.
Charlotte’s Web rounds out Mendelssohn’s repertoire by bringing in folk, Americana and singer-songwriter-inspired musical acts, with a focus on local musicians. Neil Jacobs, Peter Mulvey, Red Tail Ring and Sons of the Never Wrong are on the season lineup.
Tickets may be purchased for individual shows, or in bulk through Mendelssohn’s FlexPass system, online at mendelssohnpac.org or at the door.