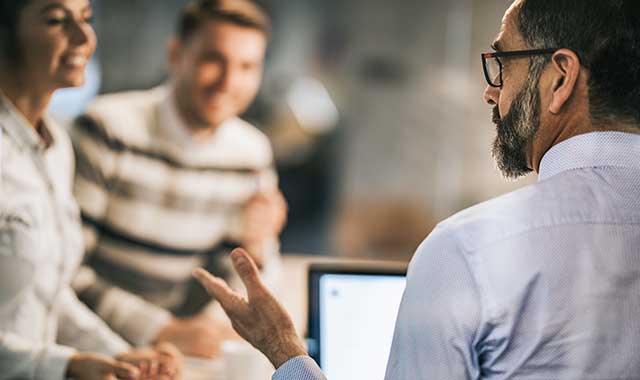 It’s been a tumultuous few years for the real estate market, but positive signs are emerging around our region. Find out what today’s buyers want in a home, and why this year is an ideal time to buy or sell.


The past decade has brought a roller-coaster ride of highs and lows for the real estate market, but there’s a sense that things are steadily improving – both around the nation and in Rockford.
In many ways, today’s buyers, sellers and builders operate with different expectations than they did before the 2007-2008 housing market crash. Affordability, foreclosures and new lending requirements have presented many challenges, as have property values and tax rates.
But the rising economic climate is generating new opportunities. Young people are pursuing their first homes, interest rates are low and new economic promises have generated a positive outlook for many. Real estate professionals in our region agree that we’re not yet in the clear, but today’s market is filled with potential.
“In general, the market in Rockford is gradually improving and is improving steadily,” says Jon Krause, president of Gambino Realtors, 3815 N. Mulford Road, Rockford. His firm is one of the oldest and largest real estate companies in the region, with more than 100 agents.
“With Rockford’s higher unemployment rate, we are lagging behind a little,” Krause adds. “But it has become much more affordable to buy a very nice house, and interest rates have dropped down dramatically.”
In fact, this past September, mortgage interest rates hit 4.16 percent, the lowest rate since data was first recorded in 1971, according to the Illinois Association of Realtors. Another positive sign is the fact that there were twice as many homes for sale during the recession as there are now, says Krause. Primarily, this trend is related to faster-moving inventories, and it signals positive changes and growth in the market.
“The biggest news on the local housing scene is shrinking inventory,” says Steve Bois, CEO of Rockford Area Realtors. “Monthly inventory hit 1,611 homes – down 12.5 percent from last February. This is the lowest local inventory level since stats have been collected, going back to 1998.”
Sales this year are off to an impressive start. Looking just at the month of February, home sales increased 23 percent year-over-year, from 197 homes sold in February 2014 to 242 homes sold this February, says Bois. It’s a promising sign that 2014 was a banner year for home sales.
“Rockford-area realtors sold 4,032 homes and condos in Winnebago, Boone and Ogle counties in 2014,” says Bois. “That’s the second-highest total since the 2007 ‘housing bubble burst,’ which then sent the nation into a recession.”
For those looking to sell their home, this year might be a good time to enter the market.
“A full market recovery continues to be stalled by the limited availability of homes for sale,” Bois adds. “But buyer demand on lower inventory is pushing up prices and incentives for more sellers to enter the market.”
Tom Humpal, an agent at RE/MAX Property Source, 6072 Brynwood Dr., Rockford, agrees that sellers have distinct advantages this year. “Sellers should be putting houses on the market while interest rates are still at historic lows,” he says. “It’s an excellent time to be buying or selling.”
According to Humpal, taxes and property values in our region may cause buyers some hesitation. As area tax rates have risen, property values have decreased. Increasing value is important to buyers. “We’re slowly recovering, and hopefully, our governing fathers will figure out a way to ease the tax burden on housing – which is at a historic rate of 14.0023 percent in Rockford – so we may once again flourish,” he says.
Along with property values, other aspects of the marketplace are still struggling to find their footing.
“I would also like to see homebuilders come back,” Humpal says. “We have to figure out how to build good products and develop them. Innovative things have come out of recessions, and I believe builders will rise to the challenge.”

The Future of Building

Some of the biggest changes in the market have hit homebuilders, who have faced an intense cutback in new home construction. Despite the challenging climate, builders are finding innovative ways to support homeowners.
The same forces conspiring against homebuyers in today’s market – property values, rising costs – also are conspiring against homebuilders, says Frank Gambino, owner and president of Gambino Building & Remodeling in Rockford. Surprisingly, it may be more affordable this year to buy and renovate than to build new.
“A decrease in property values has made it difficult for builders, so it’s more feasible for people to go out and buy a new home,” says Gambino. “Since 2010, some of the building codes also have changed. This has increased the price of new construction, and though the housing value may have gone down, the price of building materials has increased.”
Around the region, building has slowed down considerably. According to Gambino, since 2010, the Rockford region hasn’t had more than a few dozen building permits issued in any given year.
Rather than build new, more homeowners are focused on improving their current homes. Dennis Sweeney, executive vice president of the Home Builders Association of Rockford, notes that many home builders have increased renovation services to include projects like expanded garages and storage units.
“What people are now doing with their money is finding ways to make the houses they have more efficient,” he says.
Not only does the homeowner get the satisfaction of a refreshed space, but home renovations can add value and increased selling potential.
“It’s all about maintenance,” Sweeney says. “When things wear out, you have to replace them. The selling market is competitive, and you have to make sure your home is in good condition. Replace worn-out cabinets, countertops, floors and windows. It’s not necessarily about adding anything, it’s about maintenance.”
Gambino’s firm has kept busy updating kitchens and basements, and leading other projects such as home additions. His clients have seen a positive impact from their home renovations.
“In today’s market, the homes that sell the fastest and for the most money are homes that are in good condition and updated,” Gambino says. “Many buyers are more interested in purchasing a home that is in good condition and has many, if not all, of the popular updates, such as a newer kitchen and bathrooms. Buyers view these essential updates as costly and will normally pay close to asking price, if not full price, because these udpates have already been done and can be paid for during the life of the mortgage.”
Before homeowners jump into a home improvement project, Gambino recommends doing some homework. Besides planning your own budget, it’s important to consider the desires of whoever might buy your home.
“You must weigh the cost of the renovation against what the market will support in price, and make sure you don’t overspend,” he says. “That’s why you need a good realtor who knows the market and what you can sell your home for, with or without the renovation. They’ll know what renovations will pay off, and you can make your decision from there.”

One of the top reasons to buy this year is record-low interest rates. Also, new federal assistance programs provide a way for first-time homebuyers to qualify for loans with down payments as low as 3 percent.
The @Home Illinois loan program, for example, offers a 30-year, fixed-rate mortgage that has a number of benefits for first-time buyers, including low down payments, federal tax credits and homeownership counseling.
When going through the purchasing process, one tried-and-true mantra still applies. “It’s all about location, location, location,” says Krause. “People tend to buy close to where schools and jobs are located. Keep in mind that location is something you can’t change. If you are in a good location, virtually everything else about the house can be changed.”
Looking toward the future, real estate studies predict that industrial growth around Rockford could provide a boost to the local housing market, Bois says. Endeavors such as expansion at the Chicago-Rockford International Airport, the new Woodward production center in Loves Park, Ill., and additional developments are likely to bring in talented professionals from outside the area, thus increasing demand for local housing.
“That leads to two concerns heading into 2015,” Bois says. “First is the level of inventory we have, and whether the type of housing stock we have matches the needs of prospective buyers. Will inventory struggle to meet the demands for our new residents? If I had a concern in our housing market as we move forward, the concern is whether housing is going to increase to support the forecasted demand for industrial growth. ”
Bois also believes that, if the Transform Rockford movement is successful in improving the area’s social and economic well-being, it would contribute to a housing expansion by bringing in new jobs.
“When we become a top 25 city by the year 2025, that journey creates a story,” he says. “That story then creates a conversation and with these conversations, you’ll see more recruiting in the community. As this continues, there will be additional investments of businesses into a top 25 city, from both industrial partners and quality of life businesses, such as new restaurants and other lifestyle additions. That whole momentum will have a significant impact not only on the housing market volume, but will raise the average price and average value of a home. There’s a lot more positive energy in the community than we’ve sensed in the past, and it’s reaping benefits for the local housing market.”

Many forces at work right now bode well for the future of the housing market, Bois says. Empty-nesters looking to downsize are putting their homes up for sale. Improvements within the Rockford Public Schools are attracting newcomers and encouraging families to stay put. New, vibrant community events and activities are drawing people to the city and its downtown.
At the same time that improvements are making Rockford a more attractive place to live, a new generation is stepping into the market. Bois says that according to industry research, millennials – people born between 1981 and 2000 – are expected to form new households in significant numbers this year. Years of pent-up demand could lead this market segment to “break lose” in the near future.
“The millennial generation is beginning its ascent,” Bois says. “About 65 percent of first-time homebuyers are part of the millennial group, and they’re at an age when many people marry and start families.” Which, in turn, reflects an environment of stable jobs and schools.
Homeownership is one of Americans’ most basic aspirations, and it provides a positive impact on the community. Homeowners feel a greater connection to their community and their neighbors, and tend to be more invested in civic and social institutions, according to research by the National Association of Realtors. Owning your own home can even help to build stable neighborhoods, reduce crime, and improve a community.
Our homes are an important signal of our identity.
“Our homes help define who we are,” says Bois. “From the color of the walls to our family photos, our homes are an expression of ourselves and our families. You could say it’s in our DNA.”
In our region, the amount of home we can buy with our dollars is one of the greatest opportunities. With the Federal Reserve indicating that interest rates will once again be on the rise, after being low since the recession began in 2007, this year may be a great time to buy or build the home of your dreams.

Are You Ready to Buy in a White-Hot Market?

Before you get started, there are a few things you ... 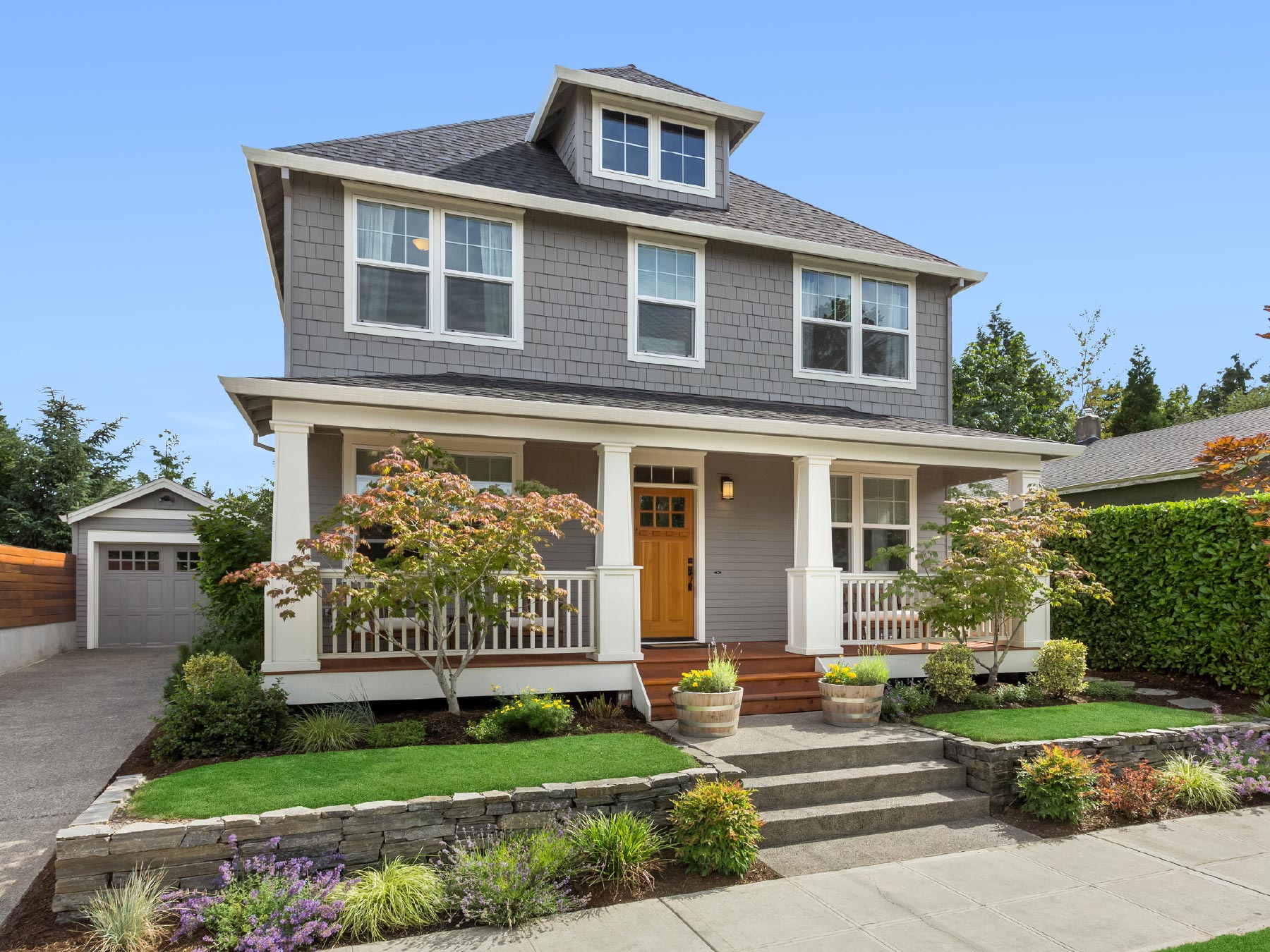