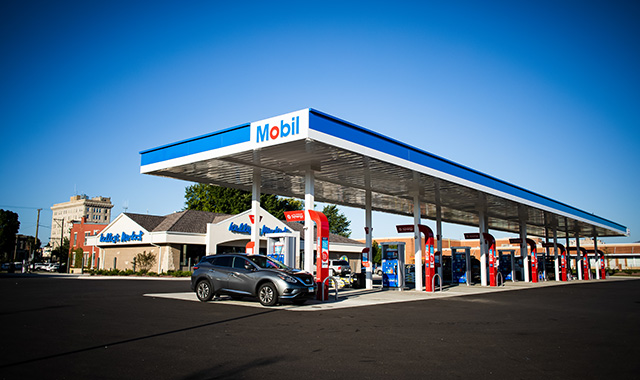 Meet a bubbly and outgoing accountant who loves tax season and goes out of her way to serve customers while doing business better, faster and smarter.


Silene Walters is bubbly – as in springs-out-of-her-seat, so-happy-to see-you bubbly.
Even on the day before the start of tax season. Even though she’s a licensed certified public accountant, which isn’t a profession always associated with quite so much excitement or fun.
Walters is the owner of Walters Accounting, Inc., a company that provides accounting, payroll and tax services for businesses and individuals at two northern Illinois locations, in Stillman Valley and Rochelle.
And she really likes what she does.
“I get to see my clients,” she says. “I try treating them as friends, so hopefully they’re happy to see me, too. I love seeing my friends and helping people.Every tax season, it’s like a reunion.”
Well, and there’s the chocolate.
“The people who come in the last two weeks before the tax deadline – they know to bring me chocolate,” she jokes. “One year, a woman came in with a gift bag filled with chocolate for us. She must have gone down the candy aisle and picked one of everything.”
Yes, Walters loves tax season.
But she loves the days in between tax seasons, too.
Since Walters Accounting first opened its doors in 2006, Walters has had one goal in mind: “We’re here helping our friends,” she says. “Accounting? Taxes and payroll? That’s kind of everybody’s least favorite thing – but hopefully they enjoy coming to see us.”

Originally from Brazil, Walters grew up in Las Vegas. But marriage brought her to the Stateline area, and she received her Masters of Accounting Science degree with an emphasis in taxation from Northern Illinois University.
A Rochelle resident, Walters worked for a small accounting firm until 2006, when her boss retired.
“I’ve always been independent, with an entrepreneurial spirit,” she says. She even started an online business back in 1996, shipping items all over the world – long before the modern-day Internet and Amazon.
And so, she took the accounting business over from her former boss and almost immediately began to modernize it.
Walters Accounting is now completely paperless, and Walters and her staff can work remotely or from either of the two office locations at 202 N. Walnut St. in Stillman Valley, or at 350 May Mart Drive in Rochelle.
“We’re on the Cloud,” she explains, “which can come in handy when there’s 18 inches of snow. We scan everything.”
And a lack of bulky filing cabinets adds to the Stillman Valley office’s sleek new design. Tucked inside the old 1911 Stillman Bank building, the office recently got a makeover.
The remodel was completed in December, and features stylish touches like chandelier-style lighting, bold graphic design and lots of photos from around the world.
The redesign was done just in time for this year’s tax season to begin, and for Walters to welcome back her friends.

The Most Wonderful Time of the Year

It’s the day before tax season, and there’s a feeling that something exciting is about to happen inside the little office that looks out on Stillman Valley’s main street.
“I love it – it’s crazy hours, but I do,” she says.
That doesn’t mean there aren’t challenges, however.
“This year is going to be different because of the Affordable Care Act,” Walters says. “Everyone has to have proof of health insurance, which not everyone is expecting.”
Tax laws are ever changing and decisions made throughout the year can affect returns.
Walters makes it a point to stay up to date on everything that could impact her clients – federal, state and local changes. She takes classes throughout the year, attends seminars, and maintains professional affiliations to make sure that anything that could affect her clients is on her radar.
So many people are overwhelmed by financial matters, she says, and even if the numbers are easy, sometimes the circumstances from year to year are not.
“You do see people going through divorce, or whose businesses are failing,” she explains. “I had one woman come in the day after her husband’s funeral for their annual tax appointment, and I explained to her that she could have cancelled. Instead she told me, ‘You’ve always taken good care of us.’ She felt comfortable coming to us for help during a difficult time.”
Kris Jones, who works as Walters’ administrative assistant, says that’s why the company works so hard to forge personal relationships.
“One thing clients have to make sure of is that they feel comfortable and can trust their accountants,” says Jones. “We’re handling a lot of highly confidential information, but nothing goes outside of these walls. We listen to their needs – we make sure they feel heard.”

Jones recently started taking classes to become a certified payroll processor, in part because Web-based payroll services make up a big part of Walters Accounting’s business throughout the year.
“We have a fantastic payroll system,” says Walters. “It literally takes the client 5 minutes, and it’s so user-friendly.”
As a small business owner herself, Walters knows the struggle of trying to fit everything in between 9 a.m. and 5 p.m. Monday through Friday.
“When you’re running your own business, you don’t always have a lot of time,” she says. “With this system, you can log in from anywhere – even from home.”
She says it’s great for franchise owners – a manager can enter hours, and the owner can approve it remotely.
The system has helped her to expand her business beyond the local area, and in turn, some of her business clients have become personal tax clients.
“With technology, I now have some clients I’ve never met in person,” she says. “I don’t know what they look like, but I know all about their lives and their taxes.”

In fact, Walters Accounting gets more out-of-town clients every year.
Many were from our area, but moved away, and still want Walters to be their accountant.
“Right now, I do all the taxes myself,” she says. “My clients trust me.”
She sees many multi-generational families, and routinely has people coming from southern Wisconsin, Rockford, Boone County and Freeport. A few come from as far as Missouri each year, and she works with plenty of snowbirds that “think April 15th is a little too early to head back home.”
Jones has been with Walters Accounting through four tax seasons, now, and the two joke that they’re like a married couple.
Walters says, “I start a sentence…”
“ … And I finish it,” Jones responds from her desk in the reception area.
“When you work this closely together, it’s really important that you have a close relationship,” Jones says.
Walters rounds out her tax season staff with three accounting students from her alma mater, Northern Illinois University.
The students do data entry and get to experience the hustle and bustle of a tax season. Walters finds it very rewarding to work with the students.
“I really like mentoring young accounting majors,” she says.
She likes sharing her love of her profession, and her excitement.
“Tax season is like a faucet,” she says. “You turn it on and there’s a drip, drip, drip, and then all of a sudden it’s like a fire hydrant. But I love it – I get to see friends, I get to see kids grow up, I get to see businesses grow. It’s so important to have a good relationship with my clients – it’s like how your doctor is a partner in your health – we’re a partner in your taxes.”
Walters is quick to point out that not everyone needs a certified public accountant, but when it comes to big things – marriage, a child going to college, inheritances, life changes – it can be invaluable to have one to turn to.
“A computer isn’t going to answer your questions,” she explains.
Walters has been married to husband George for 23 years and has raised three children, who used to “play accountant” on her office rug when they were growing up. She says she’s built her business around helping people she cares about.
“We don’t try to compete with big firms,” she says. “I hear I’m not your typical accountant.”
Instead, she endeavors to handle each client’s needs with “integrity, responsiveness and accuracy,” her signature smile, and plenty of chocolate, of course.