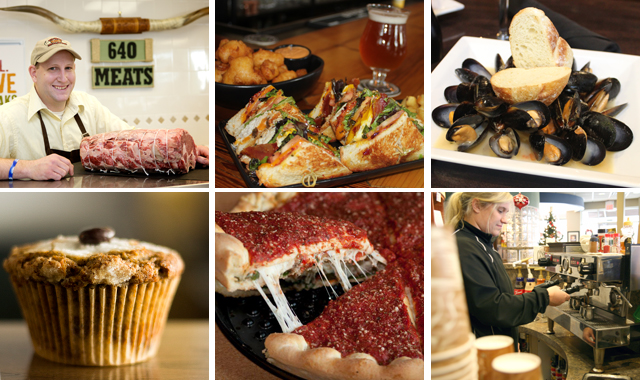 I Hate Hamlet
May 1-3, Fri-Sat 7:30 p.m., Sun. 2 p.m. When a hot, young unemployed TV star moves into a gothic apartment in New York City and is asked to play Hamlet, a role he hates, John Barrymore’s drunk ghost appears in full costume to haunt the apartment that once was his. Janesville Little Theatre, JPAC, Janesville, (608) 758-0297, janesvillepac.org.
Ben Gulley
May 4, 7 p.m. A Met Opera award-winner and PBS favorite, the up-and-coming tenor sings a program of well-known operatic arias, spirituals and Broadway tunes. SVCCA, Sterling High School, 1608 4th Ave., Sterling, Ill., (815) 288-2501, svcca.org.
Ringling Bros./Barnum & Bailey Circus: Nuts & Boltz Edition
May 8-10, Fri. 7 p.m., Sat.-Sun. 1 & 5 p.m. Meet performers, watch machinery get uncrated, try on costumes, learn to juggle, dance and more, then sit back and watch the show. BMO Harris Bank Center, Rockford, thebmoharrisbankcenter.com.
Are You Being Served?
May 8-17, Fri.-Sat. 7 p.m., Sun. 2 p.m. The motley crew of the Grace Brothers department store prepares for a sale of German goods and then departs for a staff holiday in Spain. On their travels, they stay in the tropics at a one-star establishment, encounter everything from a Spanish crumpet to randy revolutionaries, and survive with everything intact but their modesty. Main Street Players, Community Building Complex of Boone County, 111 W. 1st St., Belvidere, (800) 741-2963, mainstreetplayersofboonecounty.com.
AE: Will Rogers: An American Original
May 8-24, This one-man show explores the life and times of America’s most popular humorist, whose work set the stage for standup comics. AE, Rockford University, (815) 394-5004, artistsensemble.org.