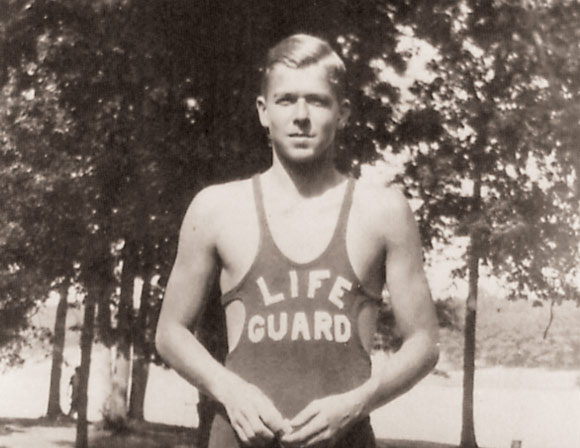 It’s been 150 years since the bloodiest war on American soil came to an end, with the final battle staged at Appomattox. Learn how the Civil War wound down and how folks in Galena are celebrating this important milestone.

Galena had a strong presence in the American Civil War, perhaps out of proportion to the size of this Northwest Illinois community. After residing there less than a year, U.S. Grant left his father’s leather shop to lead the Union armies to ultimate victory. He was one of nine generals to emerge from the town during the war, and at the signing of surrender at Appomattox, three of the dozen Union men in the room were from Galena: Gen. Grant; Brig. Gen. John Rawlins, Grant’s chief of staff; and Lt. Col. Ely Parker, a Seneca Native American and Grant’s military secretary. He transcribed Grant’s surrender terms to Gen. Lee.
Special commemorative celebrations of the Civil War were held in Galena on the 50th and 100th anniversaries of the conflict. In 1961, more than 10,000 people witnessed a 90-minute parade which began a six-day historical pageant, including several hundred townspeople, and concluded with a fireworks finale.
“Our sesquicentennial events began in 2011, with ceremonies and presentations in Grant Park,” says Nancy Breed, executive director of the Galena-Jo Daviess County Historical Society. “Each year since we have displayed an exhibit of Grant artifacts from our extensive collection in the Galena & U.S. Grant Museum. Each display focused on a different period in his life. The current exhibit, entitled ‘Death & Legacy,’ will close out in May.”
Galena’s culminating activities to the sesquicentennial commemoration will take place this spring, beginning on April 9, the date of Lee’s surrender. That evening, a dinner theater performance of “Remembering Old Galena” will be presented at the historic DeSoto House Hotel, followed by a concert of Civil War songs performed by Galena’s Bell Choir. At sunset, church bells throughout the city will ring out as they did at the end of the Civil War.
“Over the next 10 days, there will be numerous events and activities throughout the city,” says Breed. “They include a Civil War fashion show, tours of historic buildings, an art exhibit, educational ‘reach-outs’ to Galena school students, and a performance by the Civil War 1st Brigade Band of Watertown, Wis.”
The centerpiece of these activities will be a series of performances of an original play written by local historian Ronn Toebaas. Titled “Peace in Union,”
the play is based on Toebaas’ research regarding the production of a huge oil painting by well-known editorial cartoonist and artist, Thomas Nast. The 9 X 12 painting, also titled “Peace in Union,” was commissioned by a newspaper man and philanthropist, Herman Kohlsaat, and depicts the surrender event at Appomattox. It was presented to the city of Galena in 1895, and hangs in the Galena & U.S. Grant museum on Bench Street.
Toebaas is a long-time volunteer at the museum, and for the past nine years has written scripts for local actors who participate in annual cemetery walks. This is his first play.
“I wanted to tell a broader story than just how the painting came about, so I included other Galenians who were part of the Civil War,” says Toebaas.
The play begins in London in 1894, with the original meeting of Kohlsaat and Nast, to discuss the possible commission. Another storyline follows the nine generals from Galena, and their roles in the Civil War and after, in Grant’s administration. Battles such as Grant’s siege of Vicksburg, communiques between Grant and Lee before the surrender, and Grant finishing his memoirs are also depicted in the play.
“These storylines come together at the end, when the painting is presented to the city in 1895,” says Toebaas. “All the characters appear as part of the audience to see the painting, or as persons in the painting. The play ends with a tableau that resembles the painting itself.”
Young U.S. and Julia Grant are portrayed by Scott and Peggy Whitney, local retired teachers who run a small farm near Seward. Frequent participants in local parades, historical events and educational presentations, the Whitneys also are featured in a holographic introduction to the Galena & U.S. Grant Museum. The older Grants are portrayed by Bob Buman and Vickie Gratton.
Play rehearsals started before Christmas, and include 42 local amateur actors, as well as musicians.
The play will be performed in historic Turner Hall on Bench Street four times over the 10-day period.
All events are open to the public, but some require admission fees and/or reservations. For more information, see galena.org or visitgalena.org. Tickets for most events can be purchased by calling the Historical Society at (815) 777-9129 or online at galenahistory.org.

The Kenosha Civil War Museum, located on the city’s waterfront, is dedicated to telling stories of the Civil War as experienced by people from Indiana, Minnesota, Wisconsin, Iowa, Illinois and Michigan. Its “Fiery Trail” exhibit includes talking mannequins who lead visitors through the war.
Central to the exhibit is a 10-minute film projected in 360 degrees, titled “Seeing the Elephant,” a euphemism soldiers used to describe their first experience in combat.
The production was filmed over Father’s Day weekend in 2013 at Wisconsin’s premier outdoor museum, Old World Wisconsin, near Eagle, using 360- and 180-degree cameras. Editors stitched the footage together to produce a seamless image that completely surrounds the viewer. “We used re-enactors from all over the country,” says Doug Dammann, curator of the musuem. “The outdoor museum was a perfect setting for the story, just like a Hollywood set. Much of the dialogue is directly quoted from letters written by the soldiers themselves.”
The film shows a typical upper Midwest community sending its young men off to war.
The film also explores what motivated them, and what they experienced before, during and after a battle. The surrounding images and accompanying sound effects put the viewer in the middle of a battle – very powerfully!