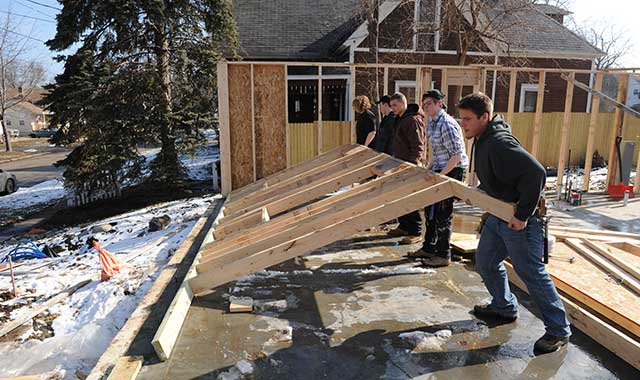 SwedishAmerican Foundation: One House at a Time

You’ll never guess what early game centered on choosing virture or ruin, as historian Gail Ravitts explains how toys evolved in the U.S., and which were made right here at home. 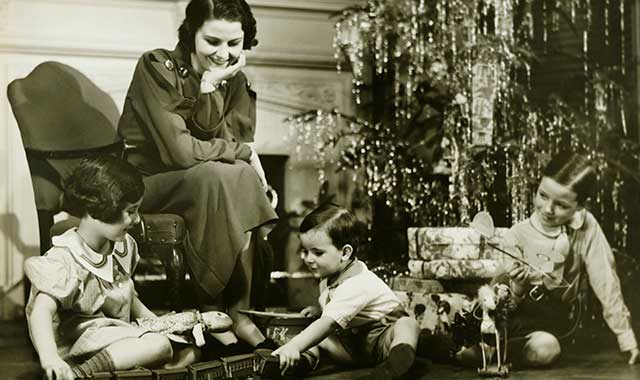 Toys in the Territory

What’s the only toy still made in the Old Northwest Territory? I believe it to be the iconic Sock Monkey Doll, fashioned from Nelson Knitting’s red heelwork socks and patented in 1955. You can make them yourself – the instructions come with the socks – or you can buy one at Midway Village Museum Center for $29.95. But that wasn’t always the case. In the 1950s, all of those baby boomers wanted toys, and area manufacturers were glad to oblige. They made trucks and trains and planes so sturdy that, after 60 years, many are still around – maybe in your attic, or in the hands of eager collectors. Here are some of them (spoiler alert: I will be making gender distinctions):
Nylint: Founded by Bernard Klint and David Nyberg in Rockford in 1937, Nylint, originally a producer of kitchen utensils, made war-related items during World War II, but post-war it converted the metal stamping facilities to make wind-up toy cars, some of which were models of actual Chrysler and Ford autos. In the ’50s, the company added high-quality construction toys such as a road graders and street sweepers, and other toys patterned after Le Tourneau and Clark Equipment. They continued to mimic Ford and Chevrolet trucks, pickups and even jalopy hot rods, and to make replicas of truck/trailer rigs for hundreds of companies. They were one of the first to enter the collectible market. By the 1970s, they produced Thomas the Tank Engine toys, but the pressed steel toy business was declining and, in 2001, Funrise Toys of California bought them out after 55 years of toy making, none of it including Betsy Wetsy dolls.
Tonka Toys: Founded in 1946 by Lynn Baker, Alvin Tesh and Avery Crounse, in Mound, Minn., Tonka first manufactured closet accessories and lawn equipment. In 1947, it purchased tooling equipment for two steel toys from Streater Industries: a steam shovel and a crane and clam, soon followed by dump trucks, wreckers, semi-trucks and box vans, but no doll buggies. For 25 years, Tonka Toys persevered; it was featured in Toys and Novelties magazine in 1956. But by 1982, production was moved to El Paso, Texas, and, in 1991, Hasbro Inc. bought it and moved it to China, where small plastic trucks have replaced the once-mighty steel Tonka brand. In 2001, the Strong National Toy Hall of Fame, in Rochester, N.Y., placed Tonka trucks in its Hall of Fame, along with Silly Putty, Slinky, Mr. Potato Head, Lincoln Logs, Barbie, the Hula Hoop and the Frisbee.
Structo Toys: “Structo Toys Makes Men of Boys” was the advertising claim of this company, founded in Freeport in 1908 as Thompson Manufacturing Company. The name changed to Structo Manufacturing in 1911. The name referred to the “inde-structo-ble” steel toys made there. To commemorate the 100th anniversary of the name change, the Stephenson County Museum mounted the “largest display of Structo Toys ever under one roof” on Sept. 3, 2011. In spite of storms and rain, hundreds of former Structo employees, toy collectors and area residents toured the exhibits. Structo steel building sets were a forerunner of A. C. Gilbert’s Erector Sets. In 1917, Structo introduced roadsters, tractors and dump trucks. After 55 years of toy production, the company was sold in 1973 to a manufacturer of farm toys, Ertl, in Dyersville, Iowa. No Easy-Bake Ovens to make women of girls were among their products.
Testor Corporation: This manufacturer was founded in Rockford, around 1930, by Nils Testor, as a producer of “Crystal Clear Household Cement,” a useful product for model builders. When World War II limited access to the chemicals in his glue, Testor began producing static pinewood models of aircraft that became very popular. In February 1944, a fire at the plant caused damages of more than $200,000, but less than a year later, a new plant was built and production continued. In 1949, Testor took the next logical step in model airplane building by adding an engine. To this end, he joined with Charles Miller, president of Duromatic Products, a manufacturer of the McCoy hobby engine. In the early 1970s, Testor reluctantly added plastic models to his production. Then, in the 1980s, Testor Corporation shook up the model market (and maybe even Northrop and the Air Force) when it marketed a model of a “stealth fighter,” the F-19, and sold 700,000 of them before the military admitted there was such a plane. It more resembled the SR-71 Blackbird than the actual stealth plane, the F-117 Nighthawk, but it was Testor’s best guess.
By the 1980s, women were flying in the Air Force, so we’ll say the F-19 was a girl’s toy. That’s progress! Testor is now a brand name within Rustoleum and still manufactures some small model airplanes, as well as glues and cements in Rockford, the last of the toy industry in the Territory.